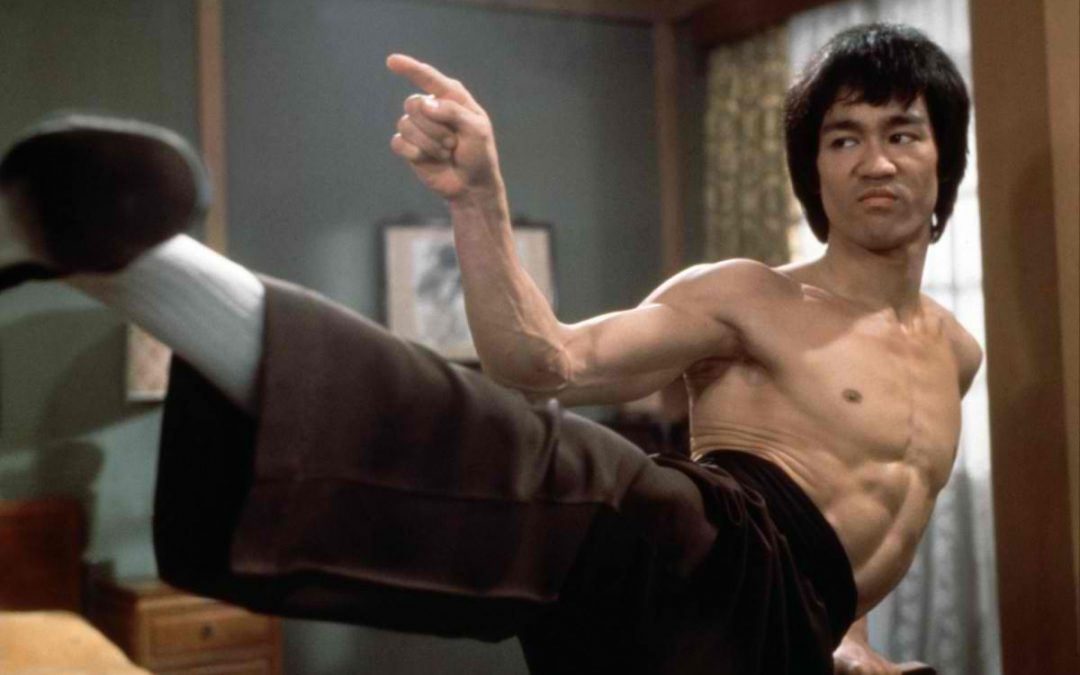 Your Bruce Lee Phase (A Giveaway!)

There’s something remarkable that happens to most martial artists  – they go through a Bruce Lee phase. It may happen right away (an inspiration to get into training), or not for decades. But sooner or later, they catch a glimpse of Bruce’s flashing techniques and nunchaku, and the addiction sets in.

A lot of sports and pastimes have enduring figures, but there is something about Bruce Lee that inspires deep study. It’s common to hear of martial artists catching “Enter the Dragon” on TV, only to quickly go on a hunt for all the other Bruce Lee movies ever made. They quickly stumble across dozens of fake cash-ins, with actors like Bruce Li and titles like “Bruce Lee the Invincible”. New Bruce fans will eventually encounter the perplexing “Game of Death”, in which Bruce Lee appears but is augmented with fake actors and cut-and-paste photos of his face. What an intriguing set of circumstances! 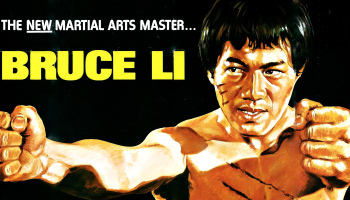 Movie fakes, philosophical books, death under unusual circumstances…all of this combined with a skillset never before seen on film. Bruce had raw charisma and martial abilities that required no fancy camera work or sped up film-making to look impressive. Rumors of Bruce’s street fights and nasty temper juxtoposed his deeply introspective nature. All in all, he had (and still has) a near irresistible combination of mystique and tangible skill.

Bruce Lee died in 1973, but on November 27th we will get a chance to celebrate what would have been his 75th birthday. It’s a sobering thought that Bruce could still be with us, making movies and leading a movement. Of course, had he lingered…perhaps his mystery and aura could have faded. We’ll never know. In honor of this upcoming milestone, I’d like to reflect on how I first got hooked on Bruce, and then I’d like you to share your story as well (and win some Bruce prizes in the process).

My Bruce Lee Phase – Part of the Classical Mess

I began my karate training when I was 11 years old and didn’t discover Bruce Lee until I was in my mid-to-late teens. I was knee deep in a traditional karate style, and still ignorant enough to be confident that it was pretty much the best style in the world. At that time there was no Youtube and I only had access to a few dozen TV channels (most of which were entirely useless). It took a random encounter with “Enter the Dragon” for me to discover a man so fast that I couldn’t even understand the techniques he was applying. Wow! After my first partial viewing of “Enter the Dragon”, thoughts of Bruce stayed with me. Who was this guy? Did he have other movies? Can I rent them at Blockbuster? 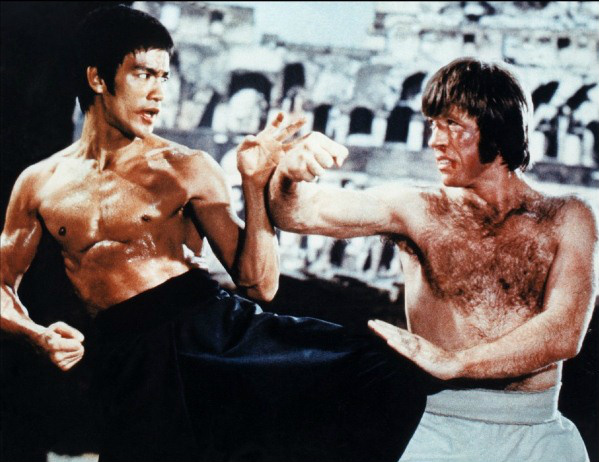 Despite this slight of hand, I loved the movie. The voice dubbing was questionable at best, and the translation was frequently awkward. None of that mattered. Bruce was electric and he was routinely beating up karate men. Can you imagine such a thing – someone being able to beat up a karate man? At the end of the movie, Bruce was even able to defeat the champion of the USA played by a small time actor named Chuck Norris.

After “Return” I was hooked. I sought out “Enter” as well as the deeper movies. I began my research on Bruce’s life, and secured as many documentary books, films, and websites as I could. I remember trying to replicate the training routine he did while in his room during “Enter the Dragon”, ten seconds of baffling athleticism:

Years later, as I matured as a martial artist and researcher, I discovered the more human side to Bruce. I came to understand his fallibility, and some of the demons that chased him (fame, racism, ego, etc.) I also learned that he was not the hands-down greatest martial artist of all time. We hear about his fabled successes in the street, and see footage of his impressive demonstrations, but he knew very specifically the arenas in which he would be best served, avoiding the arenas where his legend might be tarnished. Of course, humanizing a hero can be a sobering affair, but I found him all-the-more interesting for it.

Now it’s your turn. Please share a little bit about how Bruce Lee affected your martial arts career. If you’ve never experienced a Bruce Lee phase, explain why not!

If you share some of your story in the comments below, you’ll be automatically entered to win one of the following prizes:

These titles come courtesy of Tuttle Publishing, perhaps the most diligent purveyor of Bruce Lee material. I thank them for sponsoring this giveaway. Now, tell me about your Bruce Lee phase in the comments below!