You gotta hand it to the guys at DW, they keep changing things up. This week, instead of general warriors, they have selected two specific individuals – William Wallace vs Shaka Zulu. 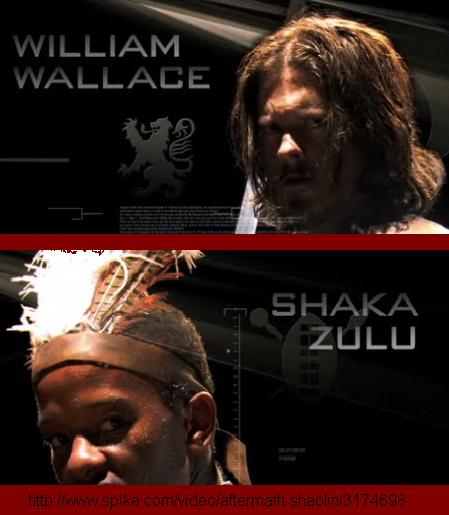 Let’s take a quick peek into both of these warrior’s histories, and then discuss if a one-on-one of this nature is a smart idea.

It turns out that William Wallace is more than just Mel Gibson’s character in Braveheart. He was an actual dude – and a pretty impressive one at that. He started out as a landowner but became a resistance leader during the Wars of Scottish Independence.

Through a series of unfortunate circumstances, the right to the Scottish throne went up for grabs around 1300 a.d. Kind Edward of England capitalized on the ensuing confusion and bickering provinces by trying to force his hand and become ruler himself. Although many of the Scottish lords acquiesced to Edward’s pressure, a resistance grew (led by William Wallace).

As far as can be determined, Wallace used traditional Scottish weaponry. Most famous was the claymore or great sword, wielded by Mel in Braveheart. I’m not a period expert, but this is generally what they looked like: 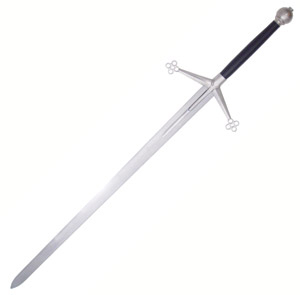 In addition were broadswords with basket hilts and smaller dirks. The Scots were also known to utilize rounded shields, bows and arrows, and battle axes. So look for those weapons to make an appearance.

Much like Wallace, Shaka Zulu became a military leader and was a brilliant tactition. However, it would be a stretch to consider these two men parallels. Zulu was a slaughterer of the weak and a uniter by force.

Starting out as a warrior underneath the chieftain Dingiswayo, Zulu distinguished himself as a fighter of great courage and valor. After many years learning combat, Zulu (with the aid of Dingiswayo) became a chieftain in his own right. Through great political maneuvering and military acumen, Zulu grew his sphere of influence. Upon the death of Dingiswayo (by way of assassination), Zulu swore revenge on his killers and begun his accelerated growth into expansion and conquering.

Ultimately, Zulu united the Nguni people and took over a great amount of territory in Southern Africa. In doing so he created great social, military, and technological change.

A weaponry traditionalist, Zulu will likely bring old-style weapons to DW. Definitely expect to see the shield and spear combination. 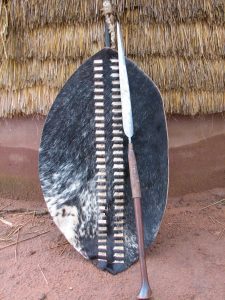 Zulu (as a people) were also known to use clubs, throwing javelins, and knives.

Is the Individual Concept Smart?

The big question for this matchup: is it smart to use individuals over general warrior styles? On one hand, you can talk more accurately about what weapons they both used historically and how they behaved in battle. You also have some general idea of their physical prowess and intelligence.

On the other hand, how can you really test two individuals without letting them literally fight it out? With the general warrior model, you could test weapons and broad physical characteristics and make assumptions. With specific people, you don’t have that wiggle room.

In general, I have to say that I prefer the general warrior method. It allows the imagination to enjoy the possibilities of different warriors, whereas using specific people is going to get me hung up on the logical flaws of the tests.

That being said – I’m going to pick William Wallace as the winner due to better weapon technology and the advancements in metalurgy.