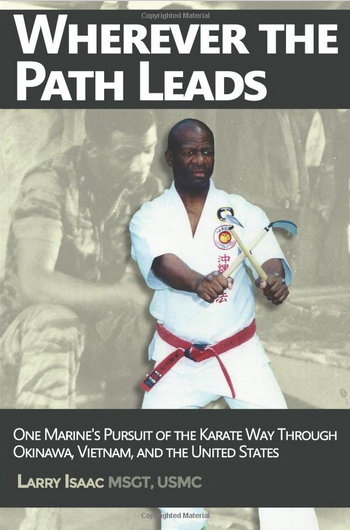 Wherever the Path Leads

Interested in learning about the Vietnam conflict and the early days of karate in the USA and Okinawa from someone who was there?

I’m happy to announce the launch of “Wherever the Path Leads: One Marine’s Pursuit of the Karate Way through Okinawa, Vietnam, and the United States”. This is the autobiographical work of Larry Isaac, Hanshi, Okinawa Kenpo.

Isaac Sensei was kind enough to bring me in as a collaborator on the writing, formatting, and publishing of the book.

What’s in the Book?

Isaac Sensei grew up in an era with a lot of racial unrest. The Vietnam conflict only served to underline existing tensions between Americans of differing backgrounds and ethnicities. While navigating those challenges, Isaac Sensei discovered a mysterious martial art known as karate, which had only begun to spread out from its birthplace of Okinawa. This book describes Isaac Sensei’s journey and thoughts on all of these subjects and more!

If you’s like to grab a copy for yourself, please visit this link.

If you’d like to request a signed copy, fill out the form on LarryIsaacBook.com.