What the Death of Vernon Forrest Can Teach Fighters

Former boxing champion Vernon Forrest was shot and killed in Atlanta, Georgia on Saturday July 25th. The incident occured at a local gas station where Forrest was robbed at gun point and killed a few minutes later when in pursuit of the robber.

This is an extremely unfortunate event; one that every martial artist and fighter should take note of. 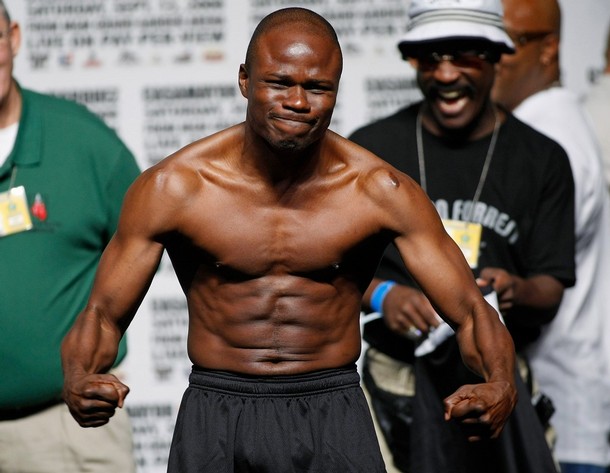 Forrest, 38, is best known as the first man to defeat Shane Mosley (an extremely dominant force in the boxing world). Forrest was also a member of the 1992 Olympic boxing team alongside Oscar De La Hoya. Achieving a professional record of 41-3, Forrest was able to attain the ranks of welterweight and junior-middleweight champion.

On Saturday the 25th Forrest stopped at an Atlanta gas station to refill the air in his tires. His 11-year-old son was in tow, whom Forrest allowed to enter the gas station itself. While refilling, Forrest was approached by a gun-wielding assailant and was robbed of his Rolex and championship ring.

As the robber made his escape, Forrest retrieved a firearm from his vehicle and began pursuit. The chase went on for roughly 3 blocks where the assailant was able to slip away. Forrest, still in close pursuit, encountered another individual, according to police lieutenant Keith Meadows:

“Forrest comes around the corner and he encounters another individual who we believe has a gun in his hand,” Meadows said, adding that Forrest and the second person “exchange words” before Forrest “realizes that this is not the individual who actually robbed him.

“So he turns to walk away and it was at that point the subject shot Mr. Forrest a number of times in the back,” Meadows said. – Yahoo Sports

Here we have a sports fighting phenom – strong, fast, confident, and effective. On top of that, he was reportedly a great father and humanitarian outside the ring. Yet despite all that he still fell victim to a classic case of street violence.

No matter how much ground-n-pound, kyusho, or sparring we do, we can never be sure how things will unfold on the street. Furthermore, if we let our anger and self-confidence take ahold of us, we might exacerbate an escapable situation.

No one can be blamed for Forrest’s death besides the assailants. However, it is becoming more evident that Forrest made questionable decisions in dealing with his situation. The first of which was making the choice to stop. Trainer Emanuel Steward had this to say:

“I always preach to my boxers to never stop for gas late at night when you don’t know your surroundings,” Steward said. “Vernon did, and his natural instinct as an athlete was to go after his assailant. He’s going to fight back. The problem is everyone, it seems, has a gun.” – Freep.com

Awareness and proper planning are very underrated tools for self defense. No matter how skilled or well armed you are, Steward is right – it seems like everyone has a gun.

The second issue was Forrest’s decision to chase after his possessions. I can only imagine what kind of sentimental value the championship ring must have had, but it was replaceable. As that robber ran off so did the immediate danger to Forrest and his son. Unfortunately, street justice wouldn’t have been served, and Forrest seemed like the kind of man who wanted to punish wrong doing.

Who can say they haven’t felt the same way at some point? 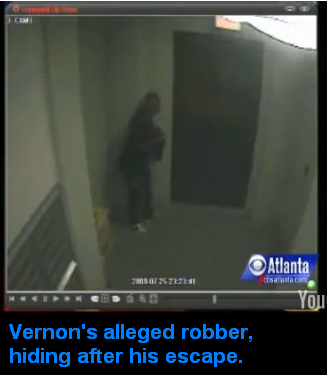 We need to take stock in our training and realize the importance of the mental side of body, mind, spirit. We need to be able to quickly choose when fighting is necessary and utterly required to protect ourselves and others. This is extremely difficult, especially when combined with the quick chaotic nature of true violence.

The third issue was Forrest’s disengagement from his eventual killer. When Forrest lost site of his robber, he encountered another individual who was allegedly wielding a firearm. The two exchanged words, and Forrest realized that this wasn’t the guy who robbed him. After that, he turned his back to walk away, and was shot repeatedly.

I don’t know what was said, but there is absolutely no reason to trust this random, armed individual enough to turn your back or drop your guard even for a moment.

When it comes to violent events, hindsight is easy. We can do shoulda-woulda all day, but the fact is those split second decisions determine the final outcome of the event. Perhaps we can store Forrest’s untimely death in the back our minds so that we might learn from it.