What is Karate? (An Overview of the Okinawan Art)

The word karate (kah-rah-tay) has become ingrained in our western culture. One simple Google search will reveal a vast amount of movies, books, and “dojos” all based around this foreign art.

Unfortunately it can be very tricky understanding what karate actually is. Hollywood is no help. They’ll do whatever turns a profit, even if it means taking a movie like “The Karate Kid” and making it about Kung Fu.

This article is here to provide important highlights that will help you understand karate, where it came from, and what it looks like in the modern world. Don’t worry – this won’t be boring. In fact, the real story of karate is better than any Hollywood flick I’ve seen to date. 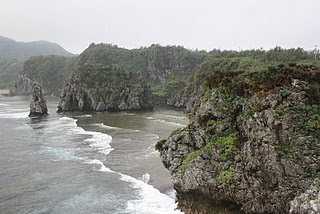 Our story begins long ago on a tiny island off the coast of Japan. It was known as the Ryukyus, now called Okinawa. The native inhabitants of Okinawa were an industrious people, laboring for generations in the arts of farming, fishing, and trade. Over time their island became a popular port thanks to their fortuitous geographic location, placed amongst larger Oriental powers. For almost as long as history can record, traders from countries like China and Taiwan have visited these welcoming shores.

The Okinawans, or Uchinajin in their native Hogen language, lived with all the ups and downs of ancient civilization.  Their troubles included (but were not limited to) invasions by marauders, pirates, and thieves, as well as territorial conflict between island factions. The Okinawan soldiers of the time compiled a method of combat to better kill enemies. It was known simply as Ti, “hand”, and was hard, aggressive, and effective. 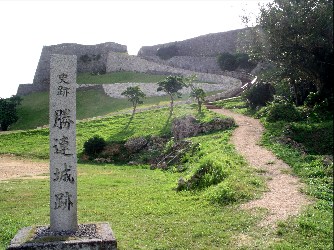 Like most ancient civilizations, Okinawa developed as a series of provinces, each ruled by a lord (anji). By about the 14th century, Okinawa had whittled itself down to three main territories: the Hokuzan (northern), Chuzan (middle), and Nanzan (southern). Around 1429 one particularly ambitious lord named Sho Hashi of Chuzan decided it was time to bring everything under one roof.

Sho Hashi made aggressive and swift raids against his neighbor to the north, whom he saw as a potent military threat. Upon seizing the capital of Hokuzan and annexing their land, he turned his attentions to Nanzan and conquered it as well.

Throughout this entire process, Sho Hashi injected more and more Chinese culture into his territories. Naturally the Chinese emissaries approved of this, and the relationship between China and Okinawa grew with Sho Hashi’s successes.

By this time, The Ming Dynasty (China) had asserted dominance over trade in the area and had brought Okinawa under it’s umbrella as a tributary nation. Due to this, travel between the two countries increased heavily in order to trade, pay tribute, and share knowledge.

Chinese and Other Outside Influences 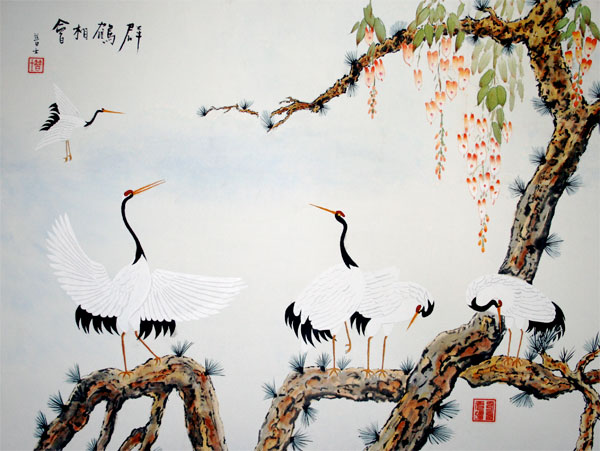 Thanks to the territorial unification and geography of Okinawa, a wide assortment of emissaries, bodyguards, and soldiers made their way to the island from countries like China, Korea, Japan, and Taiwan. Some of these visitors brought great martial knowledge from their respective cultures and shared it with the higher class Okinawan Gentry and bodyguards (known as Shizoku and Pechin).

These influences slowly combined with the indigenous art of Ti, especially as China became more and more dominant in the operations of Okinawa’s trade routes. Eventually, the predominant self defense art of Okinawa became known as Kara Ti, or “China Hand”. It was at this time that karate began to exude some of it’s sophisticated philosophies along with soft, circular techniques. In addition, since the Shizoku and Pechin of Okinawa had less territorial struggles to deal with, they could spend more time in the thoughtful study of their fighting “arts” while integrating new sources of knowledge.

The result was a method of self defense that was hard and soft, simple yet in-depth, and utterly devastating.

Around 1477 the second Sho Dynasty was in full swing and lord Sho Shin was beginning to flex his political powers. Sho Shin was a skilled ruler and economist; in fact, his reign is often referred to as “the Great Days of Chuzan”.

Sho Shin was also a crafty politician. He knew the territorial nature of Okinawa, and decided to bring the provincial rulers (anji) into a more centralized government. He forced the anji to live in the city of Shuri, making it much easier for him to watch them and more difficult for them to form insurrections in their homelands.

Sho Shin took things one step further. He decreed that all of the wartime weapons (swords, spears, bow and arrow) from the provincial soldiers were to be stored in Shuri and kept for governmental use. This was, effectively, a weapons ban on anyone who wasn’t in the central government’s armed forces.

Up until this point most of karate and kobudo (the unique farm tool style implements of Okinawa) had been the property of privileged Shizoku and Pechin who had access to Ti and Chinese envoys. Now the art was beginning to disseminate into the masses who needed more inventive ways to protect themselves. 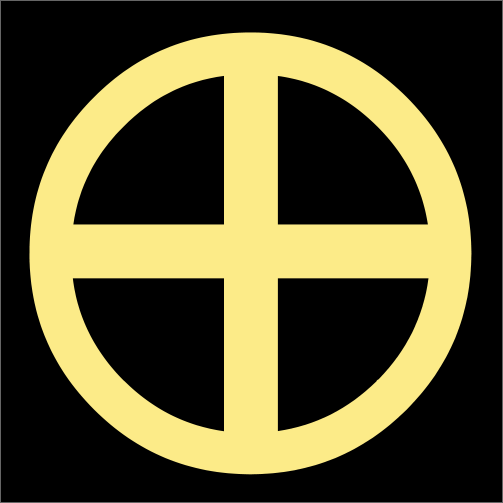 Sho Shin’s policies stayed in place even after his death. In fact, the weapons ban was still active when the Shimazu Clan of Satsuma, Japan invaded the island in 1609.

The Okinawans had an armed central government, but compared to the lethal invasion force of the battle hardened Satsuma, it simply wasn’t enough.

The Satsuma swiftly conquered Okinawa and declared it a province under Japanese rule. They analyzed the weapons ban put in place by Sho Shin and decided to reinforce it. Now it was the Japanese who were armed on the island with only a very small peace keeping force remaining of the once strong Okinawan military.

The Okinawans had a whole new set of problems to deal with, including ronin (rogue Samurai), heavy handed Japanese enforcers, and entitled Japanese lords who had their way with Okinawan land and people. In these times karate became a rare and priceless tool of defense.

The Okinawans knew that if the Japanese learned too much about karate, they would instinctively seek to snuff it out. Therefore, the Okinawans made a strong effort to hide their vicious means of life protection. Karate and kobudo became hidden in dance, farming chores, and night time meetings among masters.

A Tough and Winding Road

It was tough sledding after the Japanese invasion. For awhile relationships were not particularly friendly (as you might imagine). Karate and kobudo continued to be passed along among pockets of Okinawans. They would collaborate as much as possible to share and improve knowledge, but it wasn’t always easy.

In fact, the lockdown on gossip about karate was so tight that very few records exist about specific karate masters until around 1733 when Satunushi “Tode” Sakagawa came onto the scene.

Sakagawa was allegedly the student of an Okinawan named Peichin Takahara. It’s believed that Sakagawa combined his study of Ti with Chinese martial arts, received from an individual named Kusanku. He passed on these learnings to one of the most famous Karate practitioners of all time – Sokon “Bushi” Matsumura. 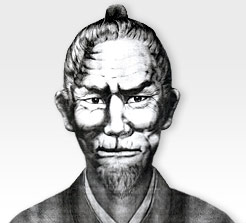 After Matsumura, records surface of other practitioners with their own unique stories and influences. In fact, three general “styles” of karate develop, known as Shuri-Te, Naha-Te, and Tomari-Te (all based on the cities they developed around).

The Spread of Karate to Japan

Just like any good secret, the word about karate eventually got out. The Japanese ultimately witnessed a few small demonstrations of this “indigenous Okinawan art”, but it wasn’t until wartime that karate became something worth talking about.

During the Sino-Japanese war the Okinawans were forced to enlist and fight alongside the Japanese. It wasn’t a smooth relationship (The Japanese thought of the Okinawans as rather backwater, and often had difficulty understanding their language of Hogen). Nevertheless, the Okinawans proved fit and capable soldiers with tactics enhanced by their study of karate.

In time the Japanese emperor decided it might benefit wartime efforts if young Okinawans all learned karate and became fit soldiers.

Of course, karate was a highly complex fighting system with Okinawan culture heavily ingrained in it’s practice. The Japanese overseers thus decided it would be best if karate was simplified and regimented, with more nationalistic overtones for the good of Japan.

An individual named Itosu Anko, student of Bushi Matsumura, was placed in charge of this effort. He headed up the introduction of karate to schools in Okinawa. One of his students, a school teacher named Gichin Funakoshi, began introducing this new version of karate to universities in Japan. Due to the tumultuous relationship between China and Japan at the time, Funakoshi used a homonym of karate (same pronunciation, different meaning) which meant “empty hand” instead of “China hand”. This interpretation of the word karate, first referenced in a book by Hanashiro Chomo entitled ” Karate Shoshu Hen”, has stuck ever since.

The Spread of Karate to the World

The Battle of Okinawa was one of the bloodiest conflicts of World War II, and the Okinawans bore a large brunt of it. In fact, more Okinawans died during that 82 day maelstrom than Japanese did during the bombings of Nagasaki and Hiroshima. 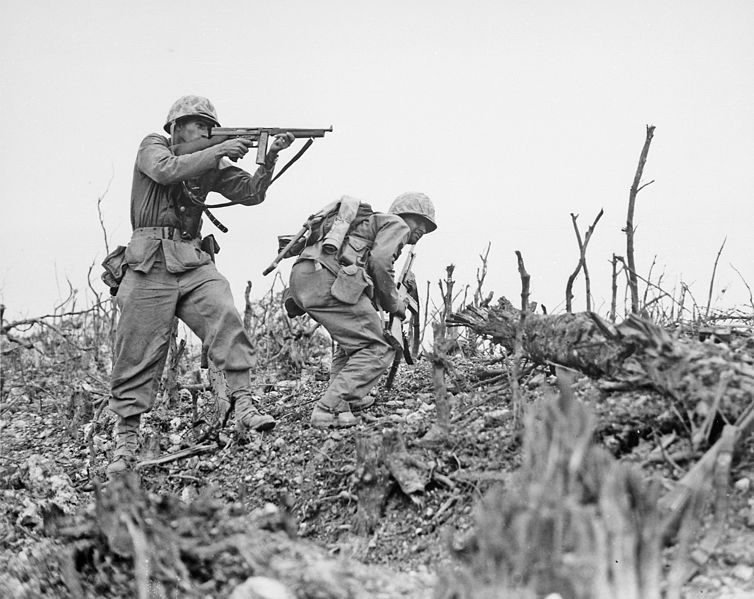 After the Americans defeated the Japanese and took control of the islands, the soldiers stationed there naturally began interacting with the native inhabitants. In time they learned about the culture, food, and lifestyle of the Okinawans, including a peculiar self defense method known as karate.

During their tours of duty after World War II and through Vietnam Era, many of the soldiers studied diligently with the Okinawan masters. In addition, non-military travelers from the U.S. and other countries began taking advantage of the new western occupation and arranged for extended visits. From that period of early 1950s and onward, karate began it’s steady climb toward globalization.

The Diversification of Styles

After World War II, many different styles of karate began to develop. There were two major factors for this happening:

1. During the early spread of karate to Japan and other areas, karate instructors needed a label for their art in order for it to be recognized by governing bodies. Thus, many of the senior practitioners chose a specific name for their brand of karate. Goju Ryu, Shorin Ryu, Shotokan, etc were born.

2. During and after the Battle of Okinawa many of the old masters died. This left a void in how the arts were passed down from generation to generation. Many of the senior students, now left masterless, had to decide how to proceed and keep the arts alive. New styles and branches of existing styles developed as students attempted to decide the best way to proceed.

Nowadays many styles are born for marketing purposes, or because practitioners never received a full art and instead pieced together bits from various different arts. Sometimes new styles are created out of necessity, but often they are created for profit and personal gratification.

What You Find In the Strip Mall 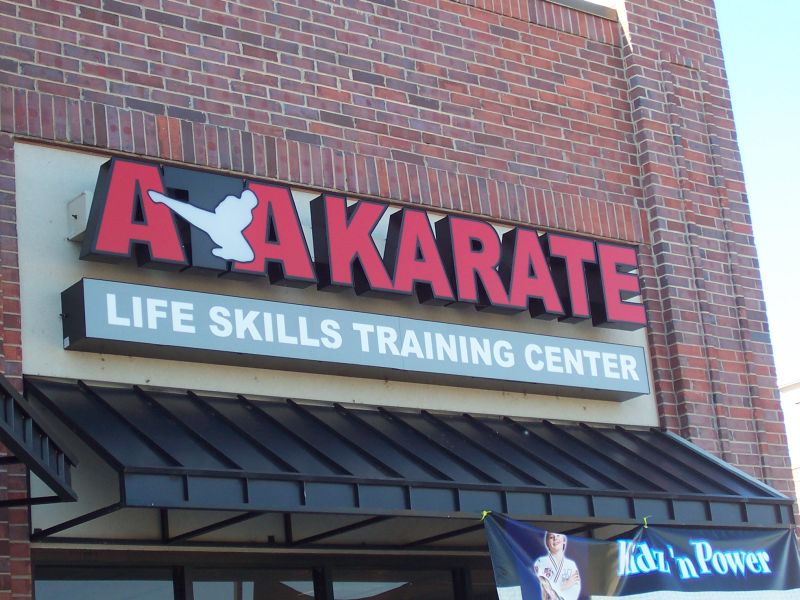 If you’re looking to get involved with karate you have a tough decision to make. As elaborate and in-depth as this history of karate has been, it is only a brief overview of all the factors and key players that have gone into the development of karate as we see it today.

In America, every small town has a handful of schools and “masters”. Some are likely to have real credentials, while many do not. Some karate isn’t even karate; it’s taekwondo that has experienced a name change for marketability.

Much of what the original Okinawans developed has been sifted out, first during the spread of the art in schools and universities, and second as business people watered down the art for commercial gain.

Nevertheless, if you do the research and look hard enough, you can still find outstanding practitioners of karate that have devoted their lives to the propagation of the life protection arts, founded centuries ago to preserve a very unique island nation.