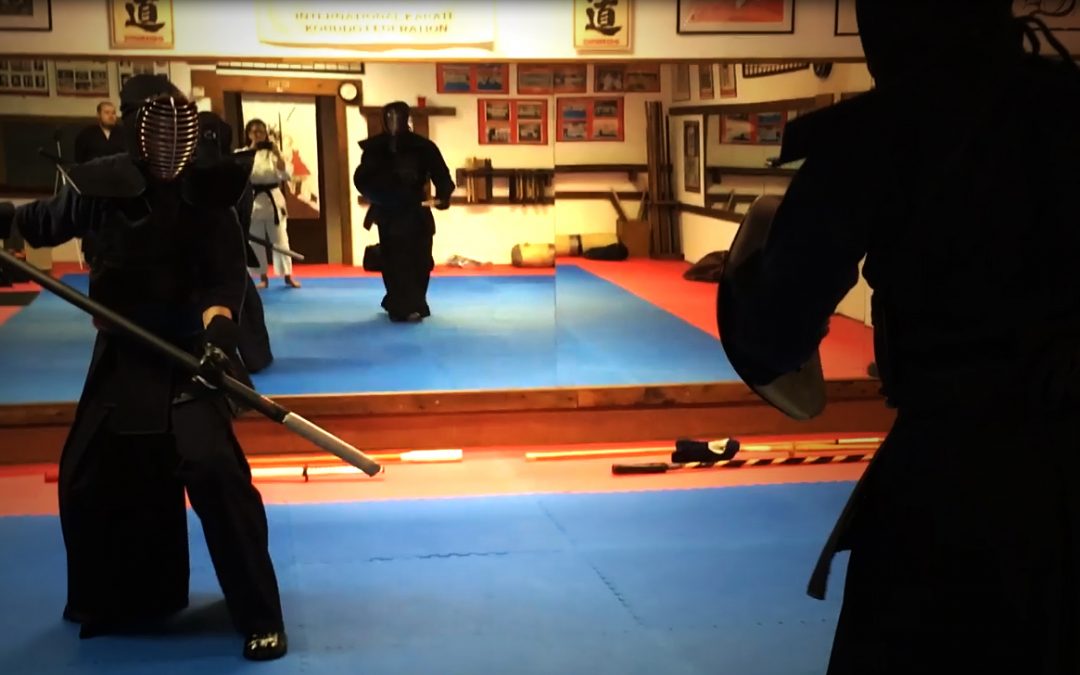 I love the weaponry of Okinawa and Japan. They offer different perspectives, nuance, and solutions to unique cultural problems. When handling these classical weapons it allows us to step back in time and feel what battle might have been like as warriors got up close and personal with their enemies. 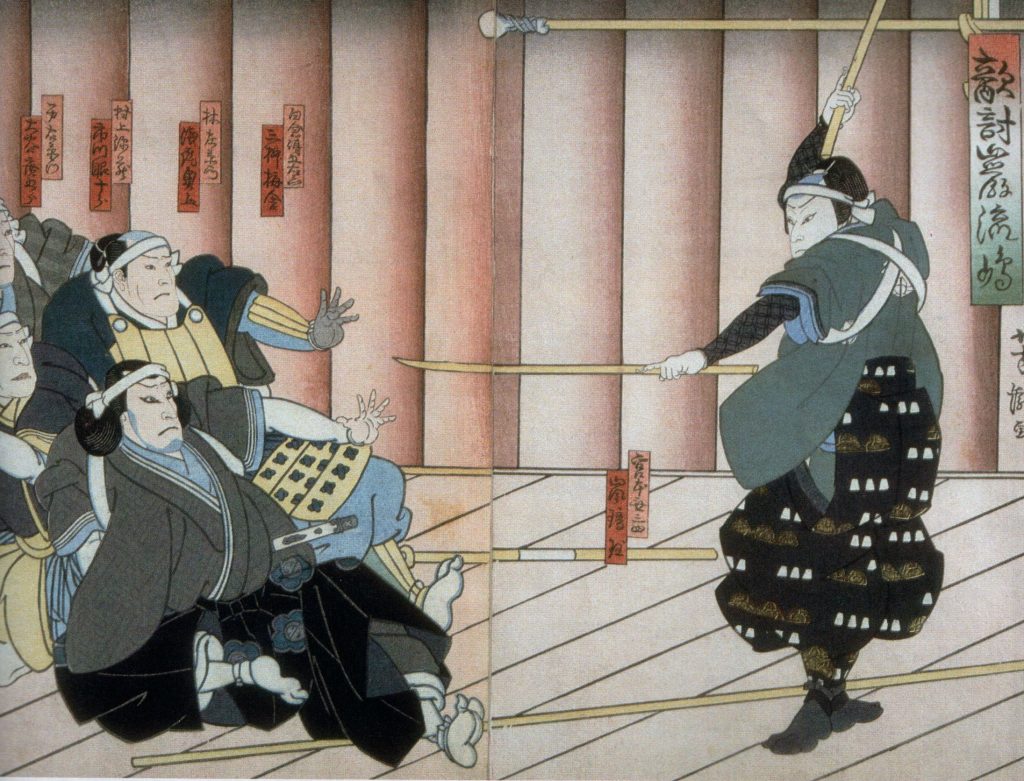 Of course…we can only replicate a fraction of their experiences while keeping our dojo partners fit and hole-free. In martial arts training, there is an inevitable slide away from the realism of ancient weapons fighting techniques. We simply don’t have the means of practically using these tools in day-to-day life. Various styles have found unique ways of dealing with this problem, some shifting into sport competition and others turning to acrobatic demonstration. Many traditional styles have retreated into kata, making as much effort to preserve the form and function of the weapon as possible.

For budo and kobudo schools deeply invested in the functionality of weapons, the question eventually arises…do our methods actually still work?

Let’s analyze that, and then view some weapons in action.

Does it Matter if Your Weapons Curriculum Works? 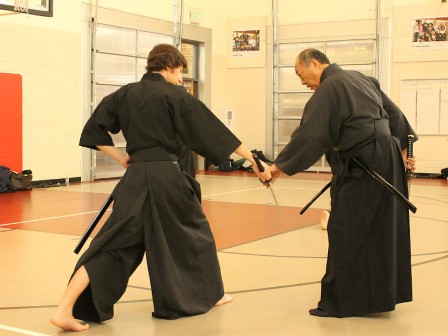 This sounds like a sarcastic question at first, but it’s really not. I think every martial artist who dabbles in weapons needs to determine what their end goal is. For example, many legitimate iaido styles consider combative effectiveness a secondary concern, to be worried about “later”. They have pivoted their curriculum to focus on the development of mental focus, economy of motion, and beauty in performance. That is an admirable pursuit.

You also have the baton twirling, katana tossing, multi-“numchuk” spinning that goes on at tournaments and causes classical practitioners to have red-faced spasms. Such demonstrations aren’t really kobudo or budo anymore, but it shouldn’t be a mystery how some styles got there.

A Few Reasons to Care About Effectiveness

I appreciate art for art’s sake, but when it comes to weapons I put in a lot of effort to make sure it works. here’s why.

How to Integrate Sparring with Weapons 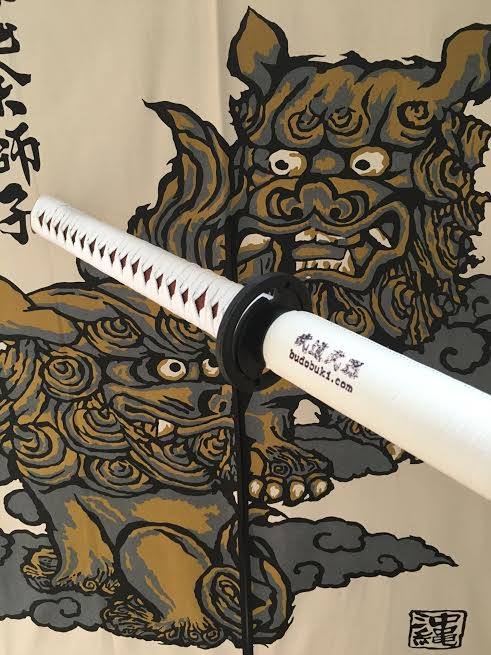 If I’ve subtly convinced you that efficacy with weapons matters, we should ask the follow up question: how do we actually go about training for it?

The best place to start is with kihon, or drills designed to allow one weapon to safely strike and manipulate another. This transition from kata is often jarring, even under controlled environments. Once the actual impact and feel of the weapon starts to become second nature, the student can relax a bit and get a sense for how the distance, timing, and angles differ slightly from weapon to weapon.

Once kihon is in place, adventurous souls can integrate free sparring. So let’s look at a few tools of the trade.

I place a lot of value on both armored and unarmored freestyle sparring. My definition of unarmored is wearing a basic dogi or hakama and uwagi top. This light clothing provides unparalleled movement and visibility, allowing you to “feel like yourself” in technique and movement. The downside is that the prospect of injury is higher, so the control of the combatants must also be higher. This is where something like Budo Buki weapons really shine. To see what I mean, watch this short video.

As you can tell, there were multiple moments of real contact without any serious injury. However, none of the participants allowed themselves to go into wild swinging brawls. There needs to be a significant amount of understanding between combatants when a killing or maiming strike is made, thus creating a disengagement in order to start a fresh encounter.

Armored fighting is a heck of a lot of fun…after you get over the sensory overload of it. I tend to use typical kendo armor combined with hockey knee+shinpads and various pieces of standard foam dipped sparring gear. The result is a mostly protected body. Despite the added protection, fighters still need to maintain control and poise as it is very possible to generate concussive power, even with padded weapons. Blind spots are also much more of a factor, so taking side and back shots becomes increasingly dangerous.

For an example of armored weapons fighting, check out this video:

As you can see, the level of impact was appreciably higher. In addition, we integrated a number of alternate implements, including eiku, bo, timbe rochin, and naginata. The Budo Buki implements were able to withstand impact against these bamboo and padded hardwood weapons without tearing, bending, or any other kind of strategic compromise.

In the video above you also see a difference in mindset. During a few of the bouts, we utilize a randori style of fighting where the action continues even after a hit. In other instances, we set ourselves to the understanding that a single cut or strike is life threatening. It becomes a matter of deciding if the armor represents actual armor, or if it is just a substitute for skin.

Obtaining Weapons with Safety in Mind

Old style bamboo weapons like shinai can be obtained through most modern martial arts vendors. I definitely recommend having a few on hand, especially when armored fighting comes into play. However, if you’d like the flexibility, safety, and style of weapons demonstrated in the above videos, it might be in your interest to go to http://budobuki.com/. 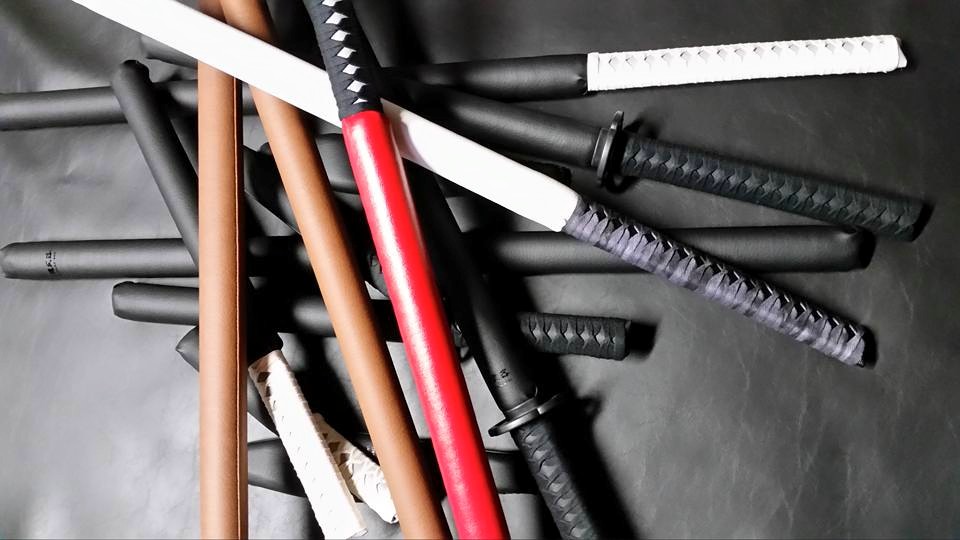 Budo Buki’s implements are a fairly new element to my weapons training, and I am very grateful to the company for supplying the implements you saw in the videos. I’m likely to continue expanding my treasure trove of Budo Buki weapons, especially as they continue to expand their customization options (color, style, tsuba, katatemaki, and a variety of other elements).

If you have any questions about the weapons we used, or our methods of sparring, leave a comment below!