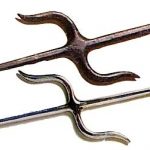 Walking the Beat with Okinawan Police

Okinawa is beautiful and it's people well-mannered, but even they are not protected from the realities of violence.

Throughout it's history Okinawa has been the stage for many conflicts and power plays, the two most notable being the Satsuma Invasion of 1609 and the Battle of Okinawa in 1945. During those times a great amount of combat went on, but what about the rest of Okinawa's history? What was it like day-to-day on the island?

For about as long as our records can tell, Okinawa has utilized a rudimentary class system. In it's early days the Ryukyu island chain (Okinawa being the largest of the islands) was split amongst a variety of chieftains. These small lords feuded in a constant tug of war for land and resources. Each ruler had a fighting class to battle for them and a working class to do the heavy lifting. 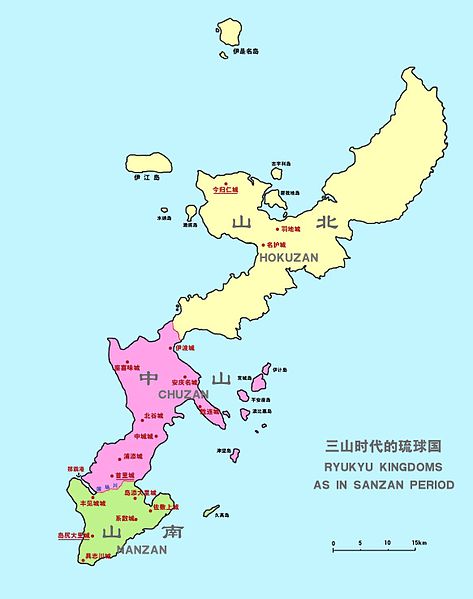 Eventually Okinawa conjealed into three main sects (known as the Sanzan period). A powerful ruler named Hashi (1422-1439) from middle Chuzan united all three territories after an extended military campaign. Years later, in the second Sho dynasty, Sho Shin (1477–1526) organized the local rulers in a unique way, pulling the leaders into a concentrated area in Shuri. He was also responsible for the first edict on the island banning the wearing and ownership of traditional weapons such as swords, firearms, spears, etc.

Weapons ban or not, the Okinawans had to deal with plenty of conflict in their normal lives. Territorial feudings persisted, rogue bandits known as wako scoured nearby islands (including Okinawa), and standard rabble-rousing was a stark reality.

What could be done?

Sho Shin favored a Confucian method of societal order, and as such established very distinguished classes amongst his people. Along with the local lords (anji) who were now under his watchful eye in Shuri, Sho Shin designated multiple levels of Pechin. Pechin could range from the lofty Oyakata who were officials from important families, to the rather pedestrian Chikudun who came from non-noble and even common families.

Among the lower ranks sat the Shikusaji Pechin who were responsible for day-to-day law and order. These men of action were based out of an administrative building known as hirajo and operated within the Okumiza Bureau in Shuri itself1. Branching out from this main department were lesser kogumiza organizations operating via hirajo found in each of the outlying provinces.

Rank Amongst the Police

Inside the Shikusaji Pechin class were even more delineations. The most important inspectors or police chiefs were referred to as Ufuchiku, while lesser inspectors held the title Wakichiku. Beneath the inspectors sat the "beat cops" who held the titles of Ufusaji (senior cop) and Wakisaji (junior cop)2.

As you can see, the rank and file were well established and even resembled the organizational structure of modern law enforcement.

Luckily for lower class Okinawans, the order of society under Sho Shin was a mix of familial inheretence as well as meritocracy, meaning that individuals had some room to improve their station in life.These external motivations helped keep people deligent and operating at their maximum effort.

The Tools at Hand 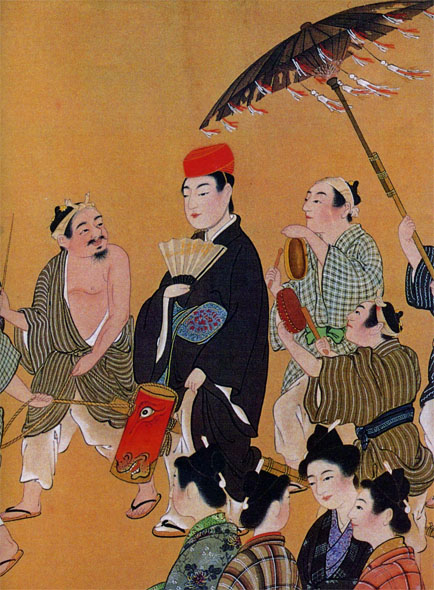 Up until Sho Shin's time it wasn't unusual to see the fighting class walking around with swords or spears. With the weapons ban in place, things got a bit more complicated.

The first tool of the Shikusaji Pechin was authority. Sho Shin's class development wasn't just on paper – each class could be distinguished by the flair and color of their garb. For example, Pechin could wear yellow or red hachimaki3 (headgear) depending on their rank.

Of course, eye catching dress wasn't enough on it's own; Shikusaji Pechin realized they needed a wide variety of public deterrents. Their duties ranged from corralling local drunks to engaging deadly wako, which required a diverse arsenal.

The two main weapons the Shikusaji Pechin adopted, especially after the weapons ban, were the sai and bo. The sai offered an exceptional ability to trap, ensnare, and deflect weapons. Sai were frequently unsharpened which meant they could break and bludgeon without killing.

Bo on the other hand offered a distinct length advantage along with clubbing capability. This allowed Shikusaji to control and dissuade perpetrators without resorting to lethal force. When combined, the distance and prodding of the bos along with the pinning and striking of the sai made for an effective system.

The sai itself was constructed out of high quality metal, something rather rare on Okinawa (remember the island was never rich with natural ore). Therefore seeing a sturdy pair of sai on the hip of a policeman was akin to seeing a well polished badge.

Naturally, the Shikusaji Pechin also took interest in weapons that would always be available – fists and feet. As such, they became active players in the importation and integration of empty hand technique.

Direct Impact on Karate and Kobudo

The impact of Shikusaji Pechin on karate and kobudo is not theoretical; there are multiple examples of it's influence. One of the most important men in this realm was the police chief of Shuri itself. This powerful man went by multiple names (as was common at the time), including Kinjo Sanda, Kinjo Daichiku, Ufuchiku Kanegushiku, Masanra Kanagusuku, and Usumei Kani. Whatever he was called, he was to be feared and respected.

Kanegushiku was said to be a rather private man but in his later years chose to pass on some of his learning, even developing his own sai kata4.

Since Kanegushiku's time law enforcement on Okinawa has had a constant impact on the direction and mindset of karate and kobudo.