“After UFC 103, Vitor Belfort gave credit to karate (and Jesus– a natural pairing) for his immaculate victory over former UFC champ, Rich Franklin. No surprise there, since “The Phenom” has been training in karate for years and has close ties with Lyoto Machida, the mixed martial arts Messiah of karate.” – Dom Velando 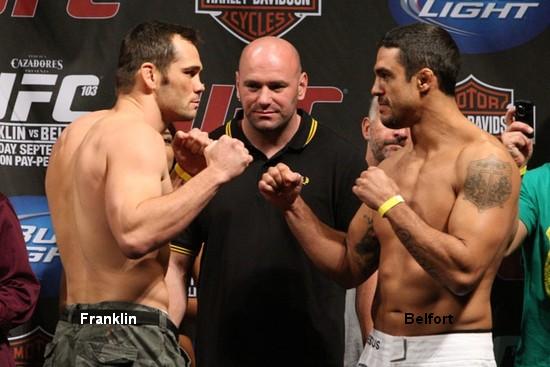 A couple of months ago I wrote a post about Lyoto Machida, wherein I explained my fanhood for him, and how it wasn’t just me – Machida’s popularity has been consistently growing over the past 8-9 months. One of the main reasons why is Machida’s karate-inspired fighting style. His traditional background (along with a black belt in BJJ) is making big waves throughout the MMA community. How could it not – the guy has yet to lose a round.

These days it seems that karate is branching out, and the latest person to do the branching is Vitor Belfort. Belfort is a recently returned UFC fighter who has been studying karate for years. Many analysts are remarking at Belfort’s excellent control of distance and timing, and how he seems to have a natural sense of space. People are also commenting on the speed and directness of his counterattacks after making other fighters waffle and miss.

This may all sound familiar to UFC fans because those are the exact qualities that are granting Machida so much success.

To watch the Belfort fight (it only lasts one round), click here or below: 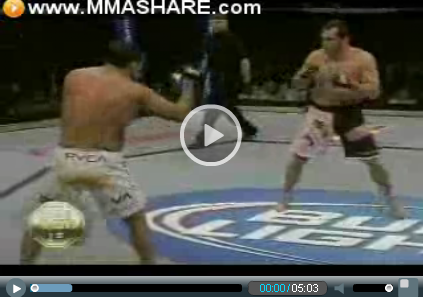 Due to his impressive win, Belfort is slated to fight Anderson Silva, aka, the guy so good that he makes champions look like raw beginners. Although UFC fans are pining for a Machida-v-Silva matchup, it looks like Belfort is going to have to do instead (both Machida and Silva have declared friendship with one another and a strong desire not to fight).

The most interesting thing to come out of these recent events is a raised eyebrow about karate from MMA fans and fighters. We’ve all been so overexposed by crappy, watered-down karate that seeing good karate in action is both intriguing and confusing. Fighters like Machida and Belfort are also doing karateka a service because they are showing the value of arts like BJJ, and how it isn’t a sin to be well-rounded and open to outside concepts.

Very interesting developments! Pay attention everyone because these are the things that slowly shape the martial arts realm right underneath our noses.