Please pardon my pun – but that’s exactly how it went down. Anderson Silva tagged UFC Vet Forrest Griffin so hard and so consistently in the head and grillpiece that Griffin couldn’t stand toe-to-toe with the Brazilian for much longer than 3 minutes. 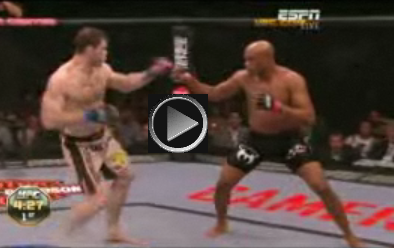 If you’d like to check out the fight for yourself, click the picture above or this link.  Also check out Noah’s page for more fights and options.

For those long time readers out there, you’ll know that I am a big fanboy for two UFC fighters – Lyoto Machida and Anderson Silva. This last fight, which took place at UFC 101 in Philadelphia, was another stunner that left me wondering how Anderson Silva performs at such a high level.

Silva’s last two victories over Patrick Cote and Thales Leites were widely regarded as underwhelming. There was a lot of controversy as to whether or not Silva was losing his touch, or if he was just getting bored. It turns out he wasn’t losing his touch.

Forrest Griffin, a UFC pro and highly regarded competitor, tried to stand up with Silva but had no success. In fact, Silva made Griffin look like a tentative rookie (which he is far from being). After a minute or so of gauging each other, Griffin tried to establish a rhythm on Silva by throwing out half-paced punches and kicks. Silva calmly slid away from those attacks, and carefully picked his opportunities to explode into Griffin.

Everytime Griffin attempted to push the pace, Silva slipped the attack and punished Griffin in return. The result was a fight so lopsided that some people are wondering if Griffin threw the fight, or if he was sick/drugged during the match.

One thing I can guarantee is that there was no throwing of the fight – Griffin is renounded for his big heart and taking a dive would never enter into is realm of possibility. Furthermore, there are no reports (as of yet) confirming illness or injury on the part of Griffin. What we are left to conclude is that Silva was simply operating at a level that nullified Griffin in every way. 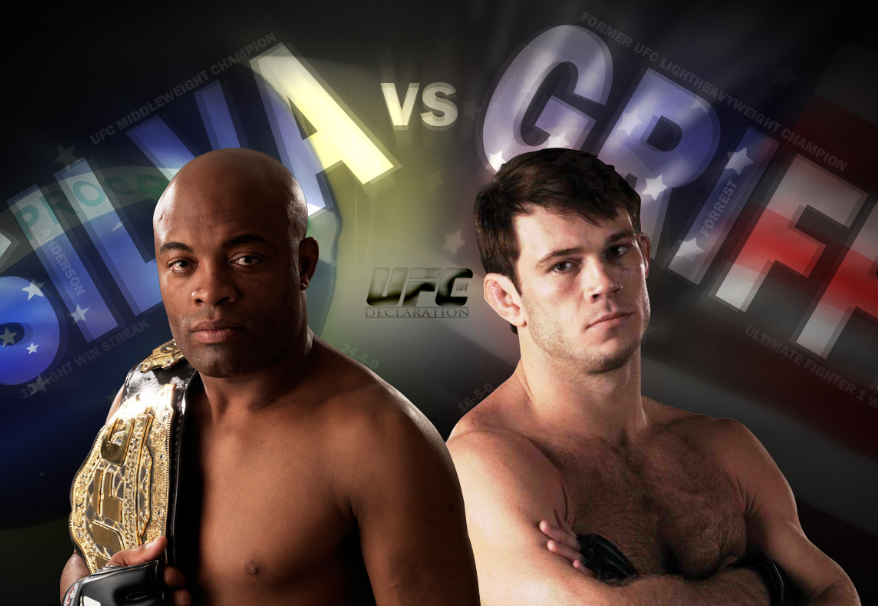 Silva is a little guilty of antics during the fight – dropping his hands and urging Griffin to come and fight. That stemmed from the stream of bad press he had been getting from his last two fights, and the accusations that he was not putting out any energy or effort. It is also important to note that both fighters showed each other full respect throughout the match, which is a big differentiating factor when observing antics vs mockery.

I’d also like to point out that when Silva dropped his hands it was because he was in such dominant control of distancing and timing that that was the only way to get Griffin to come and fight. Silva saw the opportunity to use such a tactic to win, so he took it. He further demonstrated his command by knocking out Griffin in an almost casual fashion.

Call this match what you will – weird, unusual, astounding, intriguing…for me, I can confidently say that it was definitely worth watching.