It’s easy to pontificate about the complexities of being a Sensei. After all, they have the ability to shape lives for better or worse. Teaching can be a daunting task once you start taking it seriously.

Less discussed is the role parents play in the development of young martial artists. The decision making of parents can drastically alter the length, quality, and value of a student’s training. 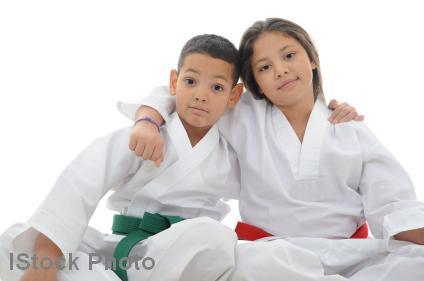 Over the years I’ve gotten to interact with parents of all variety; their priorities in the dojo have been just as varied. Some parents consider martial art training a convenient alternative to day care. After all, in martial arts the child gets physical activity and regimented social interaction. These parents will generally use the dojo as a drop off point while they attend to matters elsewhere.

On the opposite end of the spectrum are parents who watch attentively every class. In fact, some find it difficult not to interact with their child if they see any misbehavior or waning focus. These parents essentially have one foot on the training floor.

Mixed in between those two stereotypes is every gradation you can think of.

For this article, let’s focus on parents who play an active role in the martial development of their children and explore some of the heftiest hurdles they’ll encounter while participating in their youngster’s unique journey.

It’s astounding watching students as they fluctuate between utter infatuation with martial arts and abject horror at the prospect of training.

This is true of artists of all ages and experience levels, but never is it more palpable than with children.

A parent’s job is easy when the child is enthusiastic. It doesn’t take much work to get them packed into the car and off to the dojo. However, when that enthusiasm drifts, training day can turn into an epic slew of whining, pouting, and negotiations.

The trouble doesn’t end at the dojo door either. Once the child is out on the floor their techniques and stances tend to have the precision of a wet noodle. Every drill becomes a chore and making faces in the mirror becomes a much more attractive alternative to paying attention.

The parent, seeing this, is left to wonder if the Sensei is noticing the behavior or losing patience. They then have to decide if it’s right to chime in and try to whip their child back into place.

The parent also has to wonder if they are driving their child too hard. What if school, activities, and training are just too much?

Managing the motivation rollercoaster can be daunting. As a Sensei the mission is clear – continue teaching the student for as long as the parent brings him/her, or until they are old enough to decide for themselves. For the parent, knowing when to push through resistance and when to give in is a psychological puzzle, the solution of which requires further discussion.

What is one of the biggest complaints about traditional training in the modern world?

The proliferation of rank.

Nowadays a black belt is something easily attained by any neighborhood 12 year old. If you pay enough and show up enough, you’re good to go.

The modern day psychology of reward-at-all-costs has created an interesting paradigm in the world of martial arts. Many schools have integrated inflated rank systems, filled with a myriad of stripes, belt colors, trophies, and patches. The purpose of which is to provide a steady stream of external rewards in order to keep students satisfied. 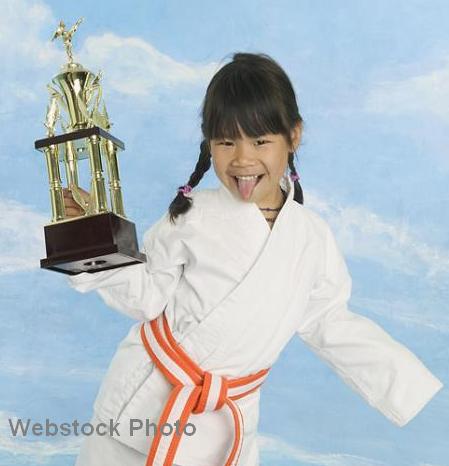 Of course, the fees associated with such programs also helps the profitability of the school, but that’s not our concern here.

Let’s assume for a moment that the majority of the general populace accepts the idea of steady-stream-rewards.

In contrast, let’s analyze one of the most powerful tools of an old school dojo: failure.

In many old martial circles you’ll hear the phrase “Nana korobi, ya oki”, which means “Seven falls, eight getting up”. The phrase is used to indicate a broad sense of resilience throughout life, but is acutely demonstrated in martial arts training. Not only are you literally thrown down in martial arts, but you also experience roadblock after roadblock as you attempt to improve your body, mind, and spirit.

One of the most top secret aspects of being a Sensei is intentionally setting up challenges for students to overcome. A good Sensei doesn’t want to spoon feed everything to students; instead they want to encourage effort in the right direction.

This is one of the fundamental crossroads where Eastern and Western cultures tend to clash. Eastern aloofness and Western directness can react in a destructive way, ultimately causing a student to grow agitated and quit, or they can result in a powerful combination of external knowledge with internal inquiry.

So…how do parents fit into all this? They need to be able to watch their children fail and encourage them to get back up and try again.

Certain pressures will tempt a parent not to engage in this practice. The first pressure is from the child him/herself. Failure never tastes good, and the child will want to quit repeatedly. It can be a tough slog to get them to push through. The second kind of pressure is societal and ego based. Some parents refuse to see any fault in what their child is doing, even if a Sensei does. Furthermore, if an egotistical parent sees other children progressing faster than their own they will have the tendency to accuse the Sensei of favoritism, poor teaching, or other kinds of incompetence. At that point, they can allow their child to quit without any sense of guilt or fault.

Navigating these subtle psychological factors can be challenging.

Let’s make things more complicated. As mentioned above, a parent needs to be careful not to fall prey to their own ego and the emotional swings of their child. This includes not projecting fault onto a Sensei if success isn’t immediate.

But what happens when a Sensei actually IS at fault? Believe it or not (but believe it), there are a ton of shoddy Sensei out there.

Sometimes instructors have to be tough on students. As stated earlier, putting up intentional roadblocks can help students overcome their own perceived limitations and teach them qualities of resilience, determination, and self confidence (that all too buzzed word in martial arts circles).

But a lot of Sensei aren’t so altruistic in their motivations. Many are guided by how much money a parent has given, how many sponsored events they’ve attended, and other even more nefarious factors.

Sometimes it’s easy for perceptive parents to pick up on the difference between a tough teacher and a bad one. Let’s take a look at some common red flags bad teachers may exhibit:

Unfortunately, bad behavior often manifests itself in more sublte ways. Teachers with unscrupulous motives tend to be good at hiding it, and only after months or years of analysis will a parent catch on to the true motives of the teacher.

There’s no easy solution to this problem. Parents simply need to keep involved and keep their eyes and ears open. Most of all, they need to be honest with themselves where the problem might lie.

Most instructors hate to admit it, but some students simply aren’t cut out for long-term training. Martial arts can be arduous, thankless, and boring. Not everyone was born to fall in love with them.

As mentioned above, one of the core responsibilities of a parent is to help their child push through those times of low motivation and setback. Sometimes this can equate to literally/figuratively dragging the child to the dojo.

How then is a parent to know when it’s time to let go? 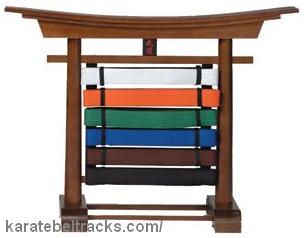 As you might have guessed, there is no easy answer. Sensei, of course, will recommend you push through any and all obstacles because they know the lofty value of long-term training. They want your child to have a life enhanced by the arts (or they want your money – remember, there are bad teachers too).

Parents, on the other hand, need to help balance all aspects of the child’s life. Kids are samplers by nature; they tend to enjoy an activity for awhile, get bored, and move on. Of course, pushing through that sampling tendency is what turns a good young student into a great mature student. But what if it isn’t sampling, and the child would be much better off elsewhere?

Of course, you can split time between martial arts and other endeavors, but then you run the risk of overwhelming an already tight schedule.

The best overarching advice I can give in this regard involves “the spark”. Development in the arts is unique for every single person that engages in practice. If a parent is observant, they might see certain shifts or sparks in a child’s development. Unexpected moments of intensity, focus, self defense skill, good behavior, courtesy, etc etc. If a parent sees these things and believes that the arts are turning their child into a better person, pushing through resistance might be appropriate. If they are not seeing any positive gains, or even negative tendencies of bullying, disobedience, disrespect, etc., it may be time to move on.

Being a dojo parent can involve complex psychology (I’ve seen it). It can be just as complicated for the young student (I’ve lived that).

Sometimes parents can be creative with solutions, such as joining the class themselves. If they are on the floor, it’s easier for them to ‘lead by example’, and of course the child recognizes that since a parent is nearby behavior is a requisite of class. But ultimately, nothing external will be a permanent solution. The parent and Sensei can guide and inspire, but they can’t decide what’s in the heart of the student.

The problems and solutions I’ve offered here are just a hint at the broader picture. If you are a Sensei, parent, or student, the more you learn about long term success in the martial arts the better equipped you’ll be to deal with twists, turns, and roadblocks along “the way”.