The Thickness of One Sheet of Rice Paper

A long time ago (seriously – like 1612) a young Ronin named Musashi Miyamoto was in the midst of a journey to prove his worth.  As a Ronin, or masterless Samurai, Musashi chose to engage in Musha Shugyo – an austere journey designed to perfect a warrior’s fighting prowess.  Musashi had achieved unheard of success during his travels and his reputation soon preceded him.  One day, Musashi decided to arrange a duel with the master swordsman Kojiro Sasaki.  Kojiro was famed for his use of the long nodachi sword, aptly nicknamed ‘the drying pole’ due to its length over normal katana. 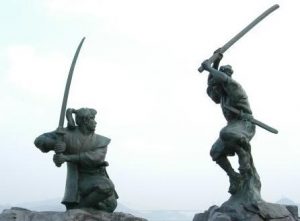 Using tactics such as tardiness and uncouthness, Musashi enraged Kojiro before the duel began.  Filled with disgust for his opponent, Kojiro struck down at Musashi as fiercely as he could.  Musashi deftly dodged out of the way, and cracked Kojiro’s skull with the wooden sword he had in hand.

Shortly after his victory, Musashi reached up and felt the headband he had been wearing – the band had been cleanly sliced, but his skin was still intact.

The Thickness of One Sheet of Rice Paper

We often hear about Musashi’s great feats of skill, and the 60-odd duels he won.  Of course, we can attribute some of those tales to mythological embellishment…but not all of it.  Through his written works and multiple eye witness accounts, it is fairly well documented that Musashi was a truly amazing swordsman.

In the story above, Musashi demonstrated an astounding mastery of a very basic concept – distance.  Musashi knew his opponent would rely on the superior length of his trademark weapon, so Musashi mentally computed the PRECISE distance he needed to evade.  He was then able to slay his skillful opponent with a very average, very mundane bokken (some accounts even attribute his weapon as being a carved down oar!)

There is a saying in swordsmanship stating that all attacks should be avoided by the thickness of one sheet of rice paper; and in case you’ve never handled rice paper, it’s about this thick – 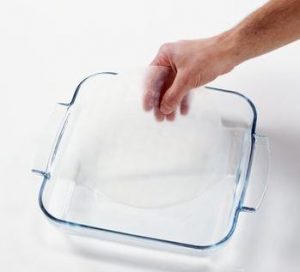 The Benefits of Minute Evasions

By cutting your evasion so close, your opponent is naturally open.  Having committed to their attack, their body is in a state of movement.  By placing yourself as close to them as possible without getting struck, it becomes a fairly easy matter to counterattack.

Another benefit is conservation of motion.  The further out you make your block, or body movement, the further back you have to return in order to strike.  By keep everything virtually natural, you are already placed in a position for striking.  This allows you to counterattack a fraction of a moment later than the actual attack.

The best way I’ve personally found to train this nuanced movement is through swordsmanship.  There really is no substitute for the lightning strikes of a shinai blitzing toward your head; your block deflecting it so narrowly that it still scrapes your hair.

But, as I’ve continued my training, I’ve integrated this practice into my other arts, like karate and kobudo.  This leads me to confidently state that a practitioner of any art can cut down on their movement and improve their distancing.

Here is one fun little drill if you feel like working on this concept: stand arm-length away from a partner.  Have your partner strap on some gloves, and throw straight punches toward your chest.  At first, keep your arms at your side.  As the punch comes in, allow yourself to pivot at the waist, making the punch bounce off at an angle.  It should feel like the punch just barely glances you.

As you get more comfortable, make your pivot occur a bit quicker, so that the glove barely touches you.

As you get even more comfortable, make it so the punch just scrapes your gi, and nothing more.

Be careful, if you pivot too fast and the punch touches nothing at all, you’ve lost the concept – you’ve lost one sheet of rice paper.  Your opponent may pick up on your early intentions and compensate.

Best of luck in your training!