The Little Bad Guy In Your Brain

We all have a small piece of real estate in our minds reserved for bad guys, and we drop by for a visit every time we think about carjackings, rough neighborhoods, or the safety of our loved ones.  It’s here we imagine all the unpleasant outcomes and dangers the world has to offer us.

This seemingly masochistic piece of human nature is one of the reasons why martial arts are so important in modern society; but I think true martial value might come more in overcoming the little bad guy inside, rather than a big one outside. 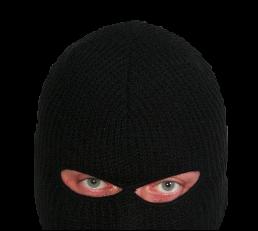 The more things change, the more they stay the same.  As far back as human history goes, there has been a need for one individual to protect him/herself against another.  That’s why when discussing martial arts, one of the first topics always brought up is self defense.

Karate…BJJ…Kung Fu…they’re all methods of combat, and unless you’re a soldier, you’ll be fighting as an ordinary citizen.  Thus, learning a combat art is an extraordinary way to increase your physical capability of defending yourself.

Furthermore, we live in a society that does not permit the casual carrying of firearms. These laws have pulled us out of ‘old west’ mentality, but have also delivered the bad guys a distinct advantage against the good guys (us).  One recourse left to the modern citizen is combat training.

Yet, when you boil it down, the greatest fighter in the world can still get shot from ten feet away or stabbed in the back. So…why even bother with martial arts if their primary purpose is so compromised?

Sure, Kick and Punch (But Also Think)

As you’ve probably heard me harp about before, the benefits of mind and spirit are just as critical in training as body.  For example, a skilled instructor can not only teach a student how to fight, but also how to detect and avoid bad situations.  An experienced martial artist is just as adept at conflict resolution as he is at conflict “resolution” (Seagal style).

Furthermore, a martial artist will analyze his surroundings at all times and realize ways to avoid potentially risky environments.  In doing so, the probability of getting into a brawl or encountering a desperate gunman are drastically reduced.

But…be that as it may…no one can completely control the world around them.  Bad things will still happen no matter the effort and attention payed.  Once again, why bother with training?

So bad things are going to happen and we can’t stop them.  What an uplifting post.  But don’t worry, there is a little light at the end of the tunnel.

Let’s think statistically – how often do people get robbed or assaulted in their life? Once or twice?  Some unlucky few experience it more often, but many experience it less.  On average, we are all likely to face scant few situations where fighting is called for.  Now how often do we think about getting robbed or assaulted? bullied? accosted? raped?

It’s much more often.  This is true for everyone.

What martial arts really gives us is the strength to face these fears with courage.  Rather than shiver at the thought of walking to our cars alone, we can command a straight posture and say to ourselves “sure you might attack me, but it won’t be as easy as you think.”

We can use our training to solidify our spirit and determination, which will exude from us in a way that deters would-be aggressors, prompting them to try an easier target.

Ultimately, we transform our internal bad guy into a constant reminder of our martial calling, using him to spur us forward and remind us that we aren’t so easily drawn down into dread and fear.

Martial arts…Budo…is what we can thank for that. 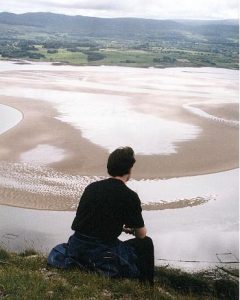