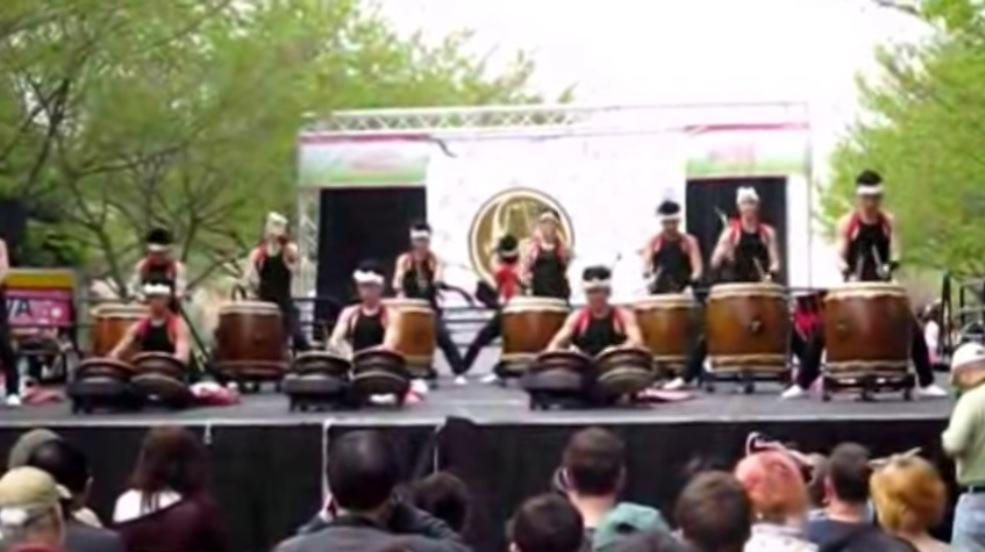 I recently had a chance to attend the "Sakura Sunday" festival in Fairmount Park outside of Philadelphia. I've visited the event before and have always enjoyed the festivities. Unfortunately this year there was some very early warm weather which caused the cherry blossoms to bloom and fade before the festival hit. Despite that, the performances, food, and craft booths all made it worthwhile anyway.

While there I got to sample some well made traditional Japanese snacks and watch a little bit of Aikido. I also observed a classic Odori style dance, which is very reserved and controlled.

The highlight of the event for me was the Tamagawa Drum and Dance Troupe. Every year the coordinators and players come up with exciting new routines and ideas. This year they revealed what might be my favorite prop they've ever used. You may have heard of decorative Japanese parasols known as maigasa. They are beautiful and delicate and can be used to add a unique visual element to dance. The Tamagawa Troupe developed a hardier, eye-catching version that also featured chimes along the edges. They executed the routine with a level of precision that would make any kobudo practitioner cheer.

Check out a few select cuts from the event, including a bit of the maigasa performance:

I had to stop myself from stealing one of those umbrellas to try out my bo kata. It would be awesome!