Last weekend I had the opportunity to hike the Glen Onoko Falls Trail with my GF FoxyCitrus. Onoko Falls is located in the charming little town of Jim Thorpe, named after the famous multi-talented athlete. 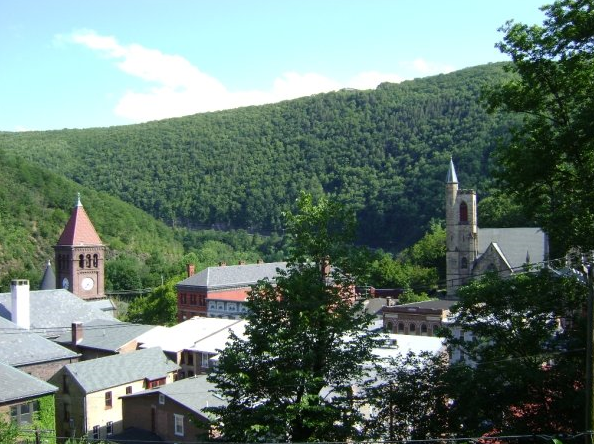 The thing that makes this hike so special is the level of difficulty and, of course, the water. As opposed to most trails that have very well established paths for bikes, walking, horses, etc, the Onoko Falls is as much of a climb as it is a walk.

The trail is very untampered with and climbers are expected to be resourceful. I’ve hiked Onoko twice, and the last time one of my companions wore flipflops. Sadly she didn’t make it to the top, where the best waterfalls are found (not that she died, she just couldn’t manage the climbing).

For a peek at the falls in action, check out this video (not taken by me, but still nice):

and here is a good picture for a sense of scale: 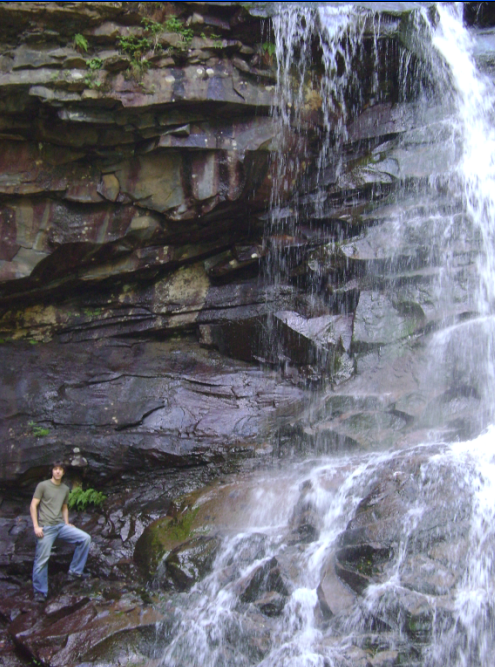 As I tend to do, I tried to slip just a little bit of martial arts into the trip. No, I didn’t break out into spontaneous kata, making everyone around me uncomfortable. What I did do was indulge in the practice known as Takishugyo.

“Taki”, meaning waterfall, and “shugyo” meaning intense training, is the practice of spirit strengthening by stepping underneath the crashing waters of a fall.

Takishugyo can be used in a few different ways. The first is as an ablution, or cleansing of the spirit. This is most often found in the buddhist religion and was/is often conducted by priests. The waters are said to cleanse away the impurities acrued by the spirit.

Another aspect of Takishugyo is meditation. This is done by certain Zen sects and martial arts groups, including some karate and aikido practitioners (and possibly others, but I don’t know).

As a meditative tool, Takishugyo challenges the practitioner to overcome fierce external stimuli and focus completely on the self. The freezing cold water shocks the body out of its normal state of complacence and invokes many autonomic reactions including gasping, muscle tension, and flight response.

It is the practitioner’s goal to feel and understand these reactions and to move past them. (To learn more, click here).

Here is a good, quick example of a priest partaking in proper Takishugyo:

He’s pretty old and the waterfall is coming down hard. You have to respect that kind of commitment.

For me personally – I placed the term “Takishugyo” in quotations in my post title because what I did at Onoko was not really correct by any means. I’ve never had formal training from a Zen or Buddhist practitioner. I’ve done my research, but I do not consider myself a real practitioner. However, that being said, I did go for it and got to experience the shocking stimuli of the event for myself. 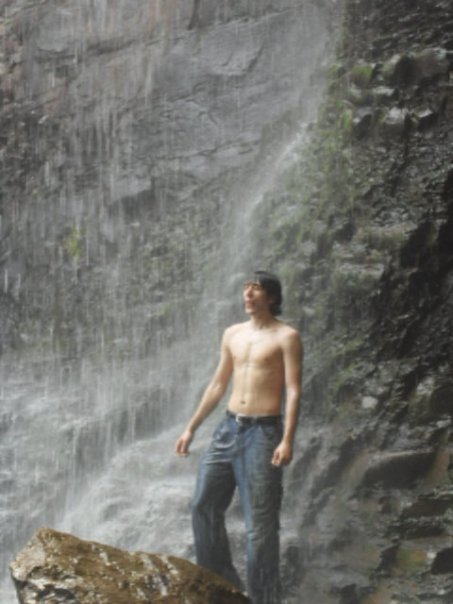 Whoa! is all I can say. I’m not sure I’ve ever had my train of thought erased so quickly. The speed, impact, sound,and sheer cold of the water caught and held my attention (to say the least). As a novice I decided to stay under for about 45 seconds as extended exposure can be dangerous. To quote the shugendo website: “The brain secretes a hormone that shrinks the size of the arteries when your head is exposed to extreme cold. If it is exuded in large quantities this hormone can cause diameter of the arteries to shrink violently and can result in a stroke or other brain damage! In addition the cold water of winter can provoke a drop in core temperature of the body that can be deadly(hypothermia or heart attack!) Therefore it should only be practiced with competent persons that transmitted to you the tradition.”

It may not have been winter, but it sure was cold.

Would I recommend it?

Yes, absolutely. But be safe. Have someone around to “spot” you and, if you can, be trained in the practice properly. Takishugyo is a fun, exciting test of courage that can teach you about yourself. At the very least if you are dwelling on something and need to reboot your brain…takishugyo will get it done in a hurry.