The Story of Martial Arts Hierarchy (And It’s Benefits, Powers, and Perversions)

**note: this is an abbreviated ‘big picture’ discussion of a very expansive topic. Forgive the necessary timeline jumps and generalizations used to paint the broader picture.**

Hierarchy is a polarizing mechanism. When it’s working fair and properly, individuals can benefit. When it is corrupted or run incompetently, everybody suffers (except perhaps those at the top). Hierarchy is a powerful tool, and in the martial arts, it is thrust into the hands of people who may or may not deserve it. 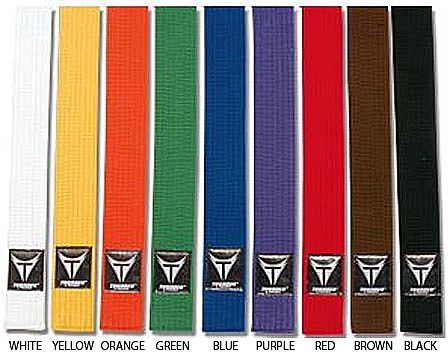 In many modern countries a high premium is placed on individual freedoms. Very rarely do we quietly tolerate anything that impedes our rights as citizens. The military, out of need for cohesion and order, is a rare example of effective hierarchy in modern times. Of course there are a myriad of other hierarchies in our lives, including work, family, school, etc., but none of those are as staunch and unyielding as the military.

In the midst of a thousand civilian activities and pastimes lies the martial arts. No basketball coach or yoga teacher holds the same authority and power over subordinates as the martial arts Sensei. Ironically, no coach or teacher could get away with the same lack of credentials and know-how as a slick, philandering ‘Master’ (if a basketball coach can’t win, they’ll be replaced. If a yoga instructor can’t hold a position, they’ll be replaced. If a martial arts instructor can’t defend him/herself or even perform a technique properly, they can still get by with fast talk or big claims).

The use and abuse of the exceedingly strong civilian hierarchy utilized by the martial arts has a long and complex history.

Where Martial Arts Hierarchy Came From

As it stands today, the hierarchy in martial arts stems from two predominant places. The first of which is traditional eastern culture. Born from a mixture of beliefs, but based most dominantly out of Confucianism, the Asian people have always placed high value on order and levels of authority. As one Sensei once joked to me with tongue-in-cheek, “if the Japanese saw three piles of dirt, they would name one Renshi dirt, one Kyoshi dirt, and one Hanshi dirt.”

The order of Asian society has influenced everything they do, from family life to dojo life. This structure has led to some amazing advances in their societies, and some behavior that is often seen as confusing and even disturbing (i.e. Seppuku and kamikaze pilots).

The Okinawans, while less militaristic in their day-to-day hierarchies, also put great emphasis on order, especially in regards to families, instructors, and community status.

As westerners came to learn the martial arts, they inherently absorbed the methods and mindsets of their teachers. This was compounded by the simple fact that many of the early western students were military personnel looking to improve their odds of survival in combat.

As mentioned earlier, the military is one of the most effective and inflexible modern day hierarchies. When young people were molded in that system, they absorbed the hierarchical aspects of military training. Being sharp and at-attention made sense to them, and not questioning what their instructors said or did was second nature.

When those early instructors came back to their home countries and started their own dojos, they built schools using the lens they knew best – strict, unyielding hierarchy.

How Hierarchy Came To Be What It Is

The example of karate hierarchy is very intriguing and a bit unique. Most scholars and historians believe that karate was developed as a civilian art, used by the Royal Court Guard (think Motobu Udundi), military police, and civilians. In fact it is commonly believed that one of karate’s greatest progenitors, Sokon “Bushi” Matsumura, was in charge of the court guard at one point in his life.

Although the background of karate is diverse, it was not intended SPECIFICALLY for battlefield use. Instead it was taught down family lines and within tight knit circles of friends and relatives. The teaching, despite what we see in a lot of modern dojo, was not extremely regimented. There were no excessive amounts of ceremony. In fact, since the learning groups were so small, they often started and stopped in completely unstructured ways and utilized subtle teacher/student etiquette.

However, as with other martial arts, many of the westerners that first learned karate were military folk. When they brought karate back with them, they took the techniques they learned from their Sensei and the organizational structure they learned from the military and melded them together. Thus was born the crisp, at-attention, BOW TO YOUR SENSEI type of mindset that has become prevalent throughout some martial arts circles (for better or worse).

As is the way in martial arts, students who learn a brand of hierarchy, whether it be relaxed or strict, tend to continue that tradition.

The Benefits of Martial Arts Hierarchy

Regardless of the specific level of strictness in a given dojo, there are a few concepts that seem pervasive. For example, there is always a matter of respect for seniors. Juniors in the dojo are expected to listen patiently to those ranked higher than them, and not speak belligerently to them no matter what the circumstances. This emphasis on respect is a massively positive aspect of traditional training.

Many individuals, children especially, can go through their whole lives without having to show respect to anyone. In the martial arts , however, you won’t get very far without it. Respect is one of the most crucial personality traits when it comes to keeping an open mind and understanding other people.

A sister benefit to respect is discipline. Although discipline takes a very visceral form in the martial arts dojo (bowing, standing still, listening quietly, etc) it becomes more and more valuable in a person’s daily life. Discipline in the dojo translates to self discipline, and self discipline is a cornerstone to personal success.

The hierarchy of a dojo can often be a microcosm for what people can expect in the real world. Students who learn the intricacies of handling superiors, subordinates, and ‘equals’ can often translate those skills into the workplace and home environments.

The hierarchy of a dojo can also provide serious motivation for students to achieve. The desire to ‘move up the ladder’ and command the presence and respect that seniors get can become palpable, and students are sometimes able to push themselves beyond what they thought was attainable. It is a goal-setting ideal that can teach people to move beyond their perceived limits and take charge of their own destiny.

The Pitfalls of Martial Arts Hierarchy

The benefits discussed can be perverted more easily than you might suspect. The desire for respect can often lead to a lust for power. Vanity and self-importance are traits not uncommon in martial arts ‘masters’ who wield their position like a club.

The ability to start a dojo and place people underneath you is astoundingly easy. Literally anyone can do it. Therefore, people that have no outlet for their self-aggrandizement often use martial arts to satisfy their needs.

Command, power, and influence are highly addictive ‘substances’. Just like John Kreese of the Cobra Kai in the picture above, some instructors enjoy seeing a little army consisting of versions of themself, ready to listen, follow, and take commands.

If you doubt the addictive powers of martial arts achievement, observe the gaining of rank, trophies, certificates of mastery, and dozens of black belts by some practitioners. Although these accolades are occasionally well deserved, often they are used to fuel the ego.

You’ll notice that when describing the serious issues inside the arts I didn’t say “All strict hierarchies are bad, and all loose hierarchies are good”. If only it were that simple. There are strict hierarchies that are extremely ethical and fair, and some loose hierarchies that are very devious and unscrupulous. It really comes down to how the teacher chooses to wield his/her authority and how juniors choose to operate inside of a given system (there are examples of ethical dojo heads who had to leave power in the hands of their subordinates, who then abused that power).

We often say in the martial arts that one should maintain a beginner’s mindset when learning, the goal of which is to avoid the ‘expert’s malaise’ that lulls people into a lack of growth. Another aspect of the beginner’s mind is to remember what it is like to be the low man on the totem pole. To recall the positive sensations when higher-ups took notice of your achievements and gave you valuable criticism, and the negative sensations of when you felt wronged and slighted.

As you become more and more powerful in the arts, it is critical to use that power wisely. Martial arts instructors are not gurus and they are not therapists; they are not financial counselors and they are not generals. But, when done properly, they can be a source of inspiration and a guiding light to help students achieve their goals and learn the techniques and traditions that have benefited practitioners for generations.