We often hear about breath control in the martial arts and how important it can be. Proper regulation of exhalation and inhalation can help a practitioner strengthen their technique, defend their body from attack, and center their mind on the objective at hand. Truly breath control is critical to becoming a skilled practitioner.

Less talked about is spirit control. It’s unfortunate that in an equal arc of body-mind-spirit, one component can be overlooked so readily. 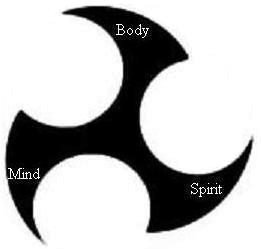 What is Meant By Spirit Respiration?

Spirit, in the martial context, refers to a strength of character and personal “being”. Will, confidence, determination, and fortitude are all pieces of this larger concept. Spirit respiration is the cyclical rising and falling of spirit throughout our day to day lives. For instance:

There are certain times when we need great strength of will to persevere.  Examples can be as monumental as childbirth or as menial as a grinding day at work.

Other times we feel as if we are gaining strength and resolve.  Some catalysts for this could be a good night’s sleep, a promotion, or even an unexpected compliment.

It is this constant flux that creates spirit respiration – in and out, in and out, autonomously without our conscious control.

The Dangers of Bad “Breathing”

Consider breath again for a moment: if you exhale too much, you become weak. The body cannot sustain itself for long after the initial push. If you inhale too much, the body becomes weak. The oxygen begins to deplete and the body needs to expel the toxins brought in with the oxygen. It is only through the repetitious inhale and exhale that breath powers the body.

Much in the same way, the spirit cannot be pushed too far one way or the other.

If you must constantly exert yourself, the power of spirit breaks down with no chance to regain itself. This is often seen when soldiers come back from difficult wartime. They’ve spent so much energy and concentration on survival and completing their missions that long term (even permanent) damage can be done. 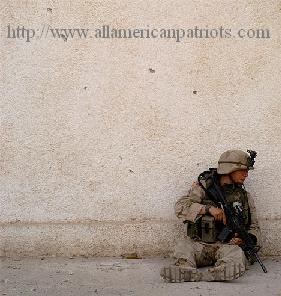 On the contrary, some people who spend their lives getting their ego inflated with compliments, easy success, and luxury soon become poisoned by it. They turn to destructive behavior and habits to try and expend that energy.

Without the flux of good energy coming in and the healthy release of effort and will, people cannot sustain themselves to their maximum capacity.

The Dojo and Spirit Respiration

Regular breathing and spirit “breathing” occur all the time, but it is in the dojo that we can learn to understand and maximize the potential of the two. Some people wonder why ‘crazy’ martial artists put themselves through rigorous training week after week. And when the martial artist tries to explain it, they are often at a loss. After all, there are thousands of easier and more quickly rewarded hobbies out there.

What many martial artists feel but can’t put into words is the satisfaction of effort. In a civilized society, there are few quests to be undertaken. There is no way to travel from town to town, testing your skill and proving your mettle. There is an inherent part of the human condition that wants to test limits, to see how far we can push ourselves. The martial arts are one of the last proving grounds of that human spirit.

Unfortunately, all too often people get caught up in their own enthusiasm and don’t realize that they are “exhaling” too much. The martial arts can be a rush and it is easy to overtrain. When this happens, burnout quietly sneaks up and takes ahold of an otherwise great practitioner. Someone who was training 5 nights a week for 2 years will suddenly realize that their will to continue is gone, and they will be gone.

That’s why it’s critical to find ways to “inhale”. Many traditional dojo would have tough workouts, but they would also have times of meditation. They would quietly sit and listen to stories from the Sensei about years past and martial arts theory. They would take serene walks through undisturbed nature.

Unfortunately, with everybody having less and less time to inhale and more time required to exhale, there is an off-balancing occurring. This is true both in day-to-day life as jobs are demanding more hours, and in dojo life as classes are being squeezed in with just enough time to practice techniques and then run off to the next task.

However you decide to do it, find time to inhale. Find what it is that fills you, and use the dojo to its fullest potential.