The first two rounds are complete and the riffraff has been separated and expunged. The only thing left is top tier, top dog players.

Round 3 features two head-to-head competitions amongst the four remaining movies. The winners of this round are granted the right to duel it out in the final championship round.

You’re goal, albeit not an easy one, is to choose between these remaining players. In round 2 Drunken Master survived a late round rally from Bloodsport to move on, while the remaining three victors achieved success in convincing fashion.

Now is the time for voting! 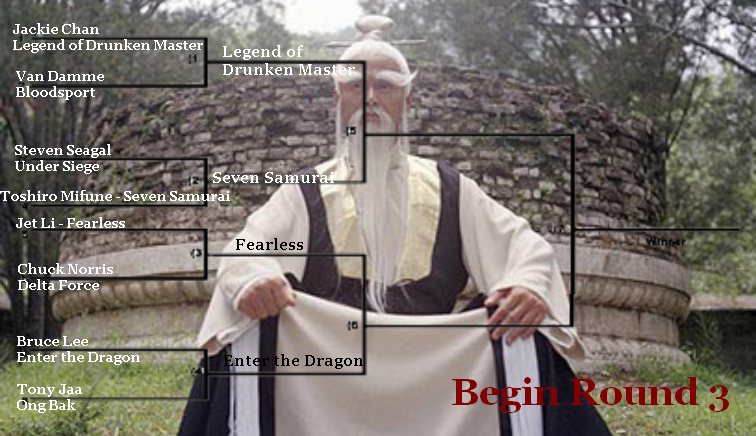