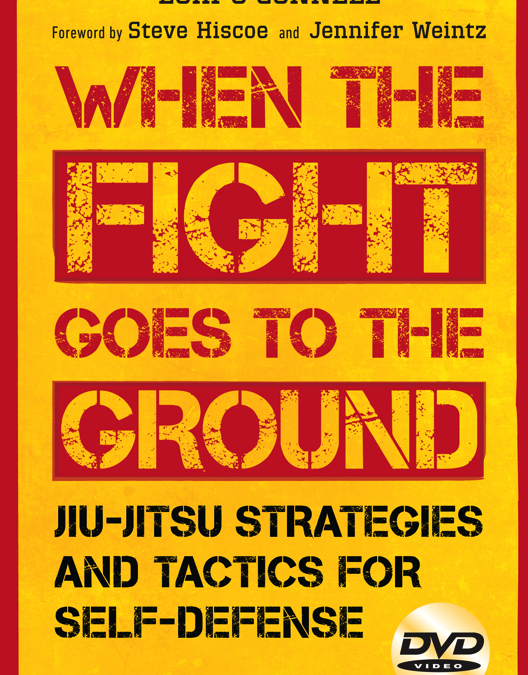 Review: When the Fight Goes to the Ground

Author Lori O’Connell has released a new book entitled “When the Fight Goes to the Ground“, exploring how jujitsu methods can be used for real self defense encounters. Notably, this book comes packaged with a DVD filled with technique examples and training drills. I had a chance to review both the book and DVD and would like to share some of my impressions.

First, I’d like to explain how I approached this work. My primary background is in karate and kobudo, which means the ground is not my preferred fighting range. Luckily I’ve had a chance to train with some good jujitsu and aikijujitsu people over the years so I’ve graduated just slightly beyond “floundering fish” when taken down. Additionally, I’ve never been keen on sport competition; while I believe it can ingrain a strong fighting spirit and high level of performance I also believe it can instill bad muscle memory habits that the body will fall back on during moments of stress. When this book came to my attention I was particularly interested since it filled a tactical weakness of mine (ground game) while staying focused on real self defense (not sport fighting).

As you read the rest of my review, keep this perspective in mind and use it to inform your own opinion regarding what value this book might bring to you.

What You Get in the Book

They say never judge a book by it’s cover, but how else are you going to get a first impression? When I initially picked up “When the Fight Goes to the Ground” I was quite taken by the sheer quality of construction. The paper is very thick stock and features photo gloss finish which makes each page feel substantial and allows the images to pop with clarity. This may seem like a trivial matter, but when trying to understand techniques from a few action pictures every detail counts.

Once I was done ooh-ing and ahh-ing over paper quality I actually cracked into the content. There are 18 chapters in total, but they can be broken down into two major sections:

*Section 2: Techniques. After laying down the groundwork (pun?) Ms. O’Connell provides detailed examples for some of the most common methods of getting attacked and makes recommendations for fighting back as well as escaping.

My Thoughts on the Book 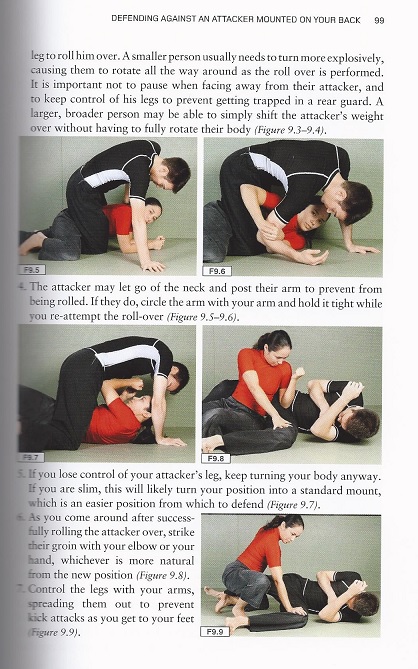 Long time readers know I rarely slam books that I don’t like, but I’m also not afraid to make a critique now and then. That being said, I really liked this work. Right from the get-go Ms. O’Connell addressed almost every nagging concern I had stemming from previous “ground game” books I’ve read. For example, if an instructor starts a book or seminar by saying “80-90% of fights go to the ground” I am immediately suspicious of their ability to do basic research. Ms. O’Connell, despite being a ground game enthusiast, makes no such unsubstantiated claims. In fact she provides some of the real research on how many fights actually do go to the ground, and the context in which those studies were conducted (ie: law enforcement).

Her candid nature continues as she explains that going to the ground and staying their isn’t necessarily the best choice when it comes to self defense. Variables like dangerous environment, multiple assailants, and more play into her self defense methods. She is also keen on striking vital points whenever possible (which warms my karate heart).

One issue I did have while reading the book is that I couldn’t grasp the intricacies of some of the techniques being demonstrated. While the pictures were high quality they couldn’t quite capture how Ms. O’Connell was shifting her weight, manipulating the opponent, and sequencing her strikes. As a non-jujitsu-ace I felt informed, but not to the point where I could put her tactics into practice for myself.

Luckily for me there were visual aids, which takes us to the second component of the review…

What You Get in the DVD

The companion DVD is a step-by-step re-creation of the tactics described in the book. Ms. O’Connell provides a brief introductory explanation and then launches directly into body movements, methods, and scenarios.

Much like in the book, the topics discussed include:

Here are a few words from the author on why she decided to create “When the Fight Goes to the Ground” and some clips from the DVD:

My Thoughts on the DVD

Making videos isn’t easy but I think Ms. O’Connell and her assistants did an admirable job. First and foremost, I was happy to see the techniques put into action. Jujitsu can be very subtle at times and requires acute control of body weight, balance, and momentum…all of which can be tough to capture via static images alone. I also enjoyed Ms. O’Connell’s presentation and execution. Many self defense DVD’s feature 200 pound ripped ex-marines whom I have a hard time identifying with. Ms. O’Connell is very fit and very capable but also the size of a normal person (like myself), so I got a lot more out of seeing her execute techniques than I would…say…a pro-level UFC fighter.

One subtle thing I liked about the DVD was the use of one tall and lanky attacker and one stockier attacker. Ms. O’Connell discusses the importance of body type in the book and then carries that concept through to the video. Watching the different challenges presented by both attackers was valuable.

“When the Fight Goes to the Ground” gets my endorsement. This is a work I intend to visit again in order to integrate some ideas and methods into my own training and teaching. If you’re looking for practical, repeatable self defense tactics for ground fighting that don’t require high level acrobatics then this might be the book for you too. When taking into consideration the extremely reasonable price point it’s tough to pass up.