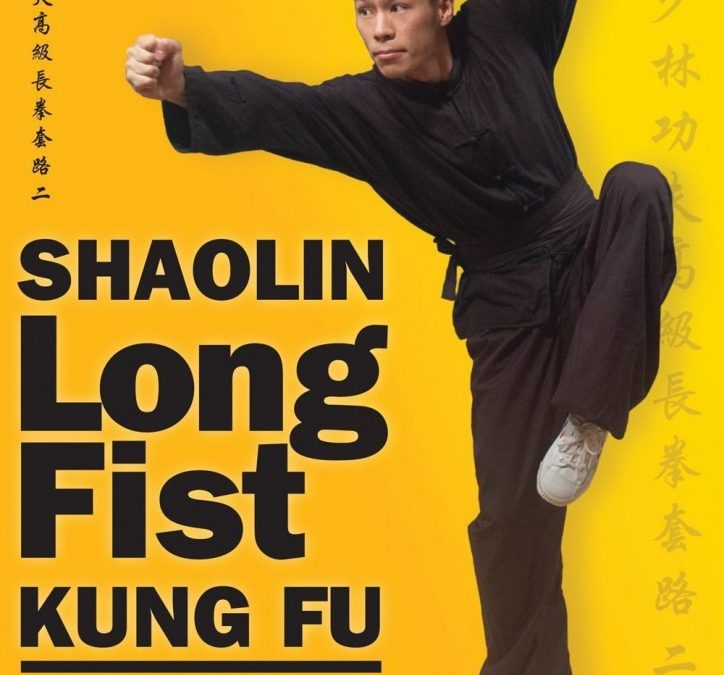 Here’s the interesting thing about this particular review – I am not an advanced Kung Fu practitioner. In fact, I’m not a beginner Kung Fu practitioner. That’s why I decided to take a different approach than usual. I’ll be assessing the basic value of the DVDs (production quality, amount of information, cost value, etc), then I’ll be handing it off to a friend of mine, Gary Choi, who is indeed a long time Kung Fu practitioner. He will provide more detailed analysis on the quality of the content.

With that being said, let’s jump right in!

The first and most important question when dealing with a product like this is…what do you get out of it? As two separate DVD sets, this product provides a wide breadth of information designed to give insight to advanced practitioners. Some of the drills and methods included in the DVDs are as follows:

As I mentioned earlier, I am not qualified to comment on the content of these DVDs. However, I have seen quite a few training resources in my day so I can do a comparative quality analysis of it’s production.

First of all, YMAA simply does not skimp on content. I have paid upwards of $30-40 for DVDs which contain little more than an hour of footage. These DVD sets, while in that same price range, provide 8 hours of content. Eight hours is a lot. If you are a details-oriented person, you will not be disappointed by the depth of investigation provided in this resource.

As for quality of production, I have to say that I did not find myself distracted at all from the material at hand. That’s a notable achievement as low budget symptoms have hampered many resources in the past (and still today). The camera work was well done, the training environment was stark but appropriately so, and the instructors seemed prepared with their material. 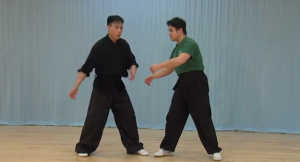 The primary instructor, Nicholas Yang, is the son of well-known Kung Fu practitioner and author Yang Jwing-Ming. From an outsiders perspective, Nicholas Yang’s execution of technique seemed very well done (but we’ll dive more into that in a bit). As an instructor, I would describe him as the informative type. He did not seem overly concerned about joke telling, entertainment, or things of that nature. He stuck to the material and described it quite competently. Some people prefer this straight-up presentation style while others enjoy a highly charismatic speaker. That’s simple matter of taste.

Let’s move on to the main course – the content analysis.

This portion of the review is provided by Gary Choi who carries on his family Kung Fu style near Denver, CO.

The video starts off very fast paced and goes straight into explanations and a brief history lesson on the form that they are doing. This is very much appreciated but I would have to say that the speed they talk at is very fast and at times almost overwhelming in terms of on how much info they are throwing at you. The history lesson is spoken in English but all the text is in Chinese and it’s a bit confusing if you don’t understand Chinese.

The beginning techniques the DVD shows us is the simple steps. It’s still very fast paced but at the same time shows good instruction. Nicholas Yang provides a very good explanation on taking care of the body and how to use it in a practical sense and where to build from.  The stepping is very much designed for intermediate and advanced practitioners mainly due to the speed and integration of different stepping and foot techniques. There are also a lot of references to past teachings, but very little on what the actual practice consisted of.

The adjoined partner drill is very good in both showing and explaining on what and how it can work, though there are some areas where he could use either better angles for the camera or explanation.  The stepping drills are also based very much in sparring and fighting verse traditional form and how to merge different hand techniques. As the video goes on it becomes more and more complex in both technique and in actual speed.

There is very little review and takes again a very fast pace teaching. All the kicks are used in conjunction with the previous steps used. Throughout the kicking portion basic safety is not addressed, assuming that you will already know what to do. An example of this would be on how to jump or on how to shift the hips during the actual kick.

Yang shows excellent motion and goes at a much slower pace for people to see. I would say that he doesn’t give a good explanation on how to use the power or body but rather on how it should look. This is still very much for advanced or intermediate students due to complexity and speed. You would also need much prior knowledge of other DVDs or training to understand some of the terminology and concepts. If you do understand or have that experience from the DVDs it provides a very good level of progression.

His explanation on the form is very good, clear and concise. It shows a very good use of everything that was covered earlier on throughout the DVD. It shows different people doing the same form to show how it operates and also ranges in different speeds.

As the instructions go on Yang begins to show the way the form is used for attack and defense and the purpose of the movements. From how to use combination of punches and kicks to different joint locks and throws, he even shows the ways it can be used as defense against weapons and different attacks.

Overall the DVDs are very good but they draw heavily on previous knowledge of the system. They are very fast paced but they do show good examples and drills of the different techniques and how they can be used in conjunction with each other. This particular style is a very northern based kung fu so many of the theories they explain and show are based for more mobile style of fighting.  The applications they use are very much based on traditional ideas and theories that are from form. Nicholas Yang does an amazing job of bridging the content over to practical fighting application.

If you think these DVDs may benefit your training, you can acquire them via the following links: