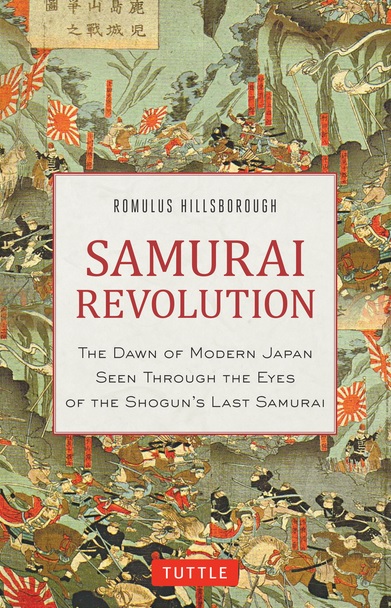 I recently had a chance to explore a new release by Tuttle Publishing entitled “Samurai Revolution: The Dawn of Modern Japan Seen Through the Eyes of the Shogun’s Last Samurai“. That’s a lot of title, and the book contains a lot of information. In fact, this book combines storytelling, character development, and real historical data in a unique way to bring the reader into the world of Pre-Meiji Japan. It explores the people and places pivotal in the development of modern Japan and takes us through the painful process of de-isolation.

Author Romulus Hillsborough spent over 15 years living in Japan. While there he immersed himself in the culture, language, and history of the country. He was particularly intrigued by the Samurai and the way Japan’s centuries-old fighting culture clung to life and relevancy even as the country moved in a modern direction. “Samurai Revolution” is one of Hillsborough’s most ambitious works and it shows in the texture and thoughtfulness of the story.

What Is Samurai Revolution?

When people think of the Meiji Restoration and the “death” of the Samurai they most often think of the Tom Cruise picture entitled “The Last Samurai”. That movie did in fact take place around the same time period as this book, however an ample amount of creative license was taken with the storytelling. “Samurai Revolution”, on the other hand, is steeped in both historical data and first hand accounts from the important players who were alive during those times. 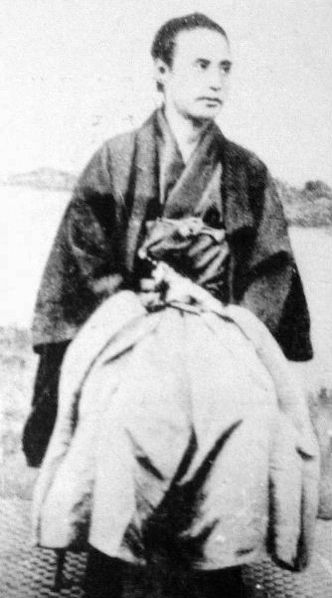 This book explores a wide and sorted cast of characters but focuses mostly on a samurai named Katsu Kaishu. Katsu was a low level Samurai but rose to prominence due to his strong strategic mind, naval acumen, and scandalous opinion that Japan should open itself to the Western World in order to rise above it.

The book is broken up into two primary sections. The first covers the era leading up to the Meiji Restoration. It examines in great detail the bickering factions that constantly lobbied for power and tried to enforce their own beliefs on the nation. It also describes the characters involved in the major power plays between the clans, including each individual’s strengths, weaknesses, scandals, and missteps.

The second part of the book focuses on the great unrest of the country as it joined the rest of the world, including culture clashes and violent resistance by “the old guard”.

Is This Book Worth Reading?

The slow death of the Samurai class may seem like well trodden ground. After all, we have books, movies, comics, etc all focusing on that time period. Despite that, I think “Samurai Revolution” stands out as a valuable work on the subject. Most movies or books tend to take one of two approaches: fanciful aggrandizement of the Samurai class or raw historical data with no personality at all. “Samurai Revolution” has managed to find a middle ground. The author has collected an unprecedented amount of first hand accounts regarding the time period and the players surrounding the revolution. As such, the story told contains both memorable personalities AND useful history, making it a valuable read for the romanticist and researcher alike.

My personal background straddles Okinawan and Japanese arts. I also have a penchant for historical writing. My opinion, both as a writer and researcher, is that this book is a welcome addition to my library. This behind-closed-doors approach to the Meiji Restoration fills in many gaps in our understanding of how Japan became modernized and why “Old Japan” resisted the change so fiercely.

Does the Book Have Any Weaknesses?

There is only one real weakness that I encountered, and it may be more my own fault than the book’s. I’m naturally bad at remembering names and “Samurai Revolution” contains many names. In fact, the interplay between the characters is important and it can really halt reading progress having to go back and try to remember who was who, and how they related to other important figures of the time. A more attuned eye may not struggle as much as I did, but I did feel it took away from my experience and immersion at certain points.

The breadth of important names and figures reminded somewhat of the fantasy hit “Game of Thrones”. Anyone who has seen the show or read the books knows it’s all about the intricacies of interaction as each faction vies for power and control. Pre-Meiji-Japan is not terribly different. In fact, I think “Samurai Revolution” could have benefited from maps and lineage charts updated periodically throughout the book. It would have been intriguing seeing the geography of events and watching factional borders change as power shifted hands.

Where Can the Book Be Purchased?

This book is published through Tuttle, one of the most well established creators of martial arts texts. As such, it is pretty easy and affordable to get your hands on a copy. Click the image or link below to learn more about the book or purchase a copy for yourself: