According to MSNBC, the Japanese Prime Minister Yukio Hatoyama is slated to step down from office. This resignation comes amidst a slew of public dissension over financial scandal and a perceived lack of leadership. Highest amongst the reasons for his stepping down, according to Hatoyama himself, is his inability to fulfill a promise to remove the Marine Base Futenma from Okinawa Prefecture. 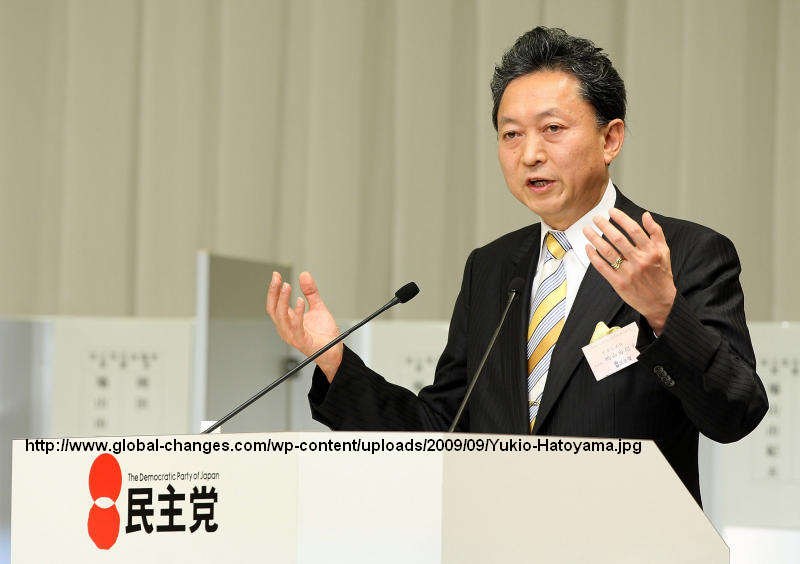 The Ryukyus still host a bevy of U.S. bases that were built on the island after the Battle of Okinawa, 1945. Of the bases established, the following are still in operation: Kadena Air Base, Air Station Futenma, Camps Courtney, Lester, Foster, Hansen, Kinser, McTureous, Schwab, Gonsalves, Shields, White Beach Facility, Torii Station, and Naha Military Port.

During his election Hatoyama had expressed his intention to move the Futenma base off-island. However, after being elected and debating the matter heavily with American, Japanese, and Okinawan leaders, he ultimately decided not to move ahead with removal plans. This reversal of decision along with alleges of ill-gotten financial backing during election turned the tide of public and party opinion against him.

The Desire of the Locals

The relocation of Futenma has been a hot-button issue for quite some time on Okinawa. While some locals of Ginowan City have benefited from the increased commerce and activity, many others have expressed a dislike for the pollution, noise, and crime that has come with the establishment of the base. Frequent flights and air drills have caused significant disturbance in nearby areas and many towns have had to shift their lifestyles entirely to accommodate the space and demands of the base. Incidences such as the 2004 helicopter crash into a nearby university and the 1995 rape of a 12-year-old Okinawan girl by three marines has only solidified the anti-base mindset. 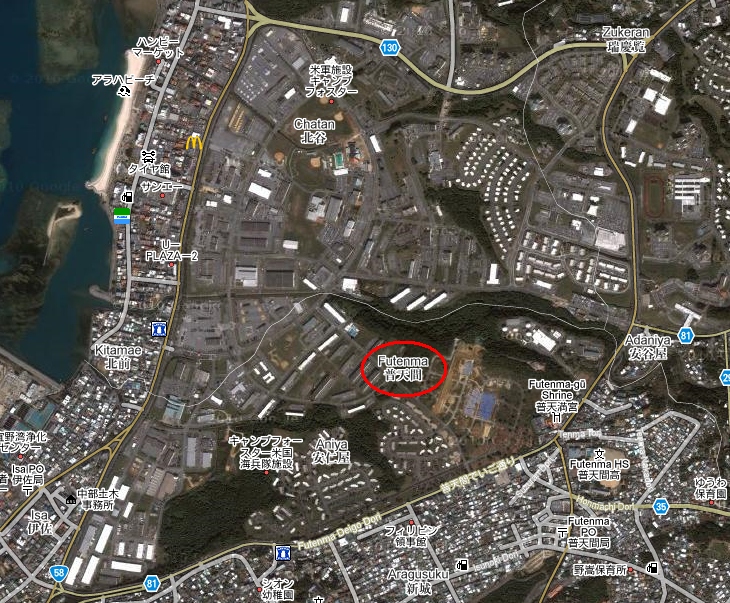 Some groups have even organized protests in regards to plans to keep the base active, or move it to other locations on the Ryukyu Islands. Alternative plans to move the base north toward Nago or even on a man made offshore island have been met with equal resistance. The man made island offers significant environmental concerns, and the Nago plan involves many of the same problems as the current location.

The Desire of the Military

Despite local protests, the U.S. and Japanese Military have made it clear the importance of keeping Futenma active and in its current location (or a location of equal value).

Futenma acts as a strong support airfield to Kadena Airbase. It can accommodate most plane types and has become a relied upon facility for the marines and the United Nations. Military officials believe that Futenma and the other sizable bases provide invaluable protection for Japan from outside aggressors, and is a vital stop for handling volatile nations like North Korea.

According to a report from The Marine Times: “U.S. military officials and security experts argue it is essential that Futenma remain on Okinawa because its helicopters and air assets support Marine infantry units based on the island. Moving the facility off the island could slow the Marines’ coordination and response in times of emergency.”

As it stands right now, it seems like Futenma will be moved to the Henoko region near Nago in the northern part of the island. This area is said to be less populace, but that explanation has not met with widespread acceptance.

The details of the situation are still sparse and a timetable for the move has not been established. We also cannot be sure what the next Prime Minister will decide. he may continue with this course of action, or attempt to make changes once again to move the base off-island.