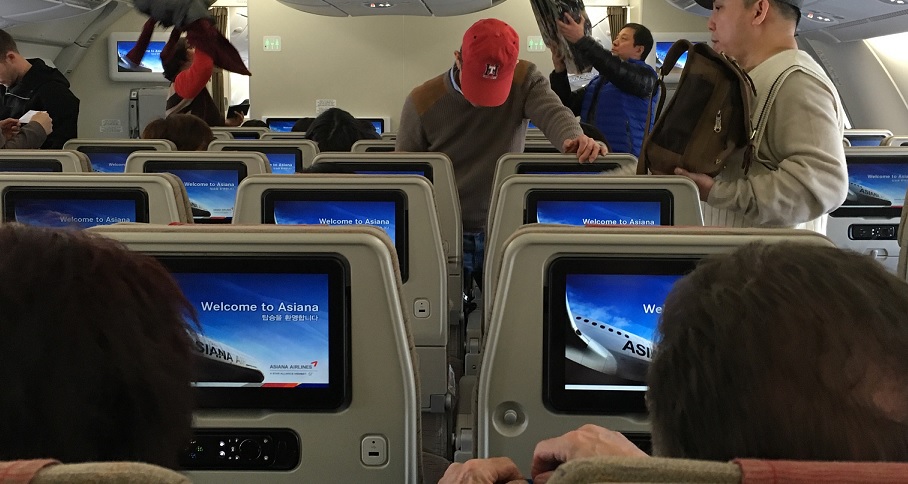 One of the most daunting aspects of traveling to Okinawa is actually getting there.

My bus dropped us off at JFK Airport in New York after what felt like a long ride from Philadelphia. Of course, it was probably a typical ride…but knowing how much security and line-waiting was in my future, I had an enhanced sense of urgency. The first flight I was trying to catch went from JFK to Incheon, South Korea. Estimated flight time: 14 hours.

The idea of 14 hours on a plane is enough to make most people squirm, and some throw their hands up and say, “No way. Can’t do it.” I’m a fairly experienced flyer and I tend to occupy myself well, but even I was a little fidgety at the thought of 14 hours, almost two full work days back-to-back, hurtling through the sky in a confined metal box.

It was too late to worry about any of that. We walked into JFK and were greeted by some expectedly long lines.

Tip #1 – Long Lines Are Happening. Come to Peace With It. 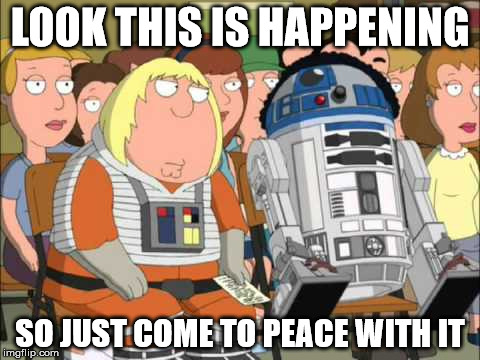 JFK (John F. Kennedy Airport) is a major international hub, and a pretty nice airport. As such, lines are virtually inevitable. Pro travelers will often tell you that the key to a smooth airport experience is to only travel with what you can carry on the plane. This helps to avoid the checked baggage lines and potential for lost luggage. I was going to Okinawa for a month, so I knew I wasn’t going to be able to take that advice.

After entering the airport we were directed to the back of a long, weaving line dedicated to Asiana Airlines. Not everybody took a zen approach to this situation. One young lady trundled toward the front of the line with far too many suitcases in tow. She carried some bags, kick-pushed others, and performed a few toss techniques in order to get everything up to the front.

Bad news waited for her. The airport employee informed her that she needed to go to the back of the line like everyone else. She was dismayed, and explained that she couldn’t get her bags back there. She seemed to assume that this was a community problem, waiting to be solved by some as-of-yet unnamed valet service. The thing that caught my attention wasn’t any sort of tantrum, but her utter resolution in not finding a solution for herself. She stood at the front of that line, waiting for…something…for over 45 minutes. That’s when I moved passed her and on to my second line, this time queuing up into a specific lane for baggage check. Some say she is stilling standing there today…I’ll never know for sure.

Tip #2 – Check Your Bags to Your FINAL Destination

Let me say that I was thoroughly impressed by the service and professionalism of the Asiana Airline crews. What happened next was pretty much all my fault.

When I finally got to the front desk, I was looking to get my bags weighed and checked as expediently as possible. I was anxious to be on my way, and I knew Asiana was trying to keep up with their demands as well. We all wanted to move the process forward.

That was a mistake. What I should have said was, “Please send my bags through to my final destination of Naha, Okinawa. I most certainly do not want to lug my bags to my hotel, and I definitely do not want to wait in another checked baggage line the next morning.”

Unfortunately, I did not say that. And I paid for it later.

The rest of the airport experience was uneventful, getting through security and on to the plane without a problem.

The plane was a beauty. It had two decks, each with its own complete set of flight attendants. The attendants were all sharply dressed Korean ladies, sporting the exact same hairstyle, makeup, and attire. They began the preparation for flight by bowing in unison and taking us through the normal seatbelts-and-flotations kind of speech. Most of the travelers were Korean as well, so my submersion into foreign culture began immediately.

One thing I’ve noticed about flying is that I can never be sure what kind of activity I’ll be in the mood for. Sometimes I plan to do work and just end up playing Gameboy. Other times an idea will strike me and I’ll be reaching for my laptop ASAP. As a result, I generally over-prepare my distractions. On this flight I had video games, a book, my laptop, music, and audiobooks. Lucky for me, I didn’t need all that. 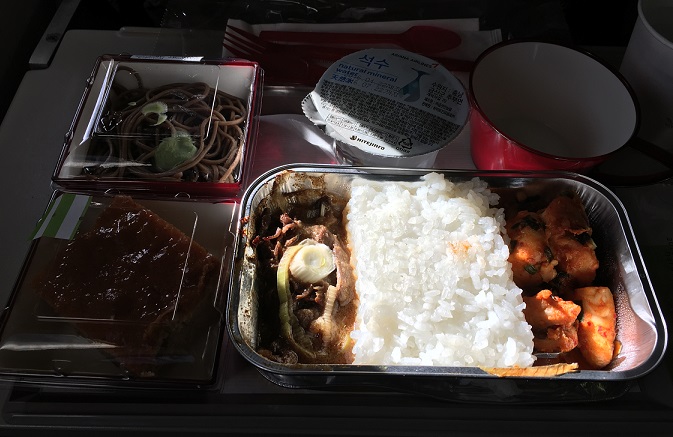 Our plane was equipped with a robust in-flight entertainment system. Using a remote control attached to my chair, I was able to access the screen in front of me and browse TV shows, games, music, and movies. I never thought I’d get excited at the prospect of watching “The Last Witch Hunter” starring Vin Diesel, but in this situation it was most welcome.

The flight was also broken up with strategically timed snacks and meals. One full dinner arrived on our trays shortly after take off. Then the dutiful attendants kept us occupied with drinks, snacks, and other niceties for awhile (and this was plain ‘ol economy flying!). After the dim-lighted night time phase of the flight, they hit us with another meal.

I was cautious about my food intake, keeping the quantity and quality under control. During each meal I could select between 2-3 different food types, generally split between a Western style meal and Korean style. Each time I opted for the Korean dish, and never regretted it. It tended to be healthy, basic vegetables and rice with some sort of protein mixed in. Exactly what my body needed.

Four movies, two meals, and a few bathroom breaks later we arrived in Incheon. I won’t lie – the flight felt long. I had only slept a little bit, so I was aware of time passing throughout. That being said, it was a good experience with quality service from Asiana. When we hit the ground, I was not filled with feelings of regret.

My next task was to collect my bags and venture out into Korea.