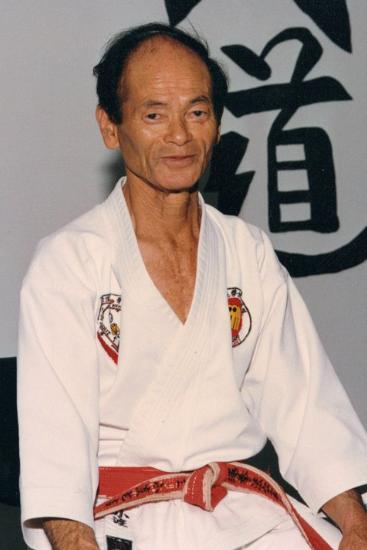 Odo Seikichi of Okinawa Kenpo was known as one of the finest karateka of his generation; his abilities in kobudo became especially well known over time. His teachers were a collection of many great karate minds, including Nakamura Shigeru, Matayoshi Shinko, Matayoshi Shinpo, Kakazu Mitsuo, etc. He was also a contemporary and friend to many important practitioners, including Toma Shian, Oyata Seiyu, Kise Fusei, and more.

In 1989 Odo Sensei was recognized on Okinawa for his lifelong contribution to the martial arts. A promotion ceremony was arranged, led by Odo Sensei’s colleague Kise Fusei. It was at this ceremony that Odo Sensei was officially recognized as 10th Dan and received a new red belt. 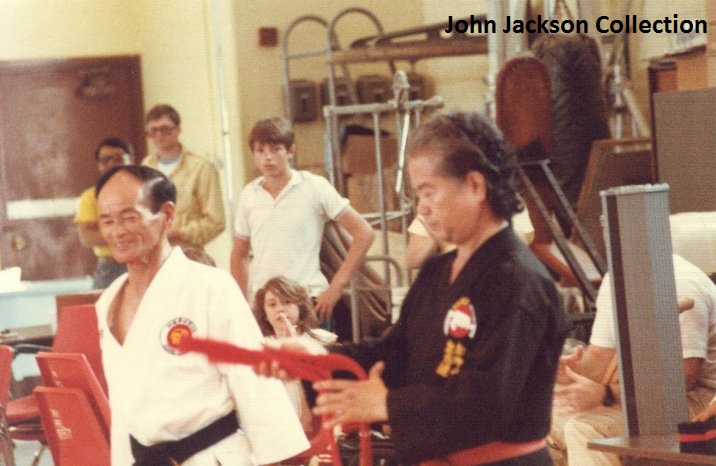 Not all organizations on the island recognized this promotion, which was their right, but in general Odo Sensei was noted as 10th Dan after that point.

Odo Sensei’s senior students in America were quite delighted to hear about this promotion, and expressed their congratulations accordingly. That same year (1989) Odo Sensei visited the United States and was presented with a congratulatory plaque from a number of his senior students. Not feeling satisfied with this effort, the seniors decided to organize something more official for the following year’s gathering.

In 1990, during Odo Sensei’s next trip to the United States, multiple officers of the OKKKF (Okinawa Kenpo Karate Kobudo Federation) and other Okinawa Kenpo seniors constructed and signed a certificate of recognition which was presented to Odo Sensei by Bruce Heilman in Reading, PA.

The certificate presented to Odo Sensei is copied below for posterity and accuracy: 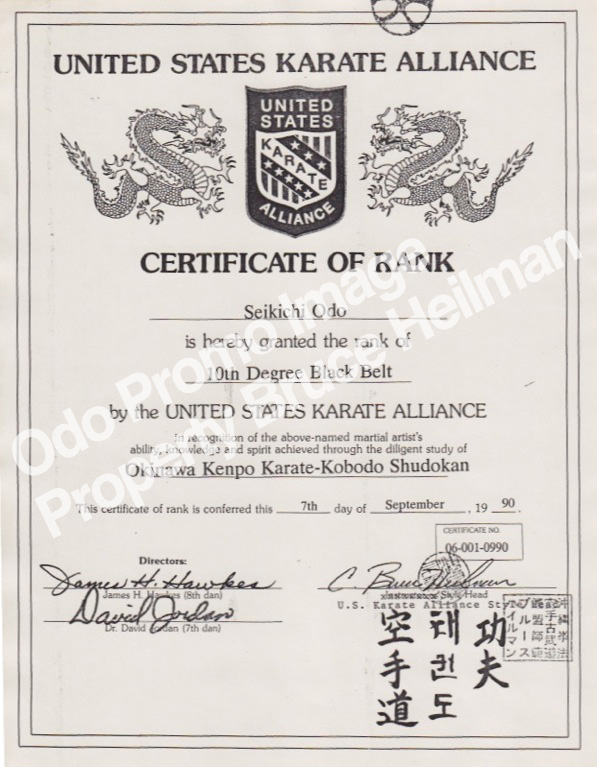 As Heilman Sensei stated in the video these certificates were not actual promotions conducted by the students, but recognition of the rank given to Odo Sensei and a reconfirmation of Odo as style head. It should also be noted that this ceremony did not involve all Okinawa Kenpo seniors, some of whom were not part of these organizations and had the opportunity to honor Odo Sensei in their own way.

If you’d like to learn more about how 10th Dan works and the history of how it came about, continue reading here.