I recently acquired a new Nunte Bo. This was a very happy occasion.

Buying a Nunte Bo is tricky because you have to balance price against quality (not to mention scarcity).  It is relatively impossible to go to one of the big distributors like AWMA or Century and get a lesser known weapon of this nature.

Luckily I’ve gotten to know the owners of Crane Mountain Weapons and have done business with them before. They hand make all of their weapons and provide personalized detail, from the kind of wood they use to the length/width/taper of the weapons.

For my Nunte, I selected Jatoba wood with a stainless steel Manji Sai on top. The wood is hard and durable, but not too heavy so as to make the weapon cumbersome. Also, it has a nice natural color and grain pattern.

The Nunte (Nunti) As a Weapon

Let’s talk a little bit about what the Nunte is and where it came from. As you may know, the Okinawans developed their karate and kobudo arts from the very nature of their day-to-day lives. As fishermen and farmers, they utilized the tools of their trade to develop easily hidden yet still practical weapons.

The Nunte is one of those tools converted into a weapon. Although much of Okinawan history has been passed down orally and is therefore vulnerable to exaggerations and shifts in truth, the generally accepted explanation for the Nunte Bo is that it was a fisherman’s gaffe.

Using the straight point (which would have a sharp tip but would not be bladed), the fisherman could stab any wayward fish and toss them onto his boat. Furthermore, he could use the inward “pronge” to help pull up fishing nets. The outward pronge could be used to push off from the dock, or really anything else he needed. It was a really great multipurpose tool.

Uses of the Nunte Bo

The Nunte is a very versatile weapon and important in the lexacon of Okinawan weapons (in my opinion).  The value of having a long, spear-like weapon should never be underestimated. When dealing with a sword wielding opponent (almost every culture had some sort of sword, the Japanese Samurai included), a spear is very beneficial in keeping them at bay.

Using a weapon like the Nunte allows the practitioner to stay away from the razors edge of the sword while dealing significant damage through pokes, thrusts, hooks, and percussion hits. Let’s look at a few: 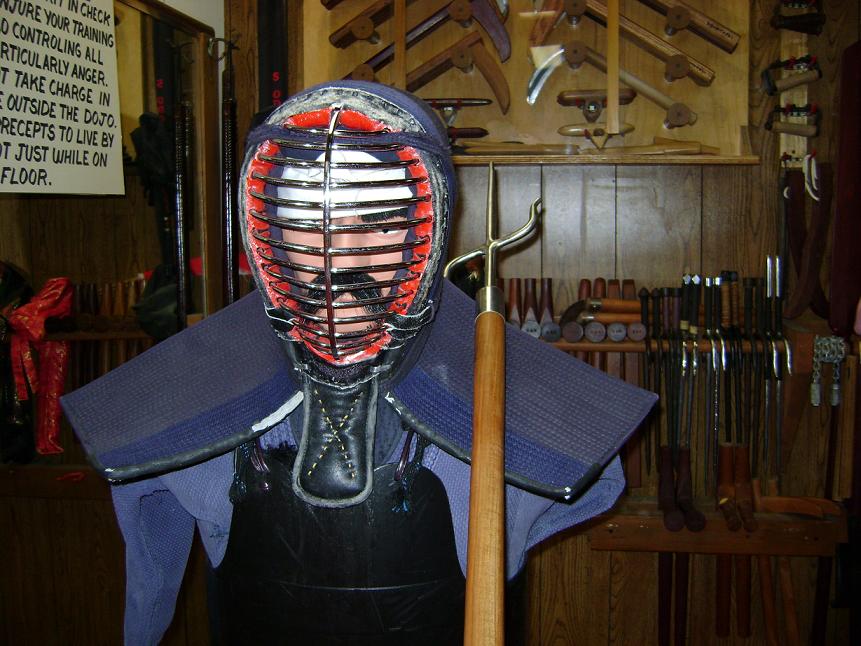 Standing in for an angry attacker is Yuki, our kendo assistant. One of the great things about the Nunte is the ability to get behind armor and body parts and hook inward. While an opponent may be suspecting forward thrusts, they could very easily be taken off guard as the weapon passes their field of vision, hooks into them, and lurches them forward (and creating extreme pain as the pronge digs in).

By thrusting and returning the Nunte bo provides excellent flow – much more than you would expect from a seemingly bulky weapon.

In addition to the “pointy” end, the Nunte can capitalize on it’s long back end. If the opponent’s attention is focused on avoiding getting speared, they might forget how quickly the shaft can spin around and deliver a percussive strike: 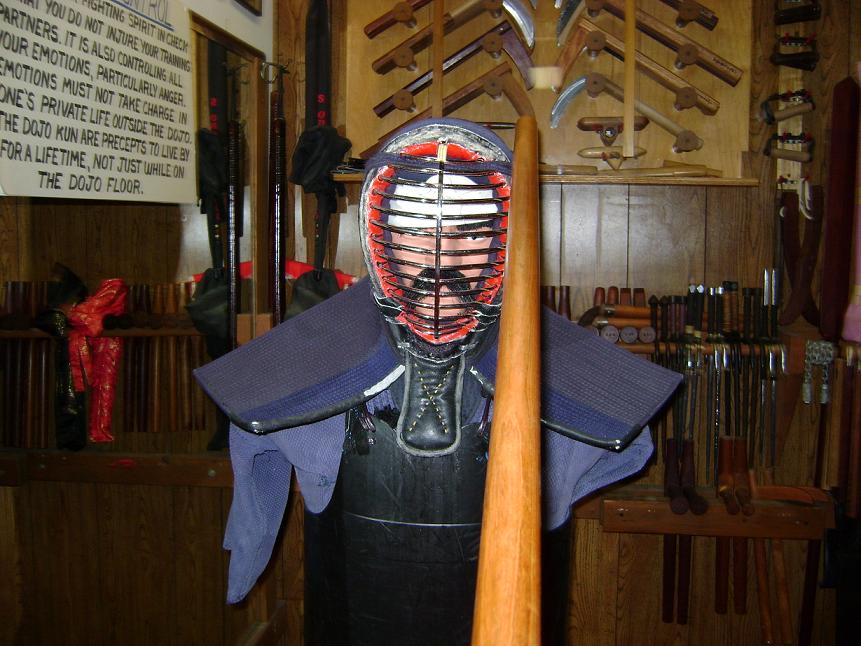 The centerpoint of gravity is higher toward the Manji Sai, as you would expect. But by using that point of balance the long back end can swing around at surprising velocity.

The forward prong provides an excellent safety net in case your spear technique misses. It also is invaluable when it comes to catching opponents weapons and using a torquing twist to lock them into place. When utilizing the leverage of two hands twisting and locking, you can essentially control your opponents weapon enough to create an opening, throw him off balance, or otherwise disrupt his game plan.

All in all, I am a big Nunte Bo fan and I think Kobudo practitioners can really benefit from it’s unique qualities that you can’t quite get from a bo.