This is the fourth article in Reader Week II. Author Mark Anthony Ly is the owner of the Combat Tactic Group and is a kinesiology specialist. In this post, Mark discusses the idea of understanding the relationship between magnitude and power and how martial artists can use them to increase their striking effectiveness.

What can magnitude and power help you with? The ability to classify whatever actions you take to either effectively take out the opponent or subdue them. Actions are usually classified under two terminologies; magnitude and power.

The formula to effectively take out your opponent is: magnitude x power. 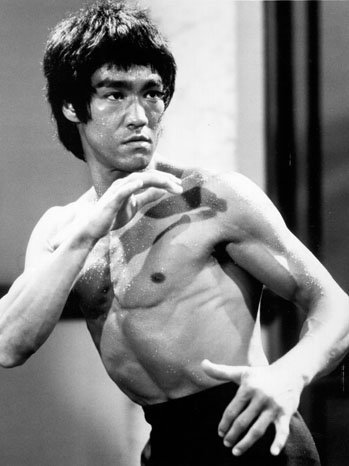 The medial line is the central axis of a figure, dividing the body vertically into equal right and left halves. In medical terminology, it is referred to as the midsagittal plane.
The centerline theory helps illustrate magnitude much more efficiently. Any strikes in the centerline theory would effectively take out your opponent with the least amount of power and that is the ultimate goal for any streetfighter. To put things in perspective striking the eyes does not require much power at all. Nor does striking the groin and sternum.

Magnitude is the principle of understanding where to effectively hit to yield the greatest amount of pain on the opponent with the least amount of effort.
Although it may frustrate many trained martial artist that a single aspect like striking the groin can ultimately bring any man down, these are universal laws that we all have to adhere to.

We will observe that this is simply not always the case.

Understand that the F1 driver is better in all aspects than the inexperienced driver, we can all agree on that. However, the F1 driver adheres to the same principles that the inexperienced driver does too. They both need gas for their car. They both need power steering fluid, brake fluid, and tire pressures at optimal level, etc. And it is exactly these principles of magnitude that we are hacking.

The inexperienced driver cannot match the F1 driver in an professional competition because surely he will lose. However, in a streetrace, there are no rules. Everything is fair game. And the way many people see it, when it comes to any encounter outside of rules, they believe that the opponent are following the same set of rules as they are. This is simply not the case.

Take this scenario for example. Two people take to the ground in a streetfight, one of them is a BJJ expert trying to secure the arm for an armbar, meanwhile the other just doesn’t give a shit and just securely locks onto the BJJ expert making sure he can’t escape and gnaws away at him until he has a piece of flesh in his mouth like he’s chewing steak. Who do you think is winning that fight?

It becomes a game-changer when the opponent does things completely unorthodox than what we’re use to. Therefore, we must prepare for these things.

HOWEVER, without the proper preparation, the inexperienced individual cannot and will not be able to successfully utilize the laws of magnitude in their favor.

It is simply unreasonable for me to say that an individual with no martial arts experience at all can successfully win against an average professional in the ring.

However, it is perfectly reasonable for me to say that an individual with 20% of the right training by utilizing and effectively executing the laws of magnitude, can and will take out the average professional in a streetfight.

This is not to say that the 20% of the work is easily achieved. It most definitely is not.

In essence however, the laws of magnitude go hand in hand with Pareto’s Law, where 20% of the work yields 80% of the results.

Even though 20% of the work can yield 80% of the results, it is not suffice to say that 20% of the work is achieved over night. If we take a look at Bruce Lee’s notes in the Tao Of Jeet Kune Do, even he mentions the  two targets that he would go for in a streetfight, the eyes and the groin. The 20% of the work that is addressed here will take time, possibly months under the right supervision, perhaps even years. It is not an overnight thing that you can simply learn.

We must hack away the unessentials to produce the 20% of work that we truly need. However, magnitude has a very defined set of targets already. Straight down the anterior view (front view of the body) of the centerline theory we have the: 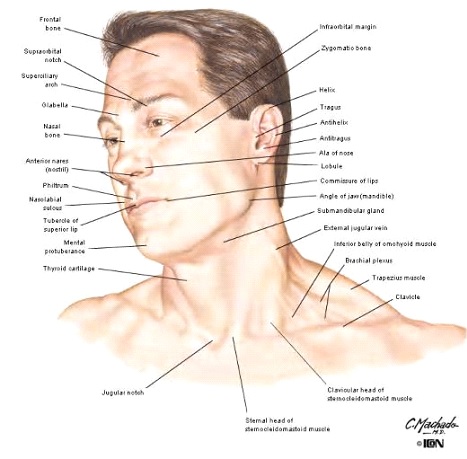 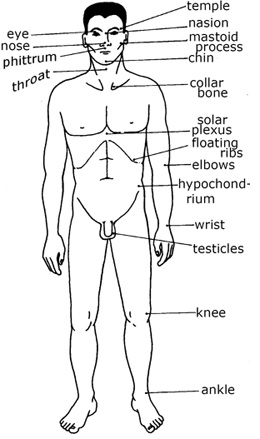 Now, on the posterior view (back view of the body) of the centerline theory we have the: 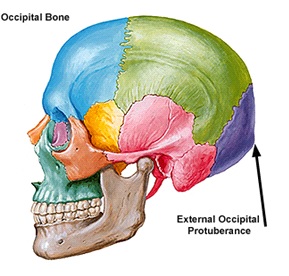 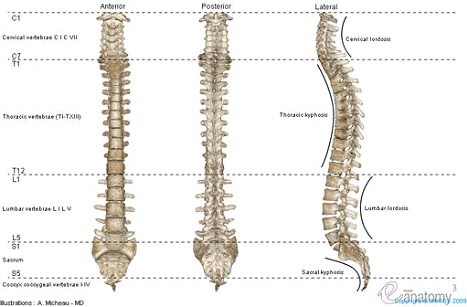 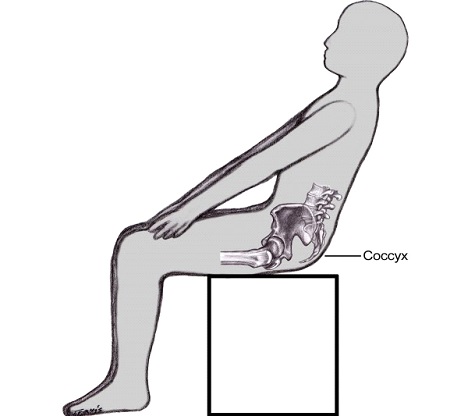 As you can imagine, target points such as these require very little if any power to execute to effectively take out your opponent. These are nerve destructing, immobilizing, and even paralyzing target points where power and strength are not required and are not necessary. And because every human body adheres to the laws of magnitude, means that no matter the size, height, and width of the opponent, they will feel pain. If not, damage can increase until they are injured. Magnitude effectively inflicts the most amount of damage with the least amount of force. This allows smaller sized individuals to take out bigger sized individuals in a streetfight where there are no rules. If you think of Pareto’s law, the 80% of the damage, is inflicted by 20% of the effort.

The law of physics states that power is equal to Force times Velocity; P=Fv. In this second part, power is the other way of inflicting blind numbing pain to your opponent.

Imagine a viciously strong roundhouse kick to your thighs, I can bet after the adrenal glands are done pumping the adrenaline, you’ll be feeling your muscle tissues the entire week.

Now with all of this in mind and adhering to the formula of magnitude x power. We can still effectively do damage if all we have is power and no magnitude and vice versa. For example, if a 250lb male swung with all his force and struck your Cephalic vein (the vein that runs down your shoulders to biceps) like a gunt from several Filipino systems, you can bet your ass that you won’t be using that arm to punch anytime soon.

To understand this a bit more thoroughly, you can still take out your opponent if all you have on the equation is power.
However the most ideal, effective, and efficient way to take out, immobilize, and end any opponent is through the use of Magnitude AND Power.

How To Hit And Kick Stronger, Faster, and Better

This idea that we must work our muscles in order to hit stronger and faster is not necessarily true.

Muscles themselves have no proper guide to follow through for power.  However, the manner in which they are utilized and used for effectiveness comes from our nervous system.

Knowing this, each time you perform a somewhat shitty ‘move’ or feel uncoordinated when you punch or kick, it’s mos tlikely that your nervous system is not yet tuned in to the motion of the punch and or kick.

A well executed punch and kick is a direct result of a coordinated and trained nervous system to the point where one can instinctually do it without a thought. Think of it as second nature. You can easily brush your teeth without looking because your nervous system has already cultivated the motion of your hands. If done on a religious-like cycle, it not only registers the motion in your system but allows you to do it faster the next time.

The movement in the punch and kick has been trained to the point where the nervous system sends impulses to the muscles to contract at the exact second it is needed, and stops the second it is not. By training our nervous systems to undergo the motions, the muscles are able to recruit, contract, and uncontract at the exact milliseconds that it is needed to enable proper use of speed and force. This is scientifically supported here:

“An initial [contraction] was timed with the initiation of motion presumably to enhance stiffness and stability through the body before motion. This appeared to create an inertial mass in the large “core” for limb muscles to “pry” against to initiate limb motion. Then, some muscles underwent a relaxation phase as speed of limb motion increased. A second peak was observed upon contact with the opponent []… this would increase stiffness through the body linkage, resulting in a higher effective mass behind the strike and likely a higher strike force.” Read more of cited here: http://www.ncbi.nlm.nih.gov/pubmed/20072065

Alright, our nervous system is important, how am I suppose to train that?

Through series of training, smarter not harder, you can increase the strength, power, and speed of your punches and kicks.

Isokinetic muscle contractions (IMC) have been used by peak-leveled athletes all around the world (including Bruce Lee) for increase speed, power, and recovery. IMC allows the nervous system to run through the full range of motions in the delivery of punches/kicks and register each exact muscular contraction and uncontraction. The benefits of IMC is the vast amounts of nerves being registered throughout the entire full range of motion in the punches and kicks; allowing muscle strength and contractions to speed up and get stronger.

“10 repetitions of either low or high velocity isokinetic contractions [. . .] resulted in full recovery or potentiation of most measures [. . .] The potentiation effect predominantly occurred following the [workout stimulus][] which might be attributed to a greater agonist-antagonist torque balance and less metabolic stress associated with the shorter duration higher velocity contractions.” Read more of cited here: http://www.ncbi.nlm.nih.gov/pubmed/21467597?report=abstract

“Acute or chronic increases in physical activity result in structural, metabolic, hormonal, neural, and molecular adaptations that increase the level of force or power that can be sustained by a muscle. These adaptations depend on the type, intensity, and volume of the exercise stimulus, but recent studies have highlighted the role of high intensity, short-duration exercise as a time-efficient method to achieve both anaerobic and aerobic/endurance type adaptations. The factors that determine the fatigue profile of a muscle during intense exercise include muscle fiber composition, neuromuscular characteristics, high energy metabolite stores, buffering capacity, ionic regulation, capillarization, and mitochondrial density. Muscle fiber-type transformation during exercise training is usually toward the intermediate type IIA at the expense of both type I and IIx myosin heavy-chain isoforms. High-intensity training results in increases of both glycolytic and oxidative enzymes, muscle capillarization, improved phosphocreatine resynthesis and regulation of K(+), H(+), and lactate ions.” Read more of cited here: http://www.ncbi.nlm.nih.gov/pubmed/22629249