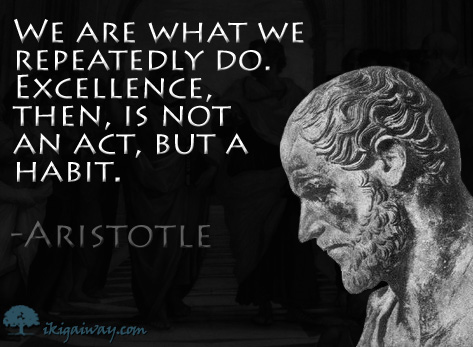 Mediocrity, by its very definition, is what surrounds us. The world is constantly seeking a balance of order. As such, we as a species follow suit and establish an acceptable average of behavior and endeavor. That’s why excellence is so noteworthy and challenging to achieve.

Of course, with the advent of TV and the internet we can see excellence at work everyday. Tune into a basketball game featuring LeBron James to see what talent plus hard work can accrue. But the flashy kind of success isn’t what I want to talk about today. What I find noteworthy, and truly enjoyable to see, are people who endeavor to be the best they can be at whatever it is they’re doing, no matter how seemingly mundane. Indeed, a person of excellence can turn the routine into something remarkable.

Not too long ago I found myself at the grocery store doing typical grocery store stuff. As I finished gathering my items I walked past the checkout aisles, recognizing the predictable looks of mild impatience from the customers and general malaise from the cashiers. They all appeared roughly the same until I came upon an aisle that was moving faster than the others. Not only that, but the common air of drudgery was suspiciously absent. I saw a few smiles as person after person wrapped up their business. I decided this was as good an excuse as any to hop in.

When my turn came to checkout I got a good look at the young man behind the register. He wasn’t remarkable in stature or appearance; just in average, slightly nerdy fellow. But what DID stand out was his presence. He stood with excellent posture, not puffy but not meek and defeated either. He scanned items deftly, manipulating fruits, vegetables, deli items, and more with ease. While working he engaged me in just enough polite conversation to make me feel attended to but not burdened. Before I knew it I was out the door and headed home.

There’s no outrageous end to this story. The young man behind the counter didn’t rescue any kittens or stop any thieves that day. But what he achieved was quietly noteworthy. He tolerated nothing less than excellence from himself.

How Habits Can Alter Our Destinations

It wouldn’t shock me if the young man behind the counter became a manager one day, or even a business owner. In fact, I don’t see any particular limitations for him as long as he can maintain the same attitude as he displayed during that one work day.

Like Aristotle says in the quote above, excellence is not something that occurs once in a vacuum. Certainly people are capable of heroic acts and unusual moments of achievement, but more often than not those who succeed understand that the destination is a result of how the journey was made. The trap most people fall into is putting focus on the major events at the expense of all the little moments in between.

I remember a friend telling me a story about his father, Roger. Any time Roger went out of the house he refused to dress in anything less than his best. It didn’t matter if he had a critical business meeting or a stop a the post office, Roger carefully selected a button down shirt, dress slacks, polished shoes, and a tie. When asked about this peculiar habit Roger simply replied: “It’s not for other people. I don’t do it for them. I do it for me. If I don’t set high standards for myself, who will?”

It was Roger’s intolerance for mediocrity that made him noteworthy. It’s also something that others around him could sense. There’s an old saying that goes “chance favors the prepared”. In much the same way, achievement favors those who aspire everyday and look inward toward refinement. 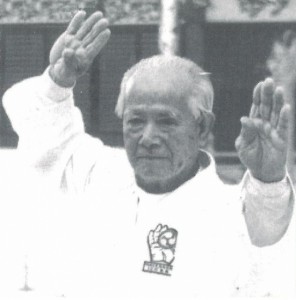 Striving for achievement is one of the most ingrained aspects of martial arts training. Every serious student has felt the grind of repetition and the burn of correction. The dojo is a rare place in modern society where the idea of habitual excellence is lived out in real time.

However, it’s just as easy (perhaps easier) for martial artists to miss the subtle message espoused by Aristotle. Discipline, character, temperance, and control are elements stressed inside the dojo but are often left at the door as students walk out for the evening. The refinement that was preached during kata training might not make the transition into day-to-day living.

In Okinawa there is a very important term known as “hinkaku”. On the surface it can be translated as “personal dignity”, but really it tells a much deeper tale. Rare Individuals who display hinkaku have overcome the hardships of life yet still exhibit kindness and understanding. They move with a refinement of posture, motor skill, and balance yet do not make displays of it. Their intensity and focus is coated in contemplation and open-mindedness.

Hinkaku is the result of a lifetime of personal refinement and achievement mixed with a fervent maintenance of humility. Hinkaku is impossible to fake and is exuded not intentionally but as a result of “living the martial way”.

Striving toward this improbable feat of character is one of the most important aspects of karatedo training and the mark of a rare person. Making excellence a habit, therefore, is not an option, but a responsibility for any dedicated practitioner.