Learning vs “Debunking” (And How to Peek Over Your Wall)

I used to be a debunker. It was an attempt at establishing some form of self identity. When I saw a Taekwondo fighter doing high kicks I would think to myself: “see that’s not practical for the street. His groin is open and he might slip.” Debunked. Next.

Even though my analysis had merit, I was using it as an excuse to close my mind. I was scared of the vastness and complexity of the martial arts. Instead of trying to learn about people and styles that I had no experience in, I simply chose to dismiss them.

In our martial training, there is a great fog to wade through. The fog is there because we each have to develop as individuals and complete artists. Some people choose not to explore, and decide simply to build walls around themselves based on the limited knowledge they have. This shields them from the uncertainty and scope of martial exploration. A few years ago I started constructing my walls, but I’d like to explain how I ultimately decided to tear them down (and how you can too). 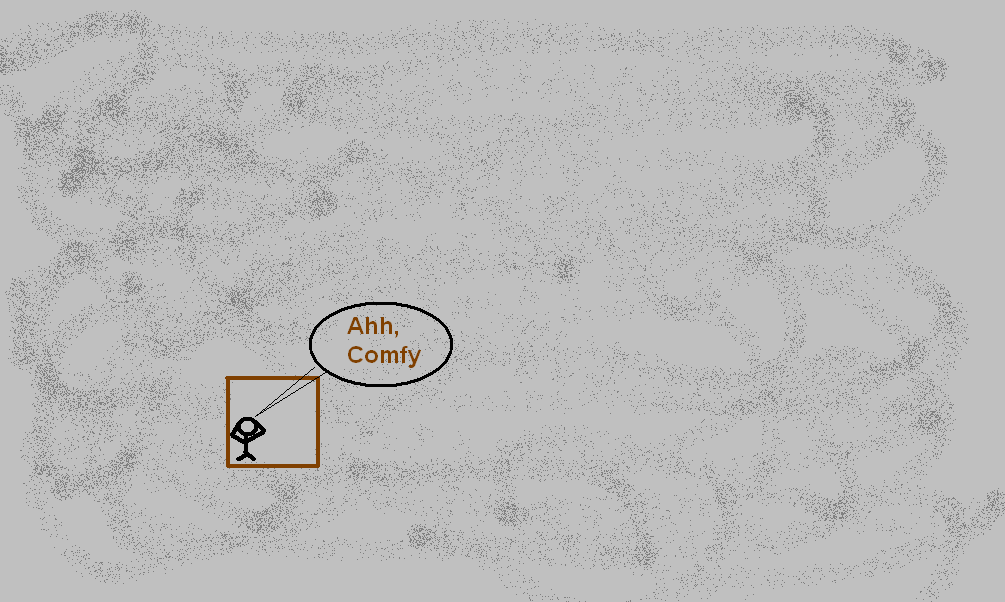 Despite the closed-mindedness I displayed in previous years, I’m not angry at myself. I was young both in age and experience and it is impossible to understand the martial arts in a broad sense early on. In fact, comprehending how all the martial arts work together is one of the great ongoing challenges that I don’t think I’ll ever truly lock down.

I’m not angry because I was able to eventually turn my debunking habits into healthy learning (which we will slowly define). A couple of factors helped me turn that corner. First, I took on a full time teaching role at a young age. Just as my walls started to go up, I was forced to discuss concepts with students much more world experienced than me. All of my concrete solutions had to stand up to their inquiries and stories about how real violence happened to them. Since  I was young, I didn’t have all the answers already planned out, as opposed to someone well entrenched in their box.

Second, I was an avid reader. Even though I started as most people do with pop culture books and movies (Enter the Dragon, The Princess Bride, etc), I quickly switched over to instructional books. Some books spoke to me immediately, like “Living the Martial Way”. Other books utterly confused me, in a good way, like “Book of Five Rings”.

Third, through our annual training events, I was exposed to real practitioners of different styles. I got to see (and still do get to see) top martial artists go about their business and explain their concepts. It was through one of the seminars by George Alexander and Rick Zondlo that I ultimately decided to study swordsmanship, which has been invaluable in increasing my awareness of the broader aspects of martial art technique and mindset. 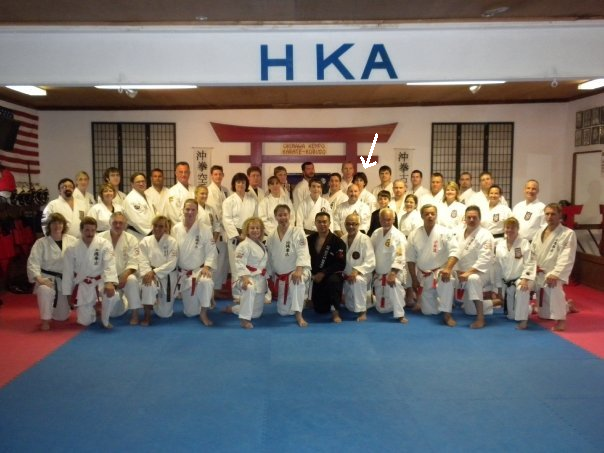 Joe Hyams tells an excellent story in his book “Zen in the Martial Arts”. I’d like to take a quick excerpt. This is a story Bruce Lee told Joe during their first training session together:

“Let me tell you a story my sifu told me. It is about the Japanese Zen master who received a university professor who came to inquire about Zen. It was obvious to the master from the start of the conversation that the professor was not so much interested in learning about Zen as he was in impressing the master with his own opinions and knowledge. The master listened patiently and finally suggested they have tea. The master poured his visitor’s cup full and then kept on pouring.

The professor watched the cup overflowing until he could no longer restrain himself. ‘The cup is overfull, no more will go in.’

‘Like this cup, you are full of your own opinions and speculations. How can I show you Zen unless you first empty your cup?'” – Zen in the Martial Arts

When I was debunking people, it was because my cup was full of my own opinions. True learning is allowing yourself to empty that cup and honestly listen to other people. Of course, that doesn’t mean you have to blindly accept what’s given to you.

“This does not mean that Bruce prevented me from applying a critical mind to his teaching. In fact, he welcomed discussion, even argument. But when challenged too long on a point his reply was always, ‘at least empty your cup and try.'”

I still think my evaluations about taekwondo and ground fighting had merit. Kicking high DOES open up your groin, and is risky on certain surfaces. But what if you have an opponent who constantly keeps his guard down. Wouldn’t it be nice to have a devastating high technique to finish things quickly? Furthermore, who walks around on ice and slippery gravel all day?

If given the option, I wouldn’t want to take a fight to the ground. It’s risky because there might be other assailants to deal with, and room for proper ground technique is always a factor. However, sometimes you aren’t given an option. If you get bull rushed from behind and end up on the ground, no amount of straight punch practice is going to get you out of that situation.

It’s my belief that every practitioner should try to learn with an empty cup. It can be very scary to do so because the realm of martial arts is so vast. It takes decades to become competent in just one style, let along being open to other styles. There is also the risk of becoming too eclectic and ‘watering down’ your core style. This occurs when people loss the ability to separate the original intent of their style with their own personal findings (or if they are trying to make up their own system).

I believe having a core style, and being faithful to it, is critical to success. However, in my personal experience, considering outside sources has served to strengthen my good techniques and improve my bad ones along with broadening my general comprehension. Using a critical mind to assess both the valuable and not-so-valuable in other methods has actually increased my ability to spot nonsense in the arts, as opposed to making me blind to it.

Why is it so common and easy for martial artists to put up walls?

The first reason is sheer laziness. The less we have to think about other stuff the better. Why not just take what’s spoon fed to us and accept it as ‘the best’ way to do whatever?

The second is fear. Fear that years spent in training might have been a waste. That the ultimate techniques promised early on aren’t going to be delivered as neatly as advertised, and that there may have to be a starting over – an emptying of the cup.

The third is business. Many school owners are relying on profits coming in from students, so why would they bother to send those students elsewhere to learn? If they promise the moon and stars, then the student will likely stick around for awhile before getting bored and moving on (or drinking the koolaid completely and staying for the long haul).

Finally, martial arts is an absurdly political realm. People’s egos demand that they stand apart from everyone else, and that their method for doing things is unequivocally better than every other way. They simply can’t bring themselves to admit that someone else might know better. Or, if there are other practitioners who are their “enemies”, they might disparage that style just to get back at the individual.

It’s messy, but you don’t have to contribute to the mess. Use an open mind toward other martial artists and respect what they have to say, even if you come to the ultimate conclusion that you don’t intend to agree with their opinions. Recognize bogus martial arts for what they are, but be careful not to dismiss foreign concepts before you’ve given them an honest shake.

Ultimately you might come to agree with something I believe – the fog is the fun part! 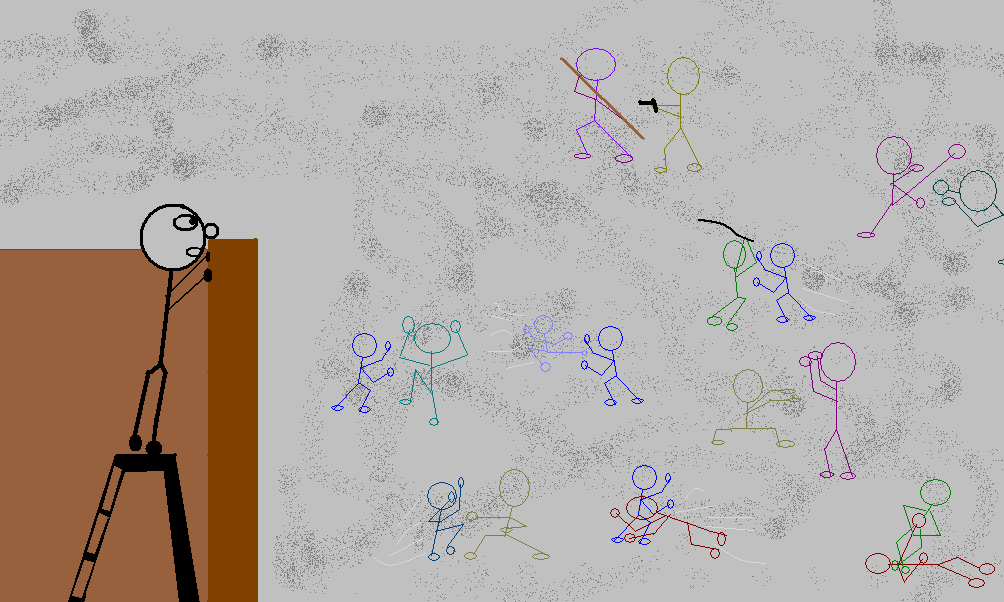