Kama – The Sickle of Okinawan Kobudo

Okinawan Kobudo has a diverse array of weapons. Gathered from everyday farming implements (but sometimes not really, shhhh), the Okinawans developed an impressive life protection system through armed combat. The kama, or sickle, is one of the fierce and intimidating weapons they developed. 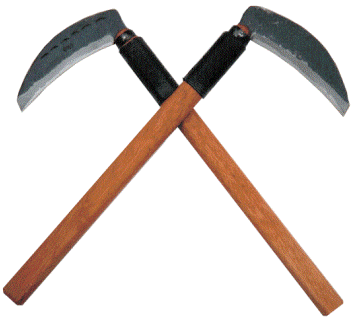 As you probably already guessed, the kama were used to cut wheat, rice, and sugar cane on the island. The sickle is a very commonly developed tool and most cultures came up with something similar. The Okinawans, due to necessity, took things one step further and adapted it into a weapon.

The handles are made from a variety of hardwoods, and the blades of metal (obviously). The tang of the blade goes down into the handle and is fastened there. The area is then covered in a wrapping (the black in the kama above) as a final protective layer to keep everything as tight and sealed as possible. The wrapping is not a hand grip as you’ll sometimes see. Remember, those blades are going to be razor sharp on a real pair of kama and you wouldn’t want your hand anywhere near them.

The kama are instead gripped at the bottom of the shaft for maximum leverage during strikes and cuts. The primary striking areas are the sharpened inside of the blade, the blunt backend of the shaft/blade, and when the kama are folded inward, the butt edge of the shaft.

To see the kama at work, let’s take a peek at me attempting a kata (Odo no Kama Ni):

Also viewable by logging into facebook and clicking here

You’ll notice the usage of sweeping motions combined with sharp pull-backs as the kama practitioner finds his/her way inside the maai of the attacker. The techniques for kama are universally useful, no matter what the attacker has in his hand, if anything; but one focus of the kata is being able to slip inside of the range of spears and swords, hooking the weapons aside just long enough to cut into the opponent. The duality of the weapon gives the practitioner a chance to block and enter in one motion.

If you are involved with kobudo or are thinking about it, try to avoid this sort of thing: 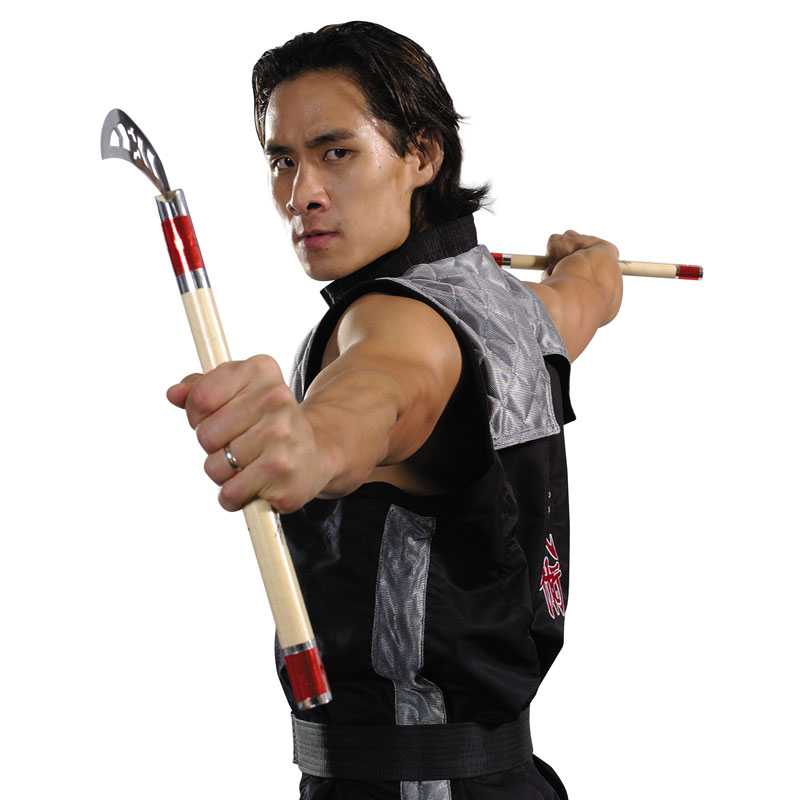 Traditional kama and xma kama are two very different animals. You’ll notice the kama above have extremely thin metal blades and air holes (not sure why). But more important than that, the practitioner is holding the kama in a very risky way. By grasping the middle he has eliminated any potential blocking surface, along with reducing the effectiveness of his attacks by about %50. Any strikes he might be able to produce with either blade or butt-end are going to be severely limited.

When it comes to kama, “extreme” kata and actual usage of the weapon are worlds apart. Both have their place so long as one doesn’t try to pretend to be the other (if you are interested in traditional kama, check here for more info).

In learning the kama, be sure to practice slowly and with a dull pair initially. You can even snag wooden ones, which you can later use for bunkai and kumite purposes. The hand changes and manipulations are difficult so don’t feel discouraged. Finally, be careful not to hook anyone around the neck too hard (not that I’ve ever done that).