Is It Possible to Cross-Train Hard and Soft Styles?

This is a great question about the relationship between hard and soft styles:

“Recently I started training in Old Yang Style T’ai Chi Ch’uan in order to add to my Okinawan Kenpo Karate background. I was wondering if there is any particular relation between hard and soft styles. Do they compliment/take away from each other, is there any historical relationship between the two, etc?”

Here’s my take on it: 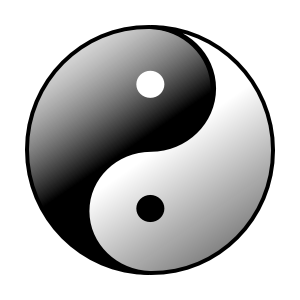 Diversifying training is a very natural and organic part of martial arts growth. Being exposed to a wider variety of methods and mindset can not only fill in skillset gaps but can actually provide fresh perspective on the core art of a practitioner. It’s like seeing a sculpture from one angle for years, and then being allowed to view it from the reverse angle. Certainly you’ll gain new appreciation for the artwork.

Of course, cross training comes with inherent risks. When done sloppily, lazily, or hastily it can prohibit the practitioner from learning the new art well and negatively effect the core art.

With that in mind, let’s look at the particular situation presented by this question – mixing Yang Style Taijiquan with Okinawa Kenpo Karate.

The key to understanding if a “hard art” like Okinawa Kenpo and “soft art” like taijiquan has historical connection and can possibly co-mingle rests on the question: which versions are you talking about?

When thinking of taijiquan, most people picture the modern fitness studio version that focuses almost entirely on the meditative aspects of the practice. The movements are very slow and deliberate with a body that is as relaxed as possible throughout. This version of taijiquan is certainly healthful and can teach a person about body awareness, but it is not the complete art of taijiquan as established by it’s creators. Back in “the day”, taiji was an explosive and complex method of body development, energy transmission, and fighting technique as well as meditative practice.

For a look at more complete taijiquan, please watch this video of Dr. Yang Jwing-Ming. He provides a quick encapsulation of what taiji and external kung fu are, and at the 2:20 mark demonstrates an energetic and impactful taiji form:

As you can see, what Dr. Yang is able to do is quite a bit different than typical meditative taiji forms. His older, more complete understanding of the art begins to mix fighting technique with internal concepts.

Let’s switch gears now for a moment and look at Okinawa Kenpo, a form of karate with direct lineage from Okinawa. The founder of the style, Nakamura Shigeru, followed an interesting path throughout his karate career. He began his training while in middle school. At that time innovators like Itosu Anko and Higashionna Kanryo were just starting to bring karate out of obscurity and into mainstream Okinawan and Japanese culture. One of their objectives, inspired and supported by the Japanese government, was to integrate karate training into the Okinawan school systems. The goal was to create fitter youth with a better sense of duty, military preparedness, and Japanese organization.

Karate, as it had been done in prior generations, was not well suited for young children in large groups with limited training time. So Itosu and a handful of others set out to simplify, organize, and Japanize the process. What happened as a result was a stronger focus on linear striking, group forms, hard blocks, etc (the things we now recognize as modern karate).

After coming up through that system and gaining reputation as a skilled karateka, Nakamura decided to seek out more of his roots and learn about the classical karate that existed outside of the school system. One of his primary influences for this older style learning was a gentleman named Kuniyoshi Shinkichi, an Okinawan who had spent a significant amount of time in China learning about chuanfa and the Chinese ways. As a result, Nakamura’s karate became an interesting mix of school-era and pre-school-era karate. This dichotomy still exists in the style and is visible today when analyzing Okinawa Kenpo practitioners.

The Key to Historical Connection

When observing modern styles of karate and taijiquan it’s easy to see that the two have more differences than similarities. However, when digging deeply into the past of both styles you’ll find they come closer and closer together both in terms of execution and historical interaction. Karate’s history is speckled with Chinese influence, getting more Chinese the further back you go. While karate has always been less internal focused than taijiquan and execution of the two arts has never been identical, they do have more shared focus and technical execution than most people realize.

The Key to Technical Connection

No. In fact, I know a number of individuals who have really benefited from experiencing the drastic difference between the two. Going from extremely hard to extremely soft (or vice-versa) can generate serious aha! moments that improve the practitioner greatly. However, large hard-soft gaps can also create confusion in both body and mind and can potentially degrade a person’s overall ability to perform when it counts. It’s a similar problem to having 100 decent self defense techniques vs 10 great ones. The body/mind/spirit never get a chance to transcend in any one particular way.

Is it possible to cross-train modern hard and soft? Yes. Is it time intensive with potential problems? Yes.

By focusing on the older methods of taijiquan and karate, a practitioner can put themselves ahead of the game by working off of connections built by generations of practitioners who shared the same goals – to create a functional system that is capable of learning from new resources while not degrading the core foundation of the art. In fact, some arts considered this pursuit of Hard+Soft central to their methodology (think Goju Ryu).

Odo Seikichi, inheritor of Okinawa Kenpo from Nakamura Shigeru, was a brilliant proponent of this method of martial development.

You wouldn’t confuse Odo Sensei’s performance for taijiquan, but you wouldn’t mistake it for a tournament karate kata either. There is a patient, energetic cadence to his movements.

Sometimes my ideas on this subject can seem counter-intuitive. I believe cross-training is extremely valuable and necessary for martial growth, while at the same time I don’t believe the foundation of a classical art should be compromised. It sounds impossible or impractical on the surface, but once a practitioner studies a core art for long enough they understand what makes it tick and can use outside arts to unlock new perspectives on the same foundational material. That’s why beginning cross-training too soon can be dangerous, while never exploring new ideas can be equally dangerous.

It’s a delicate balance that requires the utmost thought and respect. The trick is to continuously keep ego out of the equation. Resist the urge to believe that studying two or three arts has let you transcend your original art, because that mindset often means you didn’t understand your core art to begin with.