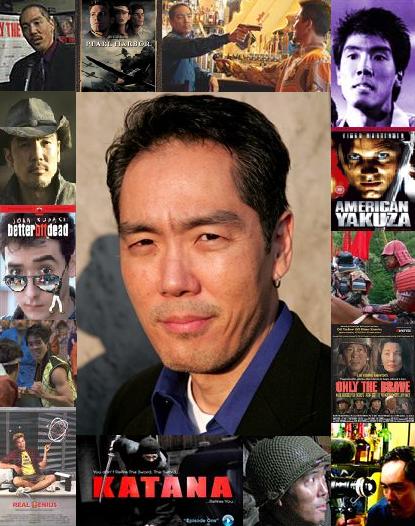 Born in Los Angeles, California, Yuji Okumoto was both an athlete and actor from early on. By participating in sports (baseball, basketball, martial arts) and enrolling in theater classes, he eventually found a home in the world of movie making.Â  Yuji’s credits span a wide variety of roles, from the comedic “Better off Dead” to the powerful “Only the Brave“.

These days, Yuji has developed his career into a mix of acting, directing, and entrepreneurship. Making waves with his new online series, Katana, Yuji is undertaking new mediums of entertainment while acting as both co-star and director. Meanwhile, he is running his own restaurant in the Seattle area called Kona Kitchen.

We know Yuji has tackled both the restaurant and movie worlds…but can he survive my hard hitting interview style? Let’s find out –

MA: Thanks for participating in some Q&A Yuji. Big fan here. For those who don’t know, your new show Katana is actually being aired on Strike.TV, an online hub who’s slogan is “Hollywood Unplugged”. How did you first get involved with them?

Yuji: I walked into my agent’s office one day and mentioned I had shot an internet short. My agent took a look at it and immediately contacted the head of the agency and informed him of the project. I didn’t know this at the time, but the head of the agency was one of the principal partners responsible for spearheading Strike TV. He called me right away and wanted to sign a contract for  Katana.  This business sure requires a lot of luck and timing.

MA: What inspired you to create the original short, and ultimately the show now being produced?

Yuji: I wrote  Katana because it was a project that gave me the opportunity to work with a talented group of actors, stuntmen, and crew. We all know that as an actor, unless you’re calling the shots, you’re basically a hired gun. You do your job and you’re done. With Katana, my objective is to keep our core group together and build an ensemble of talent, much like you have in Repertory Theater. You work toward a common goal and leave your egos off the set.

MA: Have you always been interested in the martial arts? What sparked your enthusiasm (personal training, movie influences, etc)?

Yuji: My interest in martial arts started when I was 13 years old. I was not very big as a kid so I decided that in order to defend myself, I had to study some sort of self defense. On top of which, I was a big fan of the old school karate/kung fu movies of the seventies. My first experience in the arts was Chito-ryu karate. My Sensei was Yukinori Kugimiya. During my senior year in high school I took some time off from karate to focus on my school work. Upon graduating, I took up Shotokan and Judo at a Junior College. Sensei Hayward Nishioka was my instructor. I was also studying acting and dance at the time. 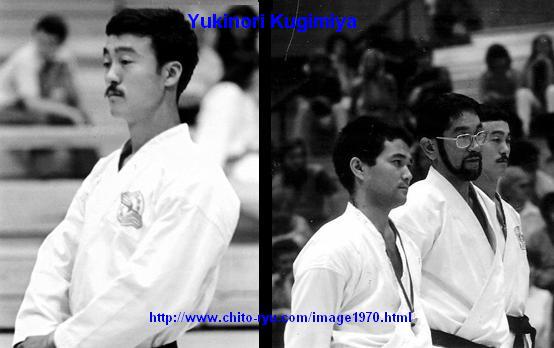 Later I transferred to CSU Fullerton where I majored in communications. It was there that I realized that I wanted to be an actor. I began studying acting full time and worked hard on improving my martial arts. You know, being Asian there’s always that stereotype that we all know how to fight. I figured I wanted to work as an actor so why not. I studied Kajukembo with Sensei Ron Takaragawa. He taught out of his home…in his living room of all places. We’d move some of his furniture out of the way but we still kept breaking things. Pretty soon his wife said, enough and kicked us out of the house. Go figure. We ended up training in his backyard. I had a lot of great memories. I’m sure the Sensei’s wife didn’t.

Later I studied Yau Kung Moon, a southern style gung fu. My sifu, Kevin Quock also taught out of his house. Not inside, but in his front yard.

MA: What were some of the early hurdles to get a show like Katana off the ground? I imagine this was fairly new territory since the show is entirely online.

Yuji: The biggest hurdle to get Katana off the ground was scheduling. Since we were using guys from L.A. we had to make sure they didn’t have another job that conflicted with our shoot. We also knew we only had the guys for a few days so we had to make the most of our time. It was a little stressful, but I knew we could get it done especially with those old pros. Did I say old, I meant experienced.

The second biggest hurdle was losing our monitor before we started shooting. Someone tripped on the cable on the set and ripped the cord out of the camera jack. The DP had to shoot the entire show using just his viewfinder. That was not fun, but you have to keep going.

MA: What are the benefits of having a smaller production and doing things online as opposed to the full-out Hollywood productions you’ve been involved with?

Yuji: The benefit is you don’t have someone telling you what you can or cannot do. Well, unless of course you’re Spielberg.

MA: You seem to have secured a very good cast headed up by yourself and John Koyama. Did you and John have a pre-existing relationship, or did you actually have to steal his daughter to get him involved (which would consequently make Katana a documentary)?

Yuji: Johnny and I have known each other since the early 90’s. And yes, I had to kidnap one of his kids. I’m kidding, of course. I had emailed Johnny the script, he liked it and he came on board. With him came the rest of the guys, Al Goto, Sam Looc and Don Tai. [Richard Cranor’s blog can be found here.]

MA: You played the classic character Chozen in Karate Kid II. Your character Kenji is also a sarcastic, ruthless villain. Is there anything in particular that draws you to this kind of character? Do you find it more fun?

Yuji: I definitely enjoy playing villains. Probably the biggest reason is that you have fewer boundaries. You can get away with doing things that would normally get you arrested.

MA: You’ve been involved with a bunch of great movies (Pearl Harbor, Only the Brave, etc.), but I was hoping you would reminisce about Karate Kid II a bit for us martial artists. Not everyone knows this, but Karate Kid II was actually filmed in Oahu, Hawaii as opposed to Okinawa itself. Was it difficult filming in Oahu yet trying to capture an authentic Okinawan essence?

Yuji: Well, for the people familiar with Oahu, there’s a shot of Chinaman’s Hat in the background. The Hat is such a huge landmark in Hawaii that all the local people who saw the movie knew right away that it wasn’t Okinawa. The fictitious Tomi Village was built on the Windward side of Oahu at the cost of nearly one million dollars. Which, at the time was a lot of money. It was a shame that most of the village had to be destroyed for the final hurricane scene.

One of the main reasons for shooting in Hawaii was that the producer didn’t want to travel all the way to Okinawa. It was a long trip and I think he preferred staying in Hawaii. I wasn’t about to argue.

MA: Are there any particular moments from the movie that stand out to you as special?

Yuji: The most memorable part of Karate Kid was probably getting the job. I remember when I got the audition the casting director told me that they were looking for someone under 6 feet tall. So the day I went in to meet the Producer and Director I made sure to slouch a little. It’s kinda comical thinking back on that.

MA: Did you receive any special karate training to prepare you for this role (as Chozen)? Were there any karate experts on hand during filming?

Yuji: The stunt and fight choreographer was Pat Johnson who had worked on the first Karate Kid. I worked out with him a week before we started shooting and I also spent time working out with Sensei Fumio Demura. 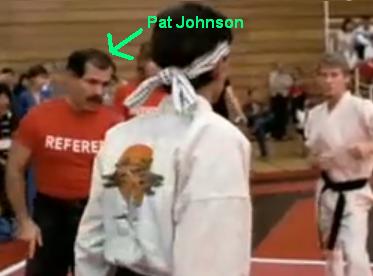 MA: Were you surprised/taken off guard by the cultural impact the movie had?

Yuji: I had no idea the film would be that big. I knew the first one had done really well, but none of us really knew how the sequel was going to be received. After the film was released, I can’t tell you how many kids came up to me and told me they had started taking martial arts because of the movie. One fan even came up to me and said his kid wanted to grow up and be just like me. Let’s hope it wasn’t because I was the bad guy.

MA: Did they let you keep that killer yellow and black vest gi? 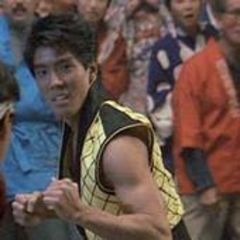 Yuji: I wish I had kept it. It would have been hanging on my wall in a frame somewhere in my restaurant.

MA: Yuji, thanks so much for fielding some questions and giving us insight into the Hollywood aspects of martial arts and movies. Keep up the great work.