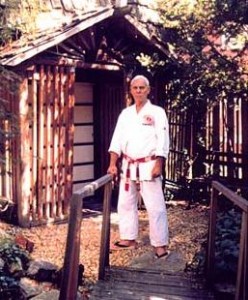 I am pleased to present this interview with Sensei William Dometrich, 9th Dan of the Chito Ryu style of karate. 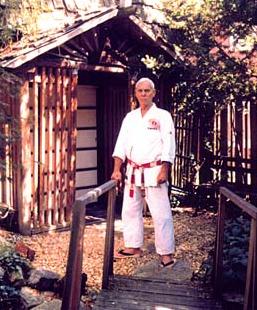 Dometrich Sensei has been one of the most instrumental individuals in United States history for propagating the art of Chito Ryu (and karate in general for that matter). He studied under the master Tsuyoshi Chitose (1898-1984) and is most well known for starting the United States Chito Ryu Karate-Do Federation.

In addition to being an accomplished practitioner, Dometrich Sensei is also the author of “Karate: The Endless Quest“. In the pantheon of valuable martial arts biographies, this is often considered a must-have. 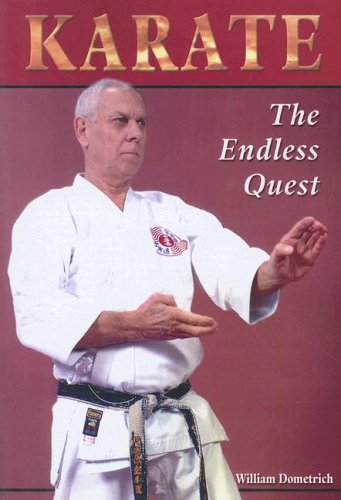 In June of 1950 the Korean War broke out and a remarkably young William Dometrich tried to participate. Thwarted by his youth, he was forced to wait a year until he could join the 187th Airborne Regimental Combat Team stationed in Korea.

Two years later, at the end of the war, Dometrich’s unit was restationed to Beppu City on the Southern Island of Kyushu, Japan. It was there, at 18 years old, Dometrich would begin his training with Ichiro Shirahama and ultimately Tsuyoshi Chitose (and would be the very first non-Japanese to do so). 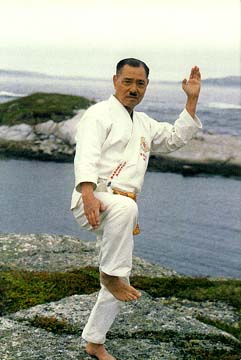 Chitose Sensei is widely regarded as one of the forefathers of modern karate. Along with Funakoshi Gichin, he helped spread the art to Japan. An invaluable piece of karate’s legacy, Chitose was renowned for his skill, wisdom, and ability to teach.

MA: Dometrich Sensei, when you first became interested in studying karate in Japan, you repeatedly traveled to Chitose Sensei’s village, arrived on his doorstep, and requested training. It was only after repeated denials that Chitose Sensei finally agreed to integrate you into his class in Beppu City.  How did you know to keep coming back and asking again and again? Weren’t you afraid of bothering and insulting him?

WD: Actually it never entered my mind. I was a young man of eighteen years of age and never gave it a thought. I just wanted to study Karate.

MA: You had some amazing experiences in Japan when meeting Chitose Sensei and throughout your martial arts career. For individuals who cannot afford to make the trip overseas, what can be done to properly follow the martial ways? Is there something special/irreplaceable to be gained by going to Japan/Okinawa?

WD: For those who do not have the opportunity to travel to Japan, there are some very qualified instructors here in the U.S. seek out one – do the research. There are also some instructors who claim something they are not.  When you find a instructor just be loyal to him/her and have a beginner’s mind.

MA: During your sankyu test, not only did you have Chitose Sensei watching but also Funakoshi Gichin. Did the magnitude of his presence strike you at the time?

WD: Who knew! I had no idea who anyone was except the small group I trained with and that Dr. Chitose was the man.

MA: Could you talk a bit about Chitose Sensei’s early training and how he came to establish himself in Japan?

WD: Chitose Sensei was born in Okinawa in 1898. His mother was, from my understanding, the granddaughter of Bushi Matsumura. 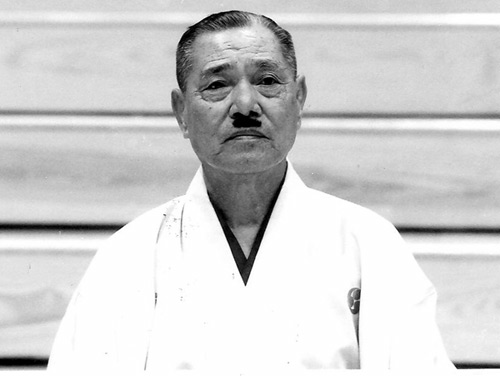 He moved to Japan in the late 1918, to 1922 time frame. I have been told that he traveled to Tokyo to study medicine. Once there he assisted Funakoshi Sensei who had been his teacher when he was a school student in Okinawa.

MA: It is said that when Chitose Sensei was young, he studied one kata for many years under the careful watch of Unchu Kamade Arakaki. What was that kata, and do you think this method of training was critical to him becoming such an exceptional artist? Do you believe others should try to study in the same way?

WD: The kata that Dr. Chitose practiced for seven years I was told was Seisan. I asked Chitose Sensei on several occasions what his first kata was and he told me Seisan. There are those who disagree with this – they believe his first kata was Sanchin. Sanshin really sounds more like it to me – but on at least two different occasions he told me Seisan, and he should know. He was an exceptional martial artist. Perhaps it was a combination of his ability, desire, training and who knows. Others should study in the way best for them.

MA: What was it about Chitose Sensei’s karate that made him so powerful and yet so graceful that it seemed he would float across the floor (as you described in your book)?

WD: Chitose could generate a great amount of power for his size. He had total body control and had developed vibration ability (not to be confused with hip snap). It seems he could move his internal organs to increase his power while his outside body moved hardly at all. He moved like a ballerina when he walked. People just never seemed to bump into him when he was street walking.

MA: How important do you consider makiwara and hojo undo in the big picture of martial arts training? Have you had any adverse effects from it? 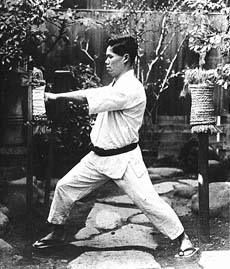 WD:  Makiwara training and hojo undo are important for the traditional martial artist when they start karate training and throughout their lives. As they get older it will become less important.

In The United States

MA: You trained with a lot of very impressive martial artists all over the U.S. in the 60’s. Was there a sense of community amongst western martial artists, and do you find more stylistic barriers these days?

WD: Actually I found more barriers in the old days. There was bad blood between a few various karate styles and groups. Today is much better as a whole.

MA: In your book you say that during your first large tournament, the black belt champion was technically sound, but behaved disgracefully. Can you talk a bit about what made him disgraceful?

WD: Basically the contestant had a bad attitude – he thought he was a super hero ( he read too many comic books).

MA: Could you discuss the atmosphere at some of the early tournaments in the west? There seemed to have been a lot of injuries and even ego oriented conflict.

WD: A few of the early tournaments ended up in blood baths. These were the exceptions. Injuries were caused because of the following: poor tournament rules- They are much better now. Poor referees and officials- today they are very good in most instances. A great many of the early karate students were bar fighters and the tournaments suited them. 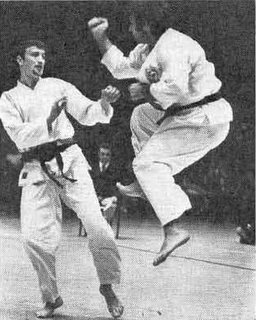 MA: You endured extremely harsh training and even tougher treatment in the military, and yet you thrived in that environment. Is that level of severity necessary for success in the martial arts? Was there anything that you believe was too harsh in your training that you wouldn’t recommend to upcoming martial artists?

WD: In the early years we ( I mean all of us Japanese and Americans) did some stupid things. Today training is much better. Better understanding of the body and how it works, better instructors, sports medicine, better clinics, tournaments etc. etc. etc. No matter what though the desire has to be there.