Marti Malloy is one of the most decorated Judo players in America. She may be young (born in 1986), but she has the experience and decoration of a seasoned veteran. She achieved a gold medal in her first senior international competition, the 2002 Rendez-Vous Canada, and has continued her winning ways since then. In 2012 she scored a bronze medal at the London Olympic games. She followed that up with a silver medal in the 2013 Rio De Janeiro World Championships, and a gold medal at the 2015 Pan American Games in Toronto. 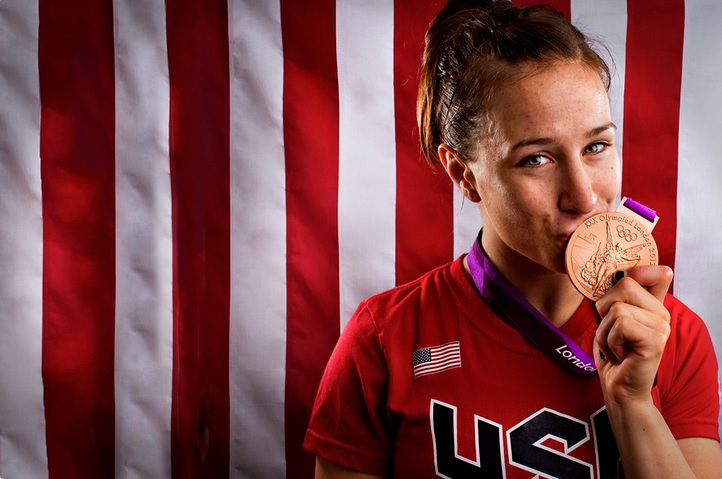 Despite her already impressive resume, wins didn’t always come easy for Malloy. She had to learn about sacrifice as a youngster to maintain her intense training schedule, and how to overcome defeat even after she had tasted success. Malloy now has her sites set on the 2016 Olympics Games to be held in Rio De Janeiro, where she hopes to achieve her goal of capturing an Olympic gold.

Marti was kind enough to answer some questions regarding her development as a Judoka, her ongoing training, and memories of her victories.

Q: Marti – you got your start in Judo at age 6 at the Naval Air Station Whidbey Island Judo Club. How did this come about at such a young age? Did your parents enroll you?

Yes, my mom enrolled me alongside my brothers. It was a free class for military dependents. I think it was a way for me and my three brothers to blow off some steam.

Q: What do you remember from your early days at Whidbey Island? Were you scared to get thrown when you first started training?

I remember my mom telling me and my brothers that she would buy us ice cream after Judo on Sundays (McDonalds had 10 cent cones on Sundays!) if we didn’t talk too much during practice (we were chatter-boxes). I don’t remember ever feeling scared, it was just fun to run and jump and try to throw people.

Q: Who were your biggest influences in Judo during your youth? How did they inspire you?

My first sensei Tim Spoo always called me a Tiger and was really supportive from the beginning. Later my coach Gary Steward became a major influence. He would drive me hours away sometimes daily just so I could get the training I needed.

Q: When did you start competing? Do you recall any stories from your early competitions that were funny/scary/rewarding?

I began competing not long after I started Judo at age six. [In terms of stories], I remember being famous as the little girl who would walk out to fight, grab my opponents and throw them with koshi guruma (head and arm throw) in the first 10 seconds. I won fights like that for years.

Malloy discussing her early days of training and her competitive record:

Q: Did you ever worry that Judo was taking up too much of your youth, restricting you from experiencing other things?

Yes, I felt that way at times, especially when I was a teenager and tempted by social activities. But it was few and far between, because I really enjoyed Judo. And I learned that all my hard work would pay off – so it was an easy trade for me.

Q: When you began competing internationally, it halted your streak of medaling at most events. Could you discuss why it was such a challenge for you and how you mentally overcame the defeats?

At the time I was at the beginning point of my career and was transferring from a junior to senior fighter among women who had been fighting at a high level for many years. It was really hard for me at first; I had never really learned how to lose. But it became a problem for me to solve. I analyzed why I was losing and where I was weak and I studied a lot of Judo videos. I looked at Judoka I liked and who made judo look effortless and I tried to mimic them. This approach eventually helped me start to win.

Marti in action at the 2015 NY Open Judo Team Tournament against a Cuban competitor:

Q: How was your training at San Jose State different from your experiences at Whidbey Island?

My first dojo on Whidbey was never meant to be an elite training center. It was a family club for military families but also served as physical fitness training for enlisted Navy members. So there was a huge focus on physical fitness (we would warm up by doing 100 push ups and 100 sit ups, when I was six!). For that reason I was in great shape, but hadn’t had a good range of technical training. That’s the main difference between Whidbey and San Jose State University.

Q: Could you describe your training regimen and preparation for big events like the 2012 Summer Olympics?

My training and schedule for the year is laid out a year in advance. My evening training kicks off on the mats at 5:30 p.m. sharp every day and my trainer has me on a lifting schedule (three to four days a week) that fluctuates between strength, hypertrophy, speed, etc. generally over six week cycles.

At the same time, I generally always do Judo six days a week. On top of that I do endurance training like running/sprints three days a week. This training doesn’t change much in build up for a competition, but the intensity of that training does. 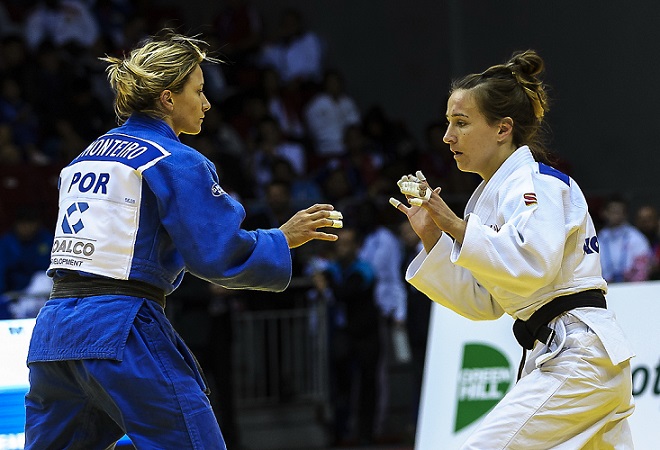 Q: Are there any particularly memorable moments from the 2012 games, either on or off the mat?

The most memorable was obviously coming home with a medal; I honestly don’t think that many people expected me to. But being in London with my blood family and judo family celebrating a dream of mine coming true is something that I will never forget.

Q: Are there any sponsors or products that you would like to thank and make readers aware of?

I would like to thank Dollamur Sport Surfaces for their support over the years. We collaborated to develop the durable “Malloy Olympic Mat.” For each one purchased online, a portion of the proceeds are donated towards the fight against breast cancer as well as supporting my 2016 Olympic pursuit. 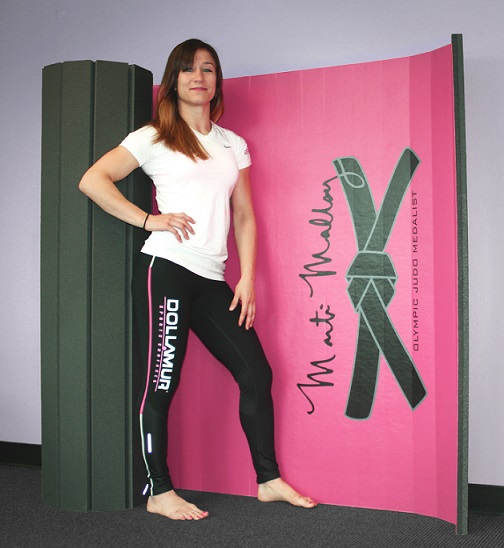