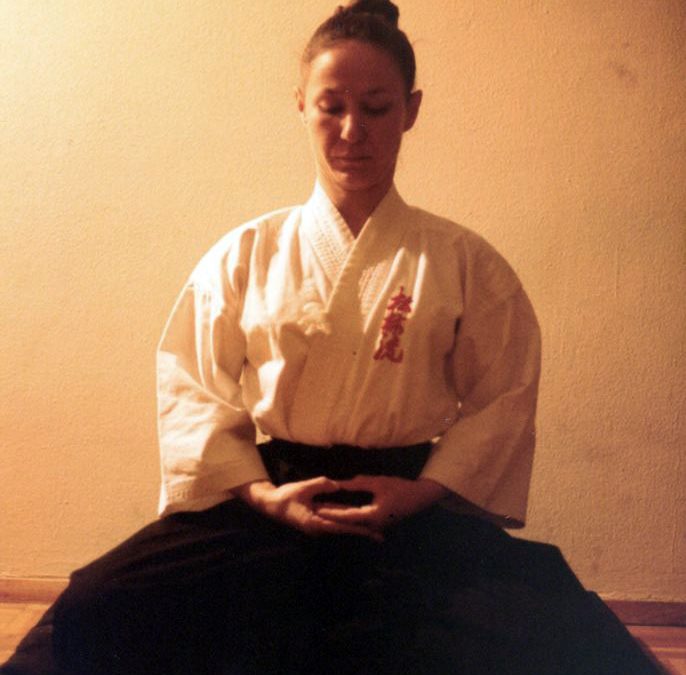 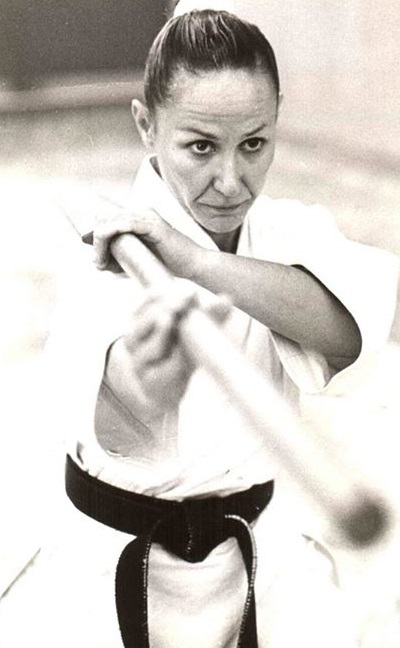 Q: Loukopoulos Sensei, did you have a formal invitation to train with Nagamine Sensei from one of your previous instructors or did you just show up and hope for the best?

I did not have a Letter of Recommendation; I just showed up and hoped for the best!

Q: What were your early impressions of Okinawa and its people?

My early impressions are the same as today. Okinawans are a gentle, kind, and smiling type of people. On the surface all is calm and gentle. Underneath the surface, it is an intricate cultural system where everyone struggles to achieve without being perceived as hurting others. All are in the service of the greater good. Within those parameters, a foreigner can easily make mistakes beyond repair. Worse yet, the foreigner would never know it.

Q: How was training with Nagamine Sensei similar or different than your training experiences in the USA?

In both Hombu and Heshiki Sensei’s dojo we sat zazen. 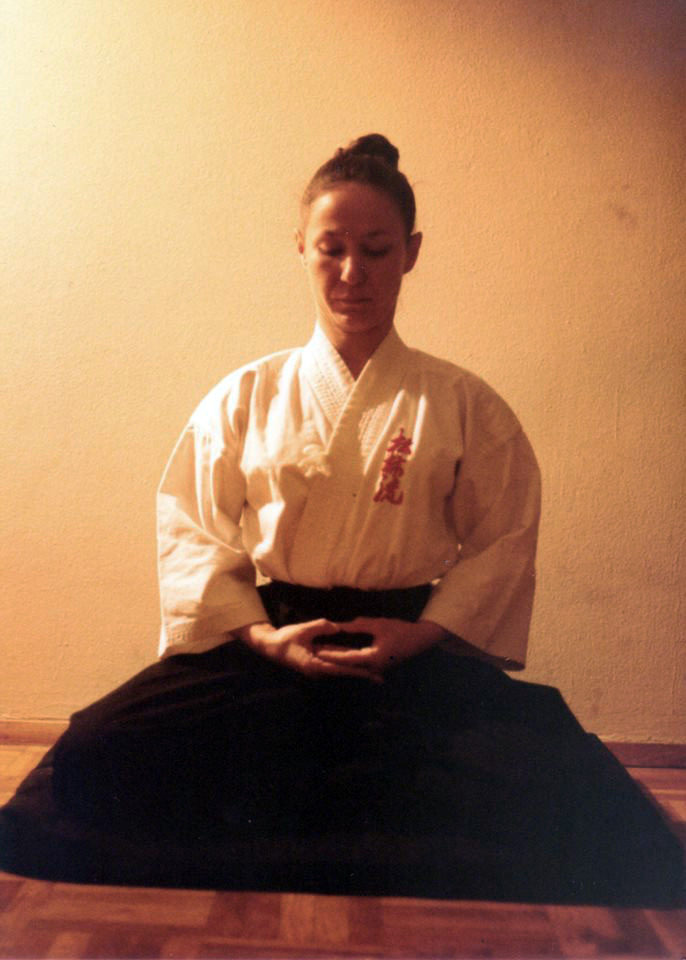 Q: Did you continue experiencing the Zen influence of the style while training in Nagamine Sensei’s dojo?

Yes, we had zazen before every morning class, and zazen at the end of the last class of the day. Both the morning and the night zazen training were led by Nagamine Sensei. In the very rare occasions when Nagamine Sensei was not there, the training would be led by the next-in-line senior instructor.

Q: How long did you stay on Okinawa and did you participate in demonstrations or competitions while there?

Q: When did you begin serious international travel to spread the art of Matsubayashi Ryu? What motivated you to travel far and wide to countries like Russia, Austria, Sweden, and back to Greece?

I was traveling and teaching during the same years I was on the US Team. In fact, I had two students on the US Team also. Faith Barbera was in Kumite Lightweight Category, and Tammy Harwood was in the Middleweight Category. During those years I traveled and taught extensively in the US and in Caribbean countries.

When I lived on Okinawa, there was a continuous flow of karateka from abroad. My name was given to people who wanted to visit Okinawa, and were told that I would be the person that could help them get into a dojo. I served as a bridge for a huge amount of karateka. Many of those who knew me from my competition days on the National Team saw me on Okinawa performing, demonstrating, teaching, and connecting people to various dojo . . . and so, the invitations to their countries began.

Q: What do you think makes Matsubayashi Ryu a special and complete art? Is there anything in particular you love about it?

I don’t know if we can consider any given art as COMPLETE. We strive to achieve perfection as best we can, knowing we can never reach that pinnacle.

Matsubayashi Ryu shares similar elements with other Okinawa styles, so I would not call it special or complete. I would say that I feel I made a very good choice. If we consider something as COMPLETE, and we have learned all of its content, then we become satisfied and stop researching further . . . thus, there would be no, or very little future growth.

Q: What are your goals with the Bubishi Karate Do Organization, Inc.? How do you hope it helps the karate world?

The Bubishi Karate Do Organization is a not-for-profit organization registered with the State of New York. Since I am not in the United States at this time, it is only in name. I do not charge membership fees. I only charge teaching fees. There are no contracts and no agreements. Simply the students learn, and are awarded their ranks without charge. They are free to learn as they like, and from other persons as well. There are no restrictions, except that the techniques must be acquired to the best of their abilities as were dictated by Okinawa.

I originally had my HQ in Brooklyn, NY. Besides the martial arts programs, we had a painting class once a week, monthly field trips, weekly outdoor trainings, dances, and an after school care program where students were assisted with their homework. A hot organic meal was served daily. 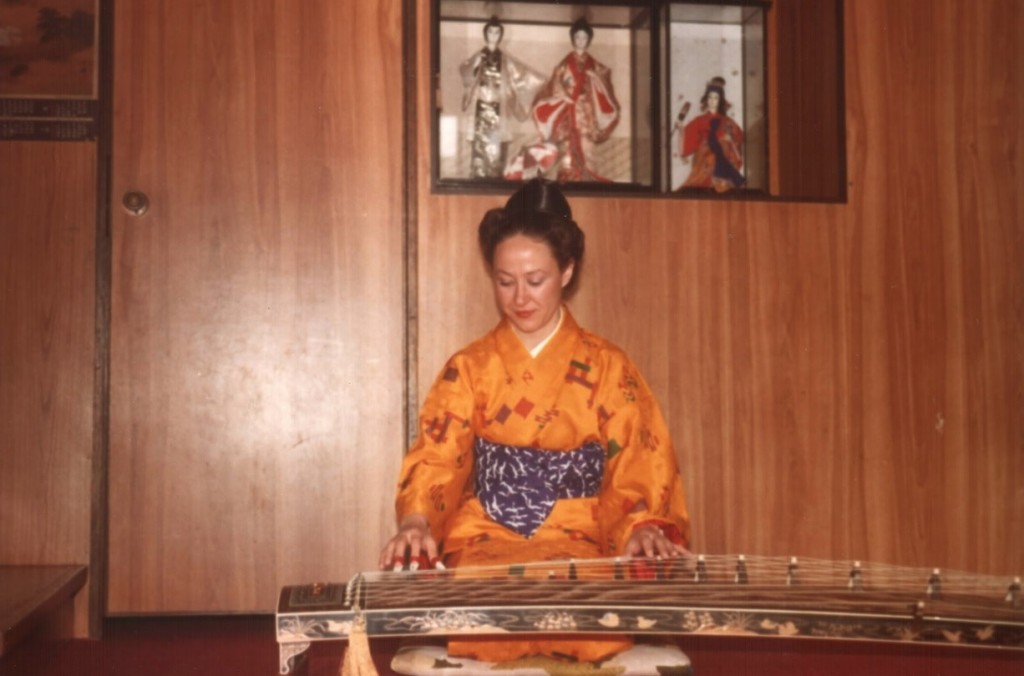 Loukopoulos Sensei playing the Samisen and demonstrating the diversity of her cultural sharing.

All of our instructors came through the ranks. They were paid well, but had to maintain a B+ school average if they were still in school. Self-esteem grew large in this ghetto dojo. Students excelled, and many went on to college with full scholarships.

In Greece I do not have a dojo. The Greek government controls all sports, and therefore controls the Amateur Karate governing body. Okinawa karate styles are not recognized, and therefore, they are not sanctioned. So, I teach privately, in my home, in other people’s homes, rooftops, beaches, parks, mountain sides, etc., and I do get the job done. Last month, December, we had our first Shodan in Ryu Kyu Kobudo. I consider it a milestone since I am operating under the radar.

Q: What qualities did you see in Okinawan and Japanese dojo(s) that you think the Greek, USA, and European dojo(s) would benefit from emulating?

So, unless the western person actually learns and feels respect, he will not really know the feeling of respect in the dojo. It is simply “acting.”

Q:You have a number of books on the horizon – could you tell us what kinds of books you have prepared and what people might learn from them?

Hundreds if not thousands of books have been written on almost every aspect of the martial arts. Each book is unique and has something to offer; therefore, I am not going to devote too much space on techniques, but on the teachers themselves. I lived with them in and out of the dojo. I stayed on Okinawa until, one by one, they passed away. I kept daily journals, and although I could not write everything, I will try to present the readers with a journey through my eyes.

Q: Do you still travel to teach seminars? Where can people contact you if they want to discuss that possibility?

Yes, I do travel and teach. Interested practitioners can reach me via Facebook, and also, via email: kloukopoulos2001@yahoo.com.