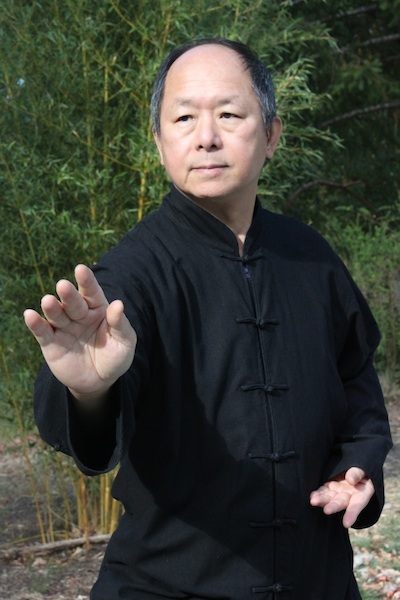 This is a continuation of the interview with Dr. Yang, Jwing-Ming (part 1 can be found here). Dr. Yang is one of the premiere Chinese stylists in the United States and has been integral in preserving and sharing classical Chinese arts. The following Q&A explores his efforts in coming to America and his prolific production of written and video material.

MA: Were you hesitant to move to America knowing that you would no longer have access to your instructors?

Dr. Yang: No. Though I love martial arts training, I knew it was not possible to use martial arts as my career at that time. The success of my future career was very dependent on getting my doctorate. Without it, I would have been in a very competitive job market and would have struggled very much supporting my mother and my family. Not many people had the opportunity to go study in America and I had earned a scholarship to attend. Graduating meant job security. It was unheard of and virtually impossible to turn down an opportunity like this.

I always believed that after I received my doctorate I would return to Taiwan to continue my training. Sadly, Master Cheng passed away two years after I moved to America. I felt like I lost a big part of me. Master Cheng had truly been like a father to me. I lost a lot of heart to return to Taiwan after that. Additionally, I eventually decided with my wife that raising our kids in America was better than in Taiwan, given the political mess and the competitive schooling system of Taiwan back then. I was disappointed to stop training under Master Li, but by then I had my engineering job, my kids, my wife, and a mortgage to worry about. It was in this manner that I would eventually quit my engineering job to dedicate my life to YMAA. Master Li came to visit several times while I was in Boston and also attended several international YMAA camps and seminars around the world.

Dr. Yang: There were a few Chinese martial arts teachers who were not quite happy about it. Some of them accused me of betraying my country because I revealed martial arts secrets to Western society. However, after I taught and published for more than 25 years many of them changed their minds. They told me that I what I did was actually the right thing to do. Without me revealing such secrets, much of the true essence of the arts would have been lost completely by today. This is true now more than than ever, as more and more old masters passed away without having passed down their knowledge.

Dr. Yang: It is hard to tell. Sometimes it depends on which aspect of training you are talking about. The book "Shaolin Long Fist Kung Fu" published by Unique Publications seems to have made a lasting impression on the external martial arts community overall. I believe it is one of the publications that really helped to introduce Shaolin Long Fist, as I knew it, to the West. My Qin Na DVD series and books have also been popular, particularly amongst Aikido and Jujitsu practitioners. Although many of them knew several of the techniques I teach, some admitted that they never learned them in the way I was teaching them. Many schools and instructors still use my DVDs and books as teaching references today. 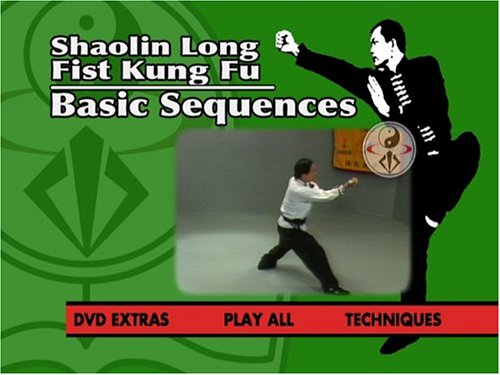 A lot of Karate teachers like my "Shaolin White Crane" book and DVDs. The White Crane book actually made quite a stir when it came out because I openly stated that Okinawan Karate originated from Chinese Southern White Crane. While some were stubborn to believe it, others were intrigued and motivated to research farther into their Karate roots, and White Crane became essential knowledge to them. 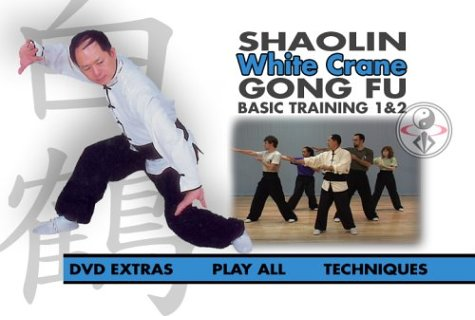 For the internal martial arts society, my publications on Qigong are often described as unique, particularly because I used my physics background to tie in physics concepts and theories to the interpretation of ancient Chinese Qigong documents. The "Qigong Meditation: Embryonic Breathing" book contains a lot of the most updated information from my research. The Taijiquan and Qigong publications have perhaps made a deeper impact than the publications on external styles. I believe this is because the theory for the internal arts is much deeper than external styles.

After having taught Chinese martial arts for more than 35 years, I realized that it was not possible to preserve the arts to the standards of ancient times in modern day society. There are too many distractions. The lifestyle and environment of today are very different from those of ancient times, even just 70 years ago.

I finally concluded that if I wanted to preserve the arts and pass down the true essence of them to the next generation, I must take a group of students to a remote area, away from the distractions of city life, and essentially separate them from modern society. In an environment where training is the priority, I truly believe we can preserve the arts the way they were meant to be passed down. This is how the 10-year program was created. 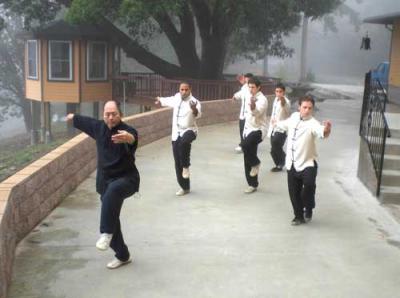 The YMAA Retreat Center will recruit another group of students for five years of training within the next year. They will join the current students for the last five years of the 10-year program. We have about 10 serious students interested in the five year program now, and most of them have already visited the center and experienced life there. I believe that with five years of serious daily training these students will be able to build a firm foundation for their future training and development. They will be behind the 10-year students when they finish, but the goal of the five year program is to create a strong foundation so that they can further train and develop on their own.

1. Most people like to learn, but they do not like to practice. This always results in a shallow feeling of the art. Traditionally, training requires 90% of practice and only 10% of learning.

2. Most people are not serious about deep training in the internal arts. They learn and practice either for fun or health benefits. Of course, this is fine for practitioners with specific goals but the theory and practice of such training is actually quite shallow. The deeper theory and feeling are not important to them, so the more advanced theory and practice are slowly being forgotten and lost. In my opinion, to become a proficient internal martial artist, 50% of theory and 50% of practice are required. Those who are really interested in the internal arts need to constantly search for, understand, and research deeper theory, as well as put it into practice. Without the correct theory they will lack the direction for staying on the right path of training.

Dr. Yang: I am focusing my mind on “planting seeds” for the next generation by dedicating all of my time to training the students at the YMAA Retreat Center. I believe these seeds will help carry the knowledge forward to future generations. To me, this is more important than my personal projects or benefits. If I don’t do this now when I am still able to, I will regret it and feel sad later when I am really about to go.

However, I am still writing when I can find the time, and I plan to write more books together with my son, Nicholas, and my disciples. If I still have time after that I will continue writing about my interpretation of the "Dao De Jing" from a Qigong point of view.

MA: Thank you very much for your time! We all greatly appreciate your efforts in preserving the old ways.