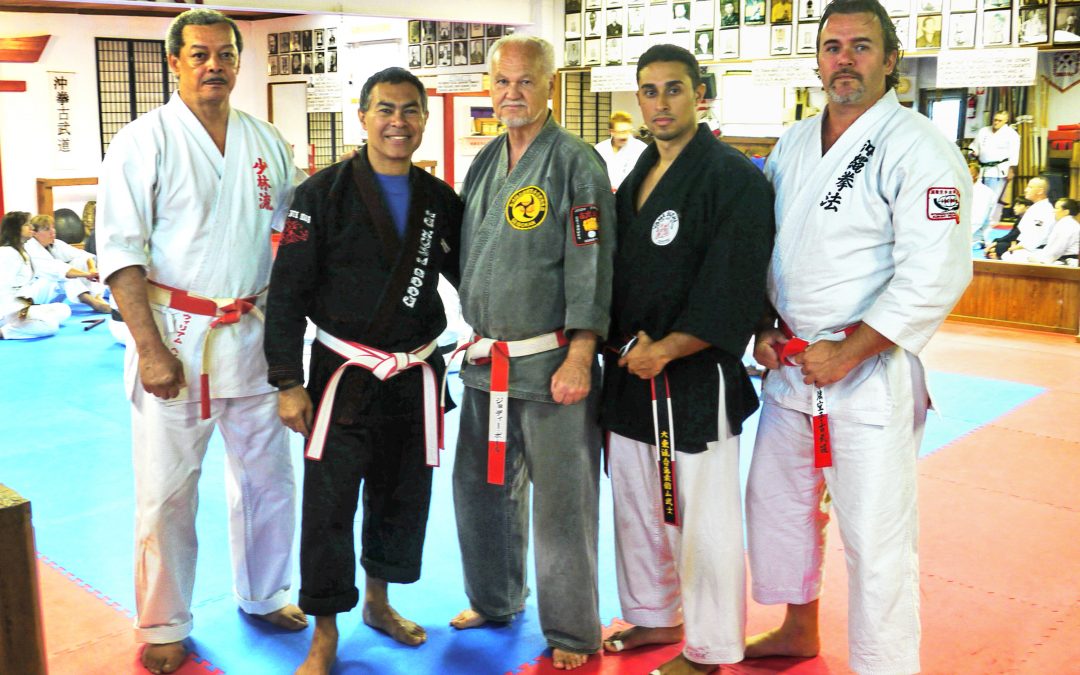 On December 2nd, 2015, Jody Paul Hanshi passed away. He was a positive influence on many martial artists, including myself, so I’d like to take a moment to celebrate his life and impact!

For those who might not have had the opportunity to meet Paul Sensei, he was a senior practitioner of Seidokan Karate and Motobu Udundi. Throughout his long and storied military career, Paul Sensei spent significant time on Okinawa learning from the great masters. He was a close student of Toma Shian Sensei, and worked with the approval of Toma Sensei to expand Seidokan’s influence in the United States.

For more about Paul Sensei’s background, please visit this memorial constructed by C. Bruce Heilman, a close personal friend of Paul Sensei. You can also read the interview conducted with Paul Sensei featured on this website.

Paul Sensei was the founder of the International Seidokan Motobu Ryu Rengokai and an instructor of karatedo and kobudo for decades. He integrated his primary experience in Seidokan with influences of Motobu Udundi, Okinawa Kenpo, and Shorinji Kempo. As a result, he was a unique practitioner who was always able to provide insight into the development of other artists.

In addition to being a skilled karateka, Paul Sensei was also a master storyteller and affable personality. It was a pleasure sitting around the table with him, enjoying a beer, listening to tales from his past. Paul Sensei embodied some of the joy and playfulness that is inherent in the Okinawan spirit.

My Time with Paul Sensei

I first met Paul Sensei during one of the many seminars he conducted at the International Karate Kobudo Federation’s Annual Training. I was immediately impressed by the fluidity of his movements and just how different his techniques looked from the beginner’s block-and-punch understanding of karatedo.

Paul Sensei’s knowledge in tuidi influenced the way he moved in all of his kata, including his kobudo. He often shared drills that could be used both empty hand and with weapons.

I was able to personally attend sessions with Paul Sensei multiple times a year. Although I’ve never been able to move quite like him, I definitely believe his training has enhanced my efforts in Okinawa Kenpo. The following are a few image of my time with him:

Those of us who knew him will do our best to keep his training and love of karatedo and kobudo alive. It’s my hope that his direct students continue to do their best to share the depth of his knowledge with the next generation.