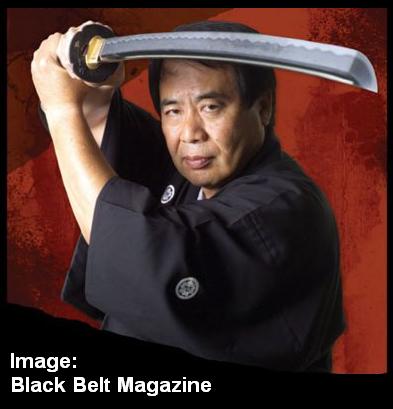 The martial arts world has lost another luminary. Shimabukuro Masayuki, most well known for his strong leadership in Muso Jikiden Eishin Ryu Swordsmanship, lost his battle for health and passed away in the month of September, 2012.

Shimabukuro Sensei will be missed by many. He was an influential instructor who produced many fine martial artists. He also affected a multitude of lives through his high quality books and DVDs. His martial arts experience was diverse and impressive yet he always held himself with an air of kindness and respect.

It is with much regret that I extend to you all the tragic news of the passing of our honorable teacher Masayuki Shimabukuro, Hanshi. He was the 21st-generation master of the Masaoka line of Muso Jikiden Eishin Ryu Iaido and a founding member of the North American Japan Masters Association. Our mentor and teacher transitioned from his life here with us on September 7, 2012, following a prolonged battle for his good health. The news of his passing will have a profound effect throughout the budo world, but even more so in the world of his family members and friends.

The immediate family will conduct services with appropriate ceremony for a man of such inspiration and humility. On behalf of the Shimabukuro family and JKI/KNBK members around the world, we would like to express our gratitude to our budo colleagues who sent their condolences. We know how much our teacher has touched our lives, and we understand the impact he has had on all those who were in his life.

Mr. Shimabukuro’s eyes were always the brightest when he was in the company of his budo family and colleagues. Our hearts will carry on his spirit for as long as we maintain his sincerity within our lives. He touched us all.

May each of us find peace and solace in his words and teachings. I wish you each a quiet moment of reflection and communion with your memories of a great man and all that he has bequeathed to you during his exceptional lifetime.

With bowed head and heavy heart,

Miura Takeyuki Hidefusa was perhaps the biggest influence in Shimabukuro Sensei's martial arts life, but there were others who helped along the way. Shimabukuro achieved high rank and influence not just in Muso Jikiden Eishin Ryu but in Shito Ryu Karate and Shindo Muso Ryu Jojutsu as well, not to mention his high proficiency in kobudo and Judo.

In His Own Words

We are fortunate in that Shimabakuro Sensei recorded many of his lessons in book and DVD format. As such, we have a lasting record of his methods and skill. Furthermore, he made a conscientious effort to help his senior students grow, many of whom continue to pass on his teachings all around the world.

The following is a brief interview with Shimabukuro Sensei wherein he explains some of his theories on kenjutsu training. He also provides insight into why he decided to dedicate his life to Muira Sensei's iaido:

Our Best Wishes to Students, Family, and Friends

To the family and friends of Shimabukuro Sensei we offer our sincerest condolensces. To Sensei's senior students we offer our support and encouragement in continuing the old ways of Budo. Losing an honorable figurehead is never easy, but the goal of the arts is to carry on and so it will.

As a final note, please watch Shimabukuro Sensei perform his forms with the precision, clarity, and grace he was well known for: