How to Capitalize on Striking (Even for Non-Strikers)

Last weekend I had the chance to train in DaitoRyu Aikijujutsu. DaitoRyu is a branch of the jujutsu family and was developed by Takeda Sokaku. One of the most famous students of Sokaku was Morihei Ueshiba, the founder of Aikido. 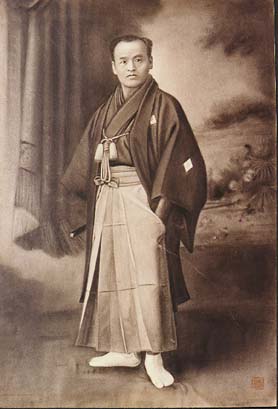 During our training the instructor presented us with various self defense situations, and from time to time would ask us to show him how we would react. During each event I did my best to apply solid techniques as quickly as possible.

Eventually the instructor said to me, “That’s good, but you’re making a lot of assumptions aren’t you? You’re thinking he’s going to stand that still, be that loose, and let you do these techniques without a rough struggle? You gotta hit him hard. bang! Loosen him up, then apply your technique.”

At first I was a little embarrassed because an aikijujutsu instructor had to remind me, a karate guy, to do some hitting. But then I realized that he wasn’t providing advice from a stylistic perspective, but from real-life experience, having dealt with conflict most of his life through law enforcement in the Bronx.

The Value of Striking

The art side of martial arts can be a bit ensnaring. With a skilled, cooperate partner, it’s easy to come up with extremely impressive techniques. Over years of practice, we can develop an almost “magic-like” effectiveness as we learn the exact buttons to push on our fellow practitioners. Unfortunately, this cooperation also leads to bad assumptions about how violence and struggle actually takes place.

When dealing with true conflict, you can never be sure of the physical or mental state of an opponent. An assailant could have steely arms which make wrist locks useless. They could be tweeked on mind bending drugs, nullifying any pain-inducing techniques. Their nervous system could be just a bit different than you expect, making your vital point strikes inefficient.

In unpredictable situations, you want the most reliable and simple techniques possible – and in most cases those techniques are going to begin with hard striking.

The problem with beginning your self defense with wrist locks, escapes, throws, or other maneuvers is that you haven’t done anything to disrupt the mental rhythm of your opponent. As you move, there is nothing stopping them from adjusting and moving with you. Of course, your technique might still work, but you’re relying on the inability of your opponent to cope rather than utterly stopping their ability to cope.

A hard strike to a vulnerable part of your opponent’s body will immediately shift their train of thought from attacking you to dealing with the injury you’ve inflicted. As their brain is being fed alert signals from the damaged part of the body, you can swiftly move into your jujutsu, judo, or aikido technique since the overall strength and tenacity of your opponent is temporarily nullified.

The Importance of Location

Striking just anywhere isn’t going to do it. There are some individuals who are in such great shape that you can slam them as hard as you want in the pecs, abs, arms, and thighs and they won’t be slowed down by it. Instead, strikes have to come quick and hard to vulnerable locations like the throat, eyes, ears, groin, and joints.

Even for opponent’s who are enraged or on drugs, a balance inhibiting box to the ears or blinding jab to the eyes will give you an immediate advantage.

When learning self defense, even at a beginner level, always utilize some sort of distraction. Even if you are trying to learn a specific joint lock or throw, start off with something that will freeze your opponent’s mental state. Good self defense comes from good practice, and if you drill distractions into your routine there is a much better chance they will be there when you need it.

For non-striking practitioners such as aikidoka or judoka, stick to your curriculum but try to learn from other styles that do utilize striking.

Perhaps next we can discuss the other weapons in the arsenal besides striking, and their place in the self defense cycle…