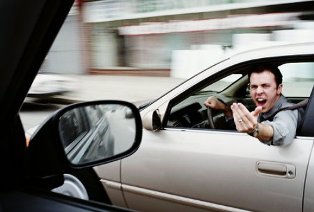 How Does Self Defense Apply to Road Rage? (A Case Study) 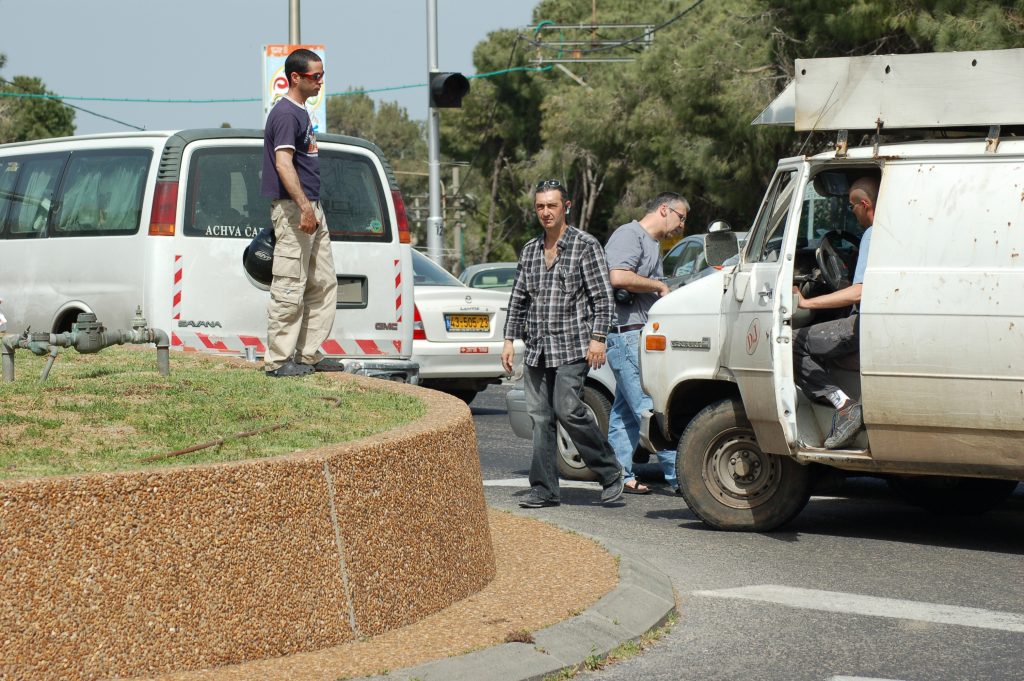 In the self defense world we always stress the importance of awareness and good decision making. With a little preventative maintenance, any individual can reduce their public risk of assault and harassment. Quick fixes like avoiding dangerous locations, cell phone distractions, and public intoxication are great first steps. However, no person is completely safe from danger, no matter how well prepared they are. One perfect example is road rage.

Aggressive driving is commonplace in the modern world, accounting for about 66% of traffic fatalities in the United States1 . Unfortunately, it is also cumulative. Much like the Broken Window Theory, the more people are exposed to aggressive driving, the more they believe it is the norm, and thus, acceptable. Road rage incidences start off as honking, tailgating, verbal abuse, and obscene gestures, but sometimes escalate into situations of physical violence.

Take a look at this video. In it, a young man and his female passenger get into a fender bender with another vehicle. The video begins when the owner of the struck vehicle gets out and starts a confrontation (STRONG LANGUAGE WARNING. To read the full report of this incident, click here.):

Lot’s of anger and potential violence on display! Let’s break a few things down and examine if a fight would have been legally justifiable in this road rage incident. Before we start, understand that laws vary from state to state. I am going to use good general information and opinion, but there is wiggle room depending on your state laws. 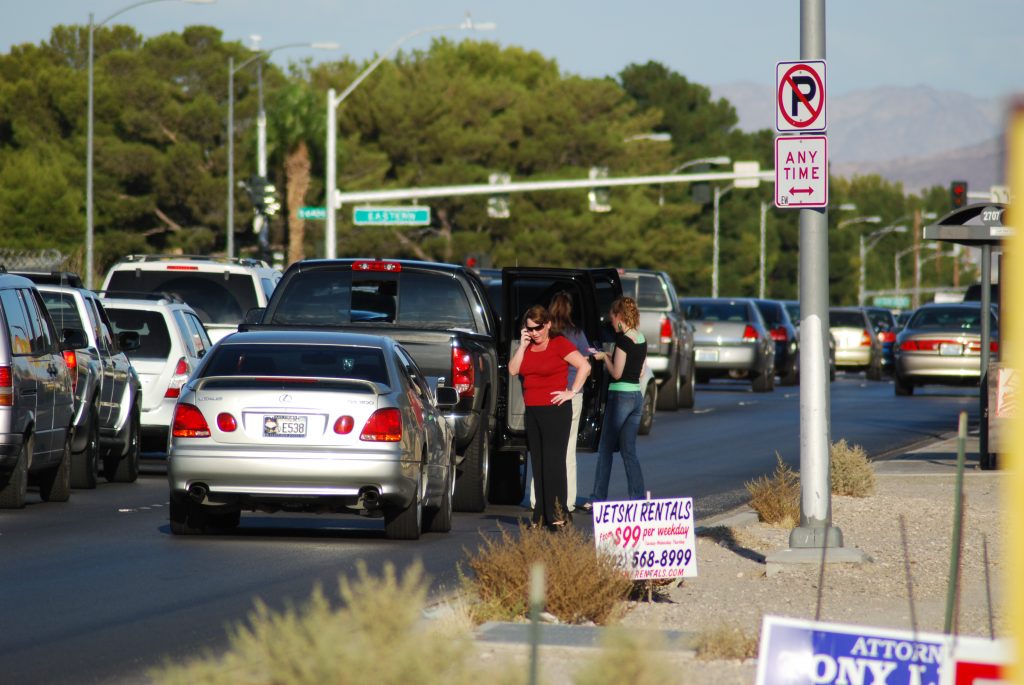 In order to make any conclusive judgement about the need for self defense in this situation, we first have to cover a few basics for accident protocol2. From the context of the video, we can assess that this was a fender bender type of accident. No one was injured and the angry aggressor mentions “rear-ending”. Usually rear ending accidents are the fault of the person in the back as they have control of proper driving distance. Even quick stops are generally considered the responsibility of the rear driver.

In fender benders, it is typical to pull the accident off of the main roadway. Pictures are generally taken as early in the process as possible, even before moving the accident if traffic allows. Serious accidents are not to be moved. In any accident that leave vehicular damage, both parties are expected to wait for police to arrive in order to report the incident and share their side of the story.

Assessing the Need for Self Defense During Road Rage

On to the big question at hand – would a self defense encounter have been warranted in this video?

We can safely assume that the drivers pulled off of the primary roadway and are waiting for police to arrive. The aggressor (large, muscly fellow) gets out of his car in order to berate the defender (thin fellow who perpetrated the fender bender). When the defender notices how angry the aggressor is, he makes the wise decision to stay in his car and lock the doors. The defender is then tempted multiple times by the aggressor to get out and fight. The aggressor goes so far as to kick the defender’s vehicle, bang on it, and pull at the handles.

To determine if getting out and fighting would have been justifiable self defense, we need to assess the aggressor’s IMOP (Intent, Means, Opportunity, and Preclusion). If all of those criteria are met, the defender would likely have the right to fight.

INTENT – Does the aggressor have the will and desire to cause harm? I think we see in this video that he very much does. In fact, he is overrun with intent, causing him to break into a full-on monkey dance.

MEANS – Does the aggressor have the capability to cause harm? The aggressor is young, angry, and filled with a mix of testosterone and muscle. Although he lacks a weapon, I think it is clear that he could do damage. On the flipside, a 70 year old lady throwing a similar tantrum after an accident would not possess the same “means” (although that video would be amazing to see).

PRECLUSION – Does the defender have the ability to escape from the situation without fighting? We can make a fairly safe assumption that both vehicles in this accident remained operational after the impact. Even though it is common accident protocol to park on the shoulder of the road and wait for police, when the aggressor began his abuse it was well within the power of the defender to drive away.

After assessing IMOP, we can see that “Intent” and “Means” are met, but “Opportunity” and “Preclusion” are not. As a result, getting out and fighting would not have been justifiable self defense on the part of the defender.

Under the video you see the caption: “How you should respond to road rage. Warning: Strong language.” The individual who posted this video was impressed by the self control of the defender who didn’t get goaded into an argument or fight. I was impressed by that also – the aggressor was being obnoxious. However, this is actually a dangerous example of how to handle road rage. The aggressor was in such a state of heightened agitation that, had he gotten his hands on the defender, the beating could have been traumatic and might have extended to the defender’s wife. Furthermore, the defender was lucky that the aggressor did not have a weapon. A gun or any blunt instrument could have granted the aggressor access through the windows of the vehicle, and of course would have lead to serious risks for the defender. 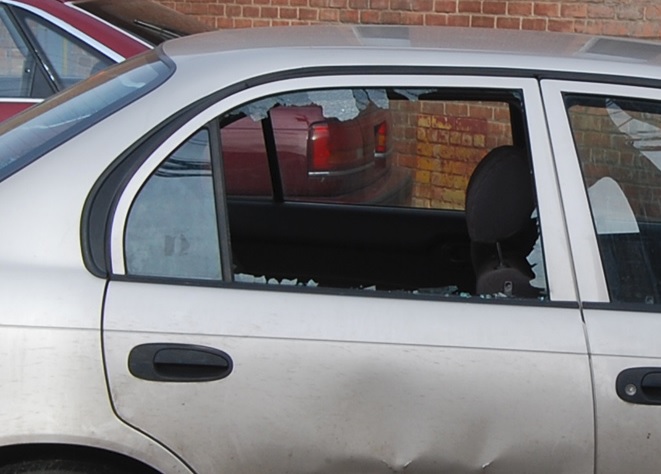 Another problem was the arrival of the aggressor’s friends. Although in this situation they mildly attempted to calm the aggressor down, it could have very easily turned into group violence. You will notice that when the friends arrive, the aggressor goes into an even more frenzied state. This is typical of a full monkey dance as the aggressor feels empowered by the support and hopes to impress his crew with his intensity.

It’s clear that the defender should have drove away as quickly as possible, finding a crowded area or police station while his wife called the police in order to update them on the situation and location. It would have been ill-advised for them to drive directly home or to a secluded location. If, for some reason, the defender’s car did not run in this situation, the wife should have maintained contact with the police while the defender attempted to secure assistance (via phone) from nearby businesses, friends, relatives, etc.

Arguments FOR Self Defense

The following are some arguments that might be made in order to justify violence or fighting. I think some are more valid than others.

The Aggressor Hit the Vehicle – It might be argued that as soon as the aggressor struck or damaged the defender’s vehicle, he opened himself up for counter attack. The justification is that the defender has the right to defend his property. In reality, the damage done to the vehicle did not change “Opportunity” or “Preclusion”. In most U.S. states, feeling threatened wouldn’t have been enough in this scenario. Had the aggressor busted through the window, self defense could have been justified. However, he did not. The defender DOES have the right to sue the aggressor afterward for damages.

The Wife Was Verbally Abused – One big cause of violence between males is the treatment of females. It’s one of those tribal, DNA things we all have as a result of primitive evolution. Even though the aggressor verbally abuses the defender’s female, he does not have the opportunity to hurt her (nor does he directly threaten her). Fighting for the “honor” of his woman would be ego-based for the defender, not self defense.

My Car is My Castle – The castle doctrine in America generally states that a person has the right to defend his/her home, with violence if necessary, when they feel threatened. The castle doctrine varies significantly from state-to-state. For example, Texas and Florida do not require preclusion for home or vehicle – if the defender feels threatened, they may react violently. Other states, like New York and Pennsylvania, require preclusion for both home and vehicle3. The video we are analyzing in this article was filmed in Camp Pendleton, California. In California, the defender is subject to preclusion and could not have used castle laws as a defense for violence4.

There is one special consideration that I want to make for martial artists. After studying martial arts for awhile, most people have the desire to use their abilities for the betterment of society. This sometimes manifests as an urge to exact “street justice” on criminals and bad people. The aggressor in this video is large, obnoxious, and volatile. In fact, he is a perfect avatar for the kind of bully that causes a lot of men and women to join martial arts in the first place. The temptation to get out and deliver street justice to this young man would have been palpable for many of us.

I would remind martial artists of three things when they are confronted with a situation like this:

1. The ego can land people in trouble. The aggressor in this video is a big, fit Marine who is enraged. It’s wise to assume he would be difficult to beat in a fight. In addition, his large friends are nearby. All in all, this is not a desirable fight. Don’t let emotions cloud proper judgement of the situation.

2. Make sure you understand self defense laws inside and out before you carry weapons, especially guns. If the defender in this video had panicked and pulled out a gun, he could have laid waste to a number of U.S. Marines and spent the rest of his life in jail (or worse).

3. Traditional martial arts like karate are designed for life protection, not for street justice. Withholding the hand unless there are no other options is key to karate’s practice and study. This, in fact, is another reason why traditional arts are so valuable in modern society – life protection coincides with IMOP (Intent, Means, Opportunity, and Preclusion). If a person is following the old ways, they will understand the deadliness of their practice and the value of withholding it unless absolutely necessary. Martial artists should watch this video and imagine themselves protecting the life of the young marine by not engaging in combat with him.