This week we approach modern times when the American Green Beret meets the Russian Spetsnaz. I’m excited about this matchup because it is a return to real warriors. Last week’s Mafia vs Yakuza dipped into thug territory and it was hard to root for either. Now we have professionals on our hands.

A Little Bit About Em

The Green Beret and Spetsnaz (sometimes seen as spetznaz or spetnaz) were the finest fighting forces during the Cold War. Still around today, these elite squads are feared and respected for their mastery of modern combat.

In pop culture, John Rambo of the Rambo trilogy epitomized the rugged, effective, and lethal methods of Green Beret survival during the Vietnam war. 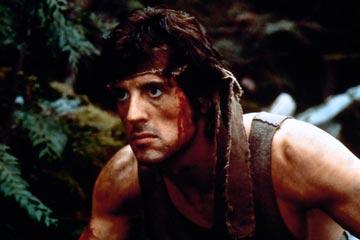 The Spetsnaz, which essentially stands for Russian Special Purposes Regiment, was the soviet equivalent of the Green Beret. Surfacing around the same time (cold war era), Spetsnaz operates under the guidance of the GDU – the main russian military intelligence agency.

The fighters of these two groups not only have skill and know-how, but also lethal firepower. The most important and looked-forward-to matchup is going to be the AK-47 vs the M4.

As you can see, the Green Beret utilized the M4 while the Spetsnaz used the even more famous AK47. These guns have caused a lot of debate amongst firearm afficionados and the results are sure to cause a lot of controversy one way or the other.

My suspicion is that the AK47 will win on sheer reliability and well-roundedness on the battlefield.

As for other weapons, I can’t be sure what they will use. I predict that we’ll see something explosive (as in a comparison of U.S. vs Russian grenades). There will also be a short range knife battle. I’m hoping the Green Berets get a Rambo style Bowie knife just because I think they are cool.

Like with Mafia vs Yakuza, I could definitely use your input! Any gun experts that happen by please feel free to jot your thoughts in the comments section for the rest of us to learn from.

But, with my limited knowledge, I think I’m ready to make my guess. I have to go with the Green Berets. Even though I’ve heard that the Spetsnaz training is harsher and the results more dramatic, I have to believe that American weaponry, intelligence, and know-how will win the day. The success of the Green Berets on the battlefield and behind enemy lines speaks for itself.