This is a story. Once upon a time there was a karate student. The student trained hard and ultimately passed his Shodan black belt examination. Upon returning home from the dojo he threw a large party and invited all his friends, family, and neighbors.

Some years later the same student passed his Nidan black belt examination. Upon returning home from the dojo he hugged his family, called a few close friends, and had a drink in celebration.

Years after that the student passed his Sandan black belt examination. Upon leaving the dojo he quietly slipped his belt and certificates into his bag and walked home, making no effort to draw attention to himself. 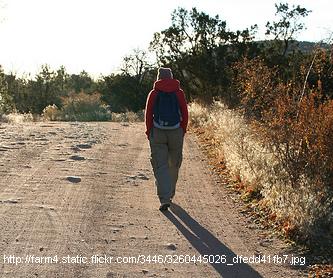 Here’s another story. William Dometrich was the first non-asian student to study under the renowned karate expert Tsuyoshi Chitose of the Chito-Ryu. Dometrich Sensei flourished as a karateka and after his tour of military duty was over he returned to America as a Sandan. While Dometrich Sensei was trying to establish the first United States Chito-Ryu Karate Federation, Chitose Sensei sent him his Yondan rank, which Dometrich Sensei reluctantly accepted with great humility and gratitude.

After a few more years of teaching and building his federation, Dometrich Sensei received word from Chitose Sensei that he was to be promoted to Godan. A week later his certificates arrived in the mail. So aghast by this and overcome by his feelings of inadequacy for such a rank, Dometrich Sensei attempted to hide the certificates in his sock drawer. If it weren’t for the subtle unveiling of the rank by his wife Barbara a few months later, no one would have known about the promotion.

The Difference Between Sharing and Gloating

At one point or another we’ve all felt that rush of enthusiasm regarding martial arts. We want to talk people’s heads off, show them crazy new techniques, and discuss the intricacies of what makes our art so great. This is completely normal and is actually a good sign that martial arts are becoming a valued part of daily life.

As time goes by, this enthusiasm can transform into two different things – quiet determination or loud ego stroking.

In the first story above, the karateka initially wishes to share his success and hard work with everyone around him (which is only natural). As his training continues, he begins to learn about the core concepts that make martial arts what they are – humility, dignity, justice, courage. He starts to realize that flamboyant displays stand in stark contrast with these qualities. Furthermore, he becomes better acquainted with the higher ranking members of his school and federation, which in turn shows him how far he has to go. Ultimately, the black belt runs into the stark realization that he is not a  master, and that if he wants to excel, he needs to quiet down and get to work.

On the other hand – martial arts rank and achievement can give practitioners a taste of success and power that feels so good they wish to reproduce it whenever possible. This kind of person finds excuses to talk about their success. They wear karate t-shirts, talk about fighting or ufc or some such, and quietly hope they can find a way to turn any conversation toward something they’ve accomplished.

Keep it Low Key For Self Defense Purposes

Martial arts arrogance isn’t just annoying – it can actually be dangerous! One of the primary goals of martial arts is to improve your ability to defend yourself, and part of that is the art of deception and posturing. Body language is a huge part of social interaction, and one of the key principles for self defense is not appearing like a victim. To do that, you have to exude a sense of confidence and self assuredness. But, if you go too far and start appearing arrogant and puffy chested, you’ll be just as certain to attract problems.

Troublemakers of the world are looking for two kinds of people – weaklings they can harass, and people they can hammer down because ‘they think they’re so great’. By being very conscious of your demeanor you can avoid both of these stigmas. 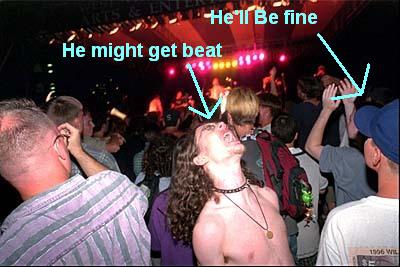 There is one thing I’ve come to learn – real martial artists can size each other up within minutes. Body language, movement, eye contact, demeanor, conversation topics…it’s all so subtle and yet so telling. Think of it this way – when you first started learning how to spar, you probably used big movements and techniques right? But, as you progress, you learn how to control center line and conserve motion, thus allowing you to counter attack with speed and fluidity. Character is the same way.

People who’s personalities seem to entail large strokes are like the white belt beginners and are generally mildly tolerated by martial artists who have learned better. The Japanese as a culture (and in the business realm) are famous for this kind of subtlety and it is just as important within martial arts. An expert martial artist will let you reveal your flaws to him, just as if you were over extending a punch.

Analysis and philosophy aside, you shouldn’t wear obnoxious martial arts attire because it can make you look stupid.

Seriously – this stuff is lame sauce. If you’re promoting something like Livestrong that has a purpose, then I understand. But no one cares about your MMA or black belt status. The best possible scenario here is if someone punches you in the face and says “why didn’t you block it mr. black belt?”

There is a Time and a Place

Blogging…teaching at the dojo…a dinner with fellow students…these are all healthy ways to get martial arts energies out. They are appropriate because you aren’t forcing yourself on anyone – it’s understood that martial arts will be discussed. Even still, in those situations we have to be careful how much we talk about ourselves and not the art itself. It’s a fine line. If you aren’t sure if you’re an offender, just take note of other people that clearly cross the line and make sure you aren’t doing the same thing. In the long run, you’ll find martial arts conversation much more meaningful when nothing is forced or based on bravado.