I was recently at an Iaido seminar working Seitei waza. The instructor, Iwakabe Hideki Sensei, was demonstrating one form in particular known as Sanpogiri.

(For reference, here is Noboru Ogura Sensei demonstrating the form):

After discussion of technical details and multiple demonstrations it was our turn to try. We performed as a group, and then individually. When it was my turn I got up, moved through the waza as best I could, and then waited. Iwakabe Sensei shuffled up to me, smirked, and said:

“Good, but next time don’t walk like an old Japanese man.”

You see, after decades of training Iwakabe Sensei has developed a subtle gait to his walk, taking careful steps so as not to find himself off-balance or tweak any pre-existing injuries. These adjustments over the years were born of necessity and a desire to continue training despite the natural effects of both age and hard exercise.

I was watching Iwakabe Sensei as closely as possible, and while I was focusing on the technique I was inadvertently absorbing everything else. In order to make myself perform like him, somewhere my mind and body decided I needed to walk like him too. This was in no way an actual conscious decision. It was astute of Iwakabe Sensei to catch me on that and correct me ASAP before it became a habit of muscle memory.

The Natural Evolution of Kojin Kata

We often think of kata as these unchanging obelisks of technique, handed down throughout the centuries. Of course, we all do our best to live up to that lofty standard of “unchanging-ness” but never truly achieve it (nor, as it turns out, would we want to).

As a person grows in their understanding of a form it naturally takes on subtleties that the performer may or may not realize they are imbuing into the performance. These nuances can come from mindset, understanding, visualization, and favored ways of moving the body. Another way nuance develops is through age. The combination of mental growth as well as physical aging turns into something known as “kojin kata“, roughly translated as an “old man’s form”.

It sounds slightly derogatory, but kojin kata is far from it. As a martial artist grows they are better able to understand their own abilities (and eventually limitations). The end result is economy of movement and clarity of purpose. Unlike sports competition, classical “do” (“the way”) martial arts are designed to enhance a person’s life, increase longevity, and give a sense of purpose.

For example, this performance by Higa Yuchoku Sensei occured just a year before his passing. You can tell the limitations he has but also his strength of spirit:

Higa Yuchoku is forced to perform his version of Passai in a way that suits his understanding and capabilities. It would NOT be suitable for a young practitioner in their 20s or 30s to move in such a way. This was the point Iwakabe Sensei was trying to get across to me. At my age, I need to move in a way that is either natural for my body type or constructive for body development. 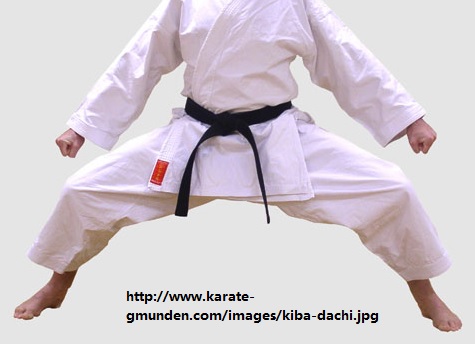 One of the biggest lessons to be learned in traditional martial arts is how to be natural vs how to develop body conditioning. Every style emphasizes both things to a different extent. For example, Zen Nippon Kendo Renmei Seitei Waza emphasizes a lot of body development in terms of flexibility, strength, and balance. The stances used in these forms are long and deep, the movements big and smooth. Old (koryu) styles like Muso Shinden Ryu or Muso Jikiden Eishin Ryu tend to have a more combative focus and thus the stances are higher, natural, and mobile. The cutting and sheathing motions tend to be sharp and quick.

In karatedo, the mix of naturalness vs body development is just as pronounced. Some styles like Shotokan feature many deep stances and large movements ideal for body development. Old Okinawan styles like Matsumura Seito feature body movement that is higher and smaller for combative engagement. This comparison can be done with almost any style, and most styles have elements of both to different degrees.

Connecting all this back to the original point of kojin kata – it’s important to look down the road when practicing your style. Take note of how your instructor trained and how it eventually affected his/her body. Heed their advice in terms of things to do and NOT to do. Most of all, don’t be overly focused on mimicking individuals who teach you at the expense of what they are trying to tell you. Also, remember that arts inevitably grow over time. The only way this becomes detrimental is if those teaching and passing the art along don’t fully understand what they are doing and how it is changing while in their care.