How do you go about exploring an art fully without getting lost in it?

One of the most important elements of any martial art is being able to use it effectively at a moment’s notice. The techniques and methods of the art must be simple enough to ingrain in muscle memory for use when adrenaline pumps and mental decision making could be costly and difficult.

With that being the case it might seem like a mistake to dig deeply into an art or to allow for creative exploration. After all, you’re probably just obfuscating a technique that did what it needed to do in the first place. However, I have found that there is an important difference between simple techniques and techniques with deep simplicity.

Properly programming the body to maximum efficiency is a process that takes a lifetime. However, when a student first joins a school they really need to focus on the basics of how to move. It’s almost like learning how to walk again. The hands move in such a way, the legs in another way, the body weight shifts here and there…half the time the end goal for each class is to not trip over yourself.

Launching into the full complexity of an art right away is neither effective nor productive.

Drills like yakusoku kumite are often valuable to teach a person what it’s like to get “attacked” (even if it’s under strict controls) and how to program the body to respond.

Kata, sparring, and base level bunkai all help introduce the student to the ways in which they might defend themselves should trouble arrive.

The Fog of Complexity

As the years go by and students get exposed to the arts, they realize there might be more going on than previously suspected. Real altercations are rarely so organized as dojo drills, nor do they end as neatly as we might hope. Grappling, joint locking, pressure points, internal blending, dynamic striking, etc etc start to blip onto the radar as ways to improve overall skillset.

With so much out there it’s easy to get lost completely in the fog of technique collection and creative brainstorming.

Moving from simplicity to complexity is something that often inspires trepidation and hesitation (with very legitimate cause). Nobody wants to become the armchair Sensei who can spout off 20 different vital point techniques but couldn’t actually defend him/herself against Glass Joe from Punchout. 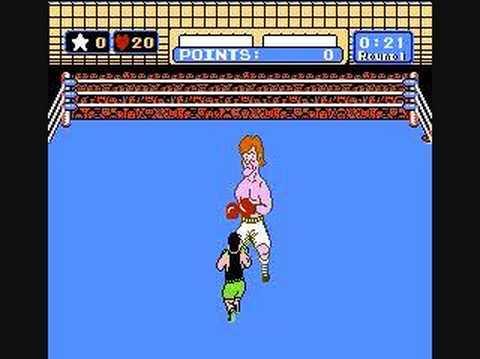 Furthermore, simple techniques with no particularly enhanced explanations still work. A kick to the groin and jab to the eyes requires very little tweaking. Why muck things up?

For me personally, deciding to jump into complexity came when I saw the depth of knowledge possessed by my instructors and how they translated it into their art. Instead of blocking an arm just to keep it from hitting me, I realized I could be activating a vital point for a devastating follow-up technique. Or I could be applying kuzushi at the same moment to off balance my attacker. Or perhaps I could be moving his centerline to make his next attack more predictable and therefore manageable, reducing (albeit never eliminating) the chaos of real combat.

Complexity invites you to explore the possibilities of human interaction.

The Depth of Simplicity

I wish I could tell you I’ve got everything figured out and the fog is gone, but that is woefully untrue. I keep my many limitations close in mind to make sure I don’t get lazy.

However, there are certain things I have been able to bring back to simplicity through depth of study. The amazing thing is that my muscle memory has not gone away, nor has my ability utilize mushin (no mind) in unpredictable situations. Instead I have been able to better understand how to improve the simplicity of my techniques and utilize complex ideas like pressure points, tuite, etc within the same movement that would have been a simple block or punch previously.

The point of breaking down bunkai (kata applications) into minute pieces is not to impress others with your 10,000 ideas, but to get a little taste of why all those possibilities work or don’t work. I have found many situations where I’ve said to myself “I better not do that again”, which is extremely valuable to discover in the safety of a dojo environment.

With deep simplicity the body learns how to improve height, distance, angle, stance, and timing in conjunction with a continuum of strikes, grabs, and manipulations. All of that sounds complex unless you’ve thoroughly explored it and reapplied it to habitual acts of physical violence, such as common pushes, punches, and grabs.

The following is a short clip taken from our IKKF Annual Training (2000) featuring Bill Hayes Sensei discussing a technique that starts out simple, but can be enhanced with depth of study and training. The technique is simple throughout but hardly the same from the beginning of the clip to the end.