“A self-help author who led a sweat lodge ceremony in Arizona was found guilty of three counts of negligent manslaughter on Wednesday…Jurors in the case against James Arthur Ray began deliberating after a four-month trial.

More than 50 people participated in the October 2009 sweat lodge that was meant to be the highlight of Ray’s five-day “spiritual warrior” seminar near Sedona. Three people died following the sauna-like ceremony meant to provide spiritual cleansing, 18 were hospitalised, while several others were given water to cool down at the scene.” – The Gaurdian

James Arthur Ray is a rather well-known and successful self-help “guru”. He has published bestselling books and has appeared on multiple television programs including The Today Show and Larry King Live. 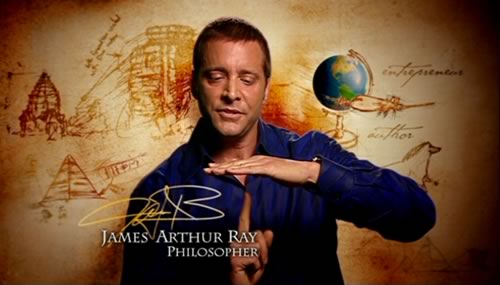 On top of that, James is CEO of James Ray International and allegedly went to South America to study “traditional methods” like sleep deprivation and glass walking.

That’s a thick, powerful resume. Given his natural charisma is it any wonder that people in need of guidance fell into step with him?

The shocking thing is how such a seemingly robust career could be built upon a lethally flawed mindset, supported by questionable credentials revolving around “tough love” and “spiritual warriorship” . The bad part is that this isn’t a one-time misstep for Ray:

“Critics say Ray is a charlatan who preys upon the insecurities of the rich who are looking for meaning in life. They say he operates without regulation or oversight to verify accurate claims or safe methods.[11] According to Grant Cardone, James Ray consulted him for methods in 2000 to increase sales at business seminars, and was warned to teach only sound business practices. After this time, Ray began incorporating sleep deprivation, fasting, fire and glass walking, and sweat lodge methods after studying in South America.[13]

Former attendees of Ray’s seminars have reported unsafe practices and lack of properly trained medical staff in 2005. A New Jersey woman shattered her hand after she was pressured by Ray to participate in a quasi-martial arts board-breaking exercise. After several unsuccessful untrained attempts, the woman sustained multiple fractures during the seminar that was held at Disney World.[14]

Participants of a Ray’s “Spiritual Warrior” exercise in 2006, after signing waivers, were told to put a sharp point of an arrow used in archery against the soft part of the neck and lean against the tip. A man named Kurt sustained injuries during this exercise as the shaft snapped and the arrow point deeply penetrated his eyebrow.” – Wikipedia

Does any of this seem familiar?

Ray is playing off of a concept known as “shugyo” in Japanese. Shugyo refers to a polishing of one’s spirit through considerable effort, pushing through self-imposed boundaries and finding deeper levels of enlightenment. Shugyo is sometimes an event that an individual undertakes, such as running a great distance or training in kata for hours until a new level of understanding reveals itself. 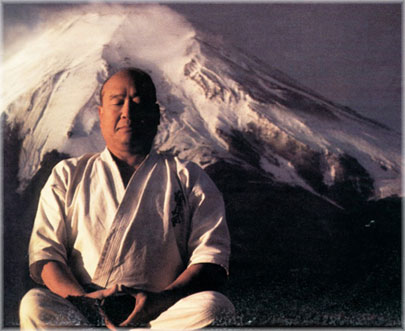 Different cultures express shugyo in different ways, but the core concept is an important part of many ancient societies.

What Ray did was collect what he thought was shugyo concepts and carelessly thrust individuals into the middle of them, creating a sink-or-swim environment that all too easily led to disaster.

Ray’s transgressions are extreme, but this kind of behavior is more prevalent that you might suspect, especially in the realm of martial arts.

Uber-tough guys (and girls too) can be found in any given martial system. Glance around and you’ll find some gnarled old guy ready to tell you about how he used to knock people out, fight for 12 hours, sign blood oaths of dedication, etc etc. Look the other way and you’ll find some young guy with everything to prove, talking about choking people out, training until he pukes, etc etc.

These examples pale in comparison to Ray, but are still symptoms of the same ego-driven perversion of shugyo.

Pushing oneself hard during training is a critical part of growth, but can quickly become mentally and physically dangerous without proper guidance and a healthy amount of experience. Things truly become problematic when individuals take dangerous, misguided habits and attempt to apply them to others.

Even the most thickheaded martial artist has an idea of his/her own limitations. When they apply fierce training to themselves, they instinctively know when to pull back. What they don’t realize is the incredibly different needs and abilities of every single individual they come into contact with. Martial art schools are not Marine boot camps. The individuals coming into a dojo are not all going to be excellent physical specimens, carefully tested and guided to withstand extreme conditions.

Sure, you’ll find one or two pure athletes that can handle just about anything; but you’ll also have a whole bunch of people with full time jobs, kids, health conditions, fears, weight problems, social anxiety, injuries, and more.

The dojo can easily become a pseudo boot camp as led by the alpha-dog, weeding out the very individuals who need training and guidance the most.

Worse yet, the dojo can become a base of operations for a persuasive leader who hides behind things like shugyo to manipulate and abuse students, sometimes for money and sometimes for personal satisfaction.

When persuasion meets perversion we find situations like that of Harry Cook, a famous European martial artist and author who was arrested on multiple sexual assault charges (facts here, opinions here).

Stopping It the Only Way We Can

We can’t control the minds of other people, but we can control ourselves. It’s possible (with careful introspection) to identify when we allow ego, greed, and other natural human elements to creep up and influence us. We can observe cases like that of Ray or Cook and carefully learn from them.

Once we identify what the martial way is not, we can more easily guide our own training and assist those around us.