Over the weekend I had a chance to attend the Cherry Blossom Festival in Fairmount Park outside of Philadelphia, PA. More specifically, I attended “Sakura Sunday”, which was a celebration of various aspects of Japanese culture.

Despite the fact that the cherry blossom trees had bloomed and passed, the event was still full of lively activity and large throngs of Japan enthusiasts. 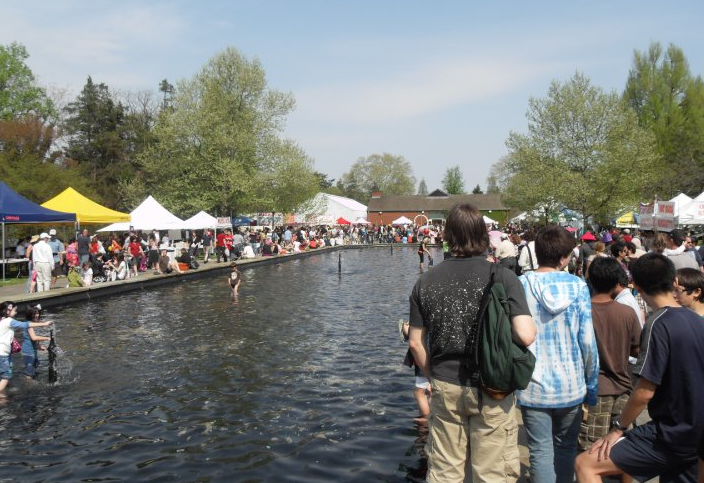 For those who may not be familiar with it, the Cherry Blossom Festival is a large event that occurs during the brief period when cherry blossom trees are in bloom with lovely white and pink flowers. But, as is the case with many things in Japan, the festival holds a deeper significance than simple flower appreciation. Many samurai clans used the cherry blossom as a symbol of their way of life: beautiful and vibrant, but extremely short lived and able to be snuffed out in a moment.

Of course, on Sakura Sunday, that bittersweet sentiment gives way to Japanese hard rockers and cosplay. 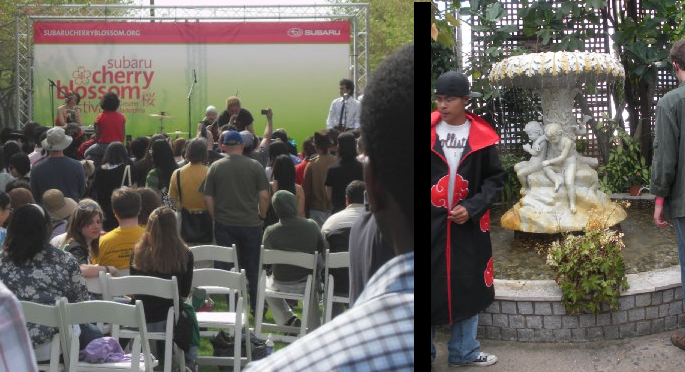 The diversity of events was excellent. The first thing we attended was a sushi making-and-tasting demonstration.  The sushi itself was quite good, but it was the other little odds and ends that came with it that made the experience unique. There was a dessert roll called Daifuku that was made of an unusual gelatin that contained bean paste on the inside. The noodles also had a very interesting texture, quite unlike what you get at a normal Chinese restaurant. 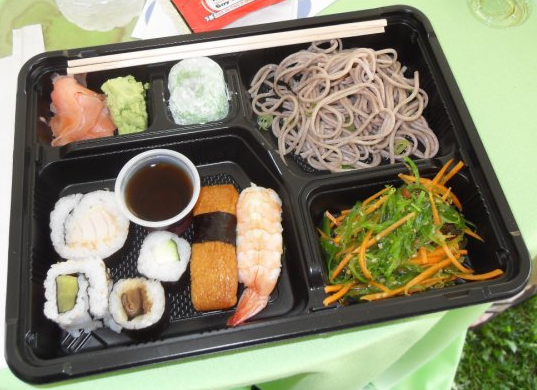 I was also pleased to find out that various martial arts demonstrations had been going on throughout the day. Featured were groups that studied Aikido, Iaido, and Shotokan Karate.

For those who might not be familiar, all three arts are based out of Japan. Despite the fact that karate is Okinawan born, Shotokan is the popular style based off of the teachings of Funakoshi Gichin, who was instrumental in bringing karate from Okinawa to Japan.

There were also a few events that I decided not to actively engage in. The “cutest dog in pink” competition, for example. It’s never been a secret that Japanese people are into some weird stuff, and I simply can’t go along with all of it.

Some other highlights from the day included getting to view a Chado tea ceremony. Leading the demo was a very well-composed and artful Japanese woman, with a knowledgeable man narrating for her (allowing her to stay focused).

Also housed in Fairmount Park is an authentic Japanese dwelling known as “Shofuso” built by Junzo Yoshimura in 1953. The house was designed to illustrate some of the most unique and intriguing aspects of classical Japanese design.

It was a fun time. Unfortunately, I was acutely aware of just how brief a sense we were receiving of each Japanese pursuit.

I wondered, could we possibly appreciate the skill and serenity of the Chadoka in that crowded environment, investing only a few minutes of our time and attention with her?

Part of me knew the passing glimpses of each activity was not enough to understand them even on a superficial level, but I tried to forget that and simply enjoy the festival for what it was: a nice gesture of appreciation for a culture that has given us much.

And, as one Japanese rocker put it: “we glad you like Japanese culture. My English pretty good too right?”

I think that sums it up.