I’m not big on cities. Being in close proximity to nature has always been important to me (as evidenced by the design of this blog).

But living as close to Philadelphia as I do, I would be remiss to miss out on Chinatown so I recently took a trip down with some of my family.

Among Philly’s many sectors (Old City, Fishtown, etc), Chinatown is a very authentic and sizable chunk. While it’s impossible to replicate real immersion in a foreign country, Chinatown provides the sounds, sights, and smells (both good and bad) of the culture.

The first landmark worth noting is the front gate as you approach the main market strip. It is beautifully adorned and kept in nice condition.  We didn’t stop and marvel for too long though as it was 103 degrees out and we wanted to find a nice market or store that featured air conditioning.

Littered amongst the more pedestrian buildings were a few that captured my attention. 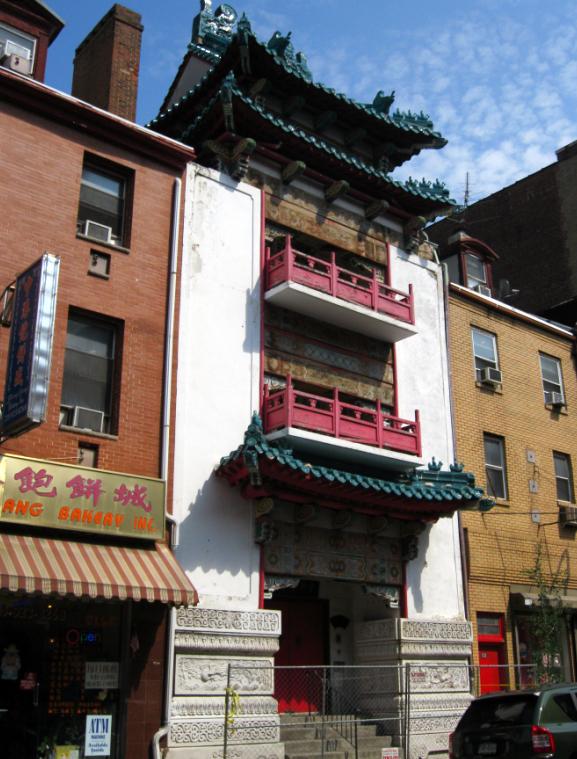 These buildings, while historic, were certainly wearing their age. I would have loved access to explore them but there is little doubt the interiors were rough at best, unsafe at worst. A shame because even with some decay they were far more impactful than the typical city row homes.

One of our main stops for the day was The Bazaar, a deep reaching variety shop that features everything from tourist gifts to traditional instruments. The Bazaar was easily the biggest physical location I’ve ever been in dedicated specifically to Asian goods. 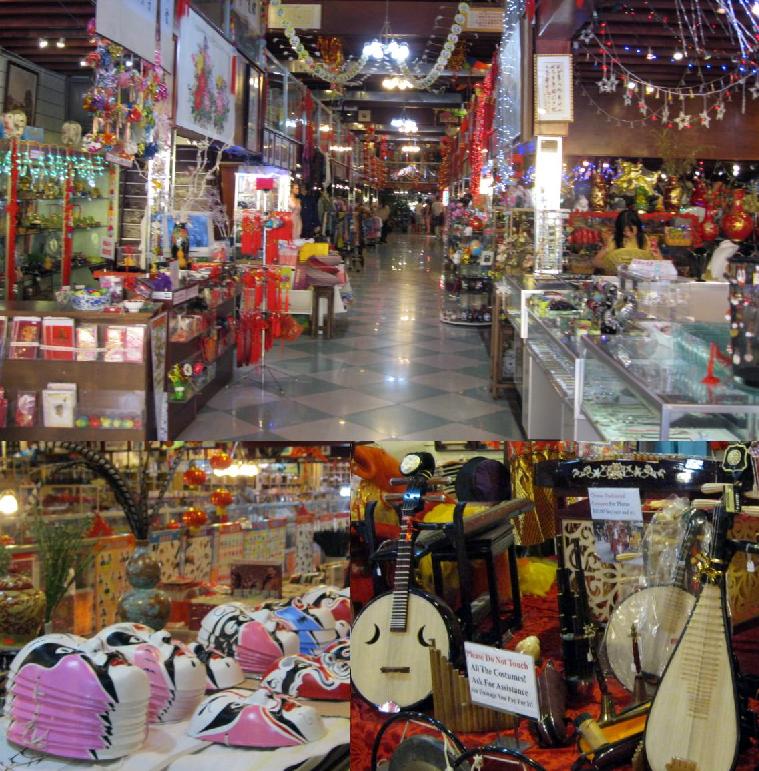 I had to exercise extreme self control to avoid spending a bundle. There were so many interesting scrolls, kimonos, pieces of art, and oddities that it was tough to walk passed any aisle without a second look. It was also a pleasure spotting the curiously out of place items that made it onto the shelves (such as the complete Mr. Bean collection).

Chinatown had a lot of those little quirks that you hope and expect to find. For example, one candy store was running an excellent special on their floor: 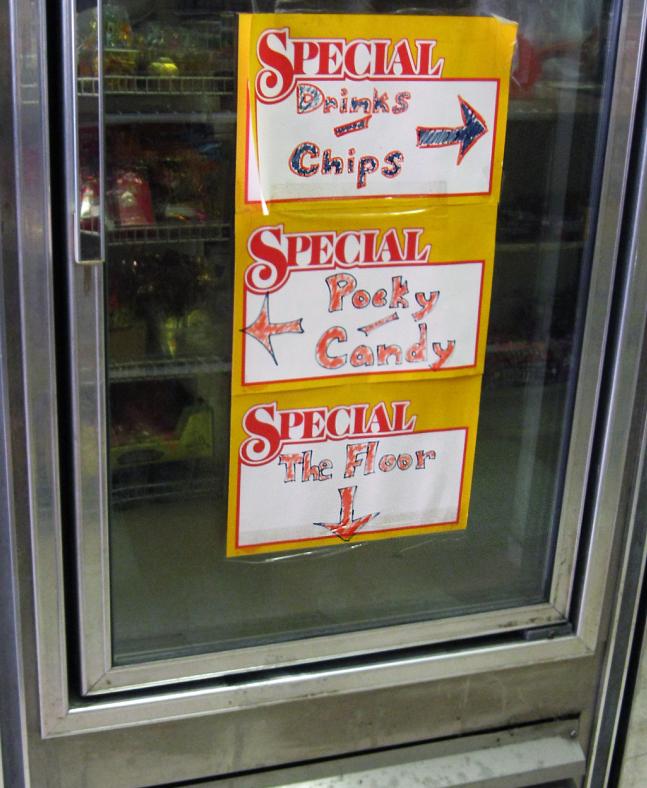 I chose to go in the Pocky direction, but the floor was tempting too.

As we sampled various shops and bakeries I couldn’t help but notice the steadfast street venders. Even out in the 100+ weather there were merchants with various forms of clothes, fish, produce, and undergarments. Basically everything you could need during your day. I chose not to indulge in the street fish though as we were headed to our primary restaurant destination.

The eatery on our radar was an unassuming facility located underneath a convention center overpass (not exactly prime real estate). Nevertheless, we had heard from a reliable Philly resource that this was a hidden treasure. 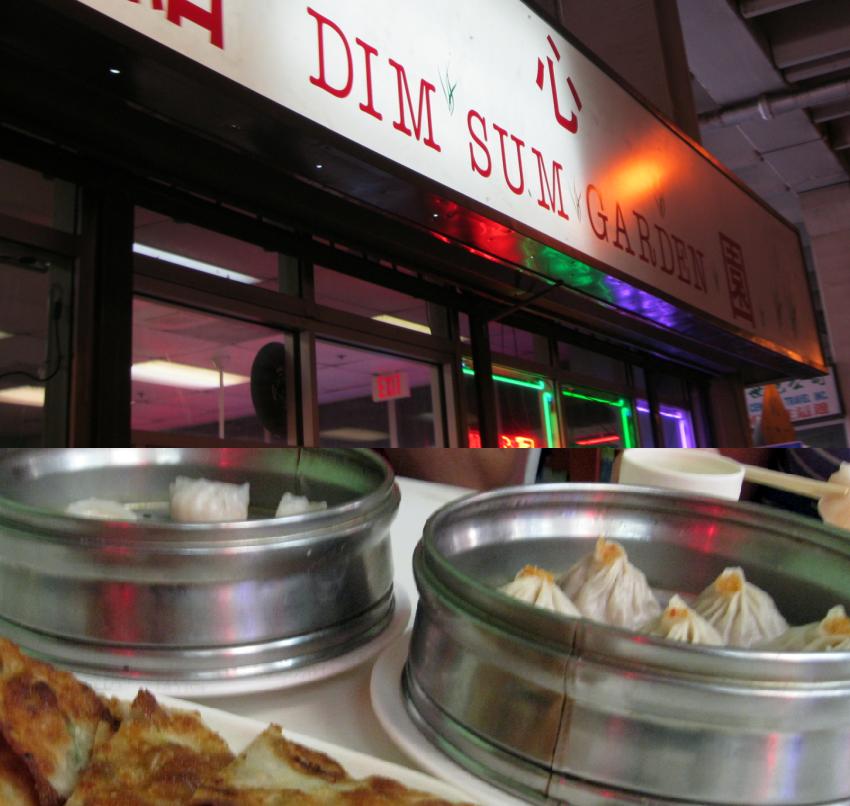 What the Dim Sum Garden lacked in flash it made up for in selection and speedy service. Traditionally, Dim Sum dishes are served by an attendant who wheels out multiple bamboo baskets with varying food items. You then take what appeals to you and are charged at the end. In fact, Dim Sum began as an exercise in tea tasting at roadside inns. Once the Chinese realized it was also pleasurable to snack while tasting tea, the destiny and development of Dim Sum was set.

Our food arrived with much less fanfare. The workings of the restaurant resembled that of a standard Chinese sit-down/take-out, except with a noticeably different kind of menu and procedure. As we ordered our Dim Sum items (such as pork and crab dumpling, steamed shrimp dumpling, etc), they came out in roughly 4-5 minute intervals. Before we knew it we had a whole sampling of delicious dishes in front of us and were enjoying it quite thoroughly.

We took a gamble heading into Chinatown during a prolonged heat wave, but we decided it was worth the trouble in order to enjoy the spirit of the neighborhood. If you ever find yourself in Philly, you could definitely do worse than a visit to Chinatown (no really, you could do a lot worse so don’t wander around).